How Mexican and Cuban Music Influenced the Blues

The pianist and composer Jelly Roll Morton once told an ethnomusicologist that real jazz tunes needed “tinges of Spanish.” 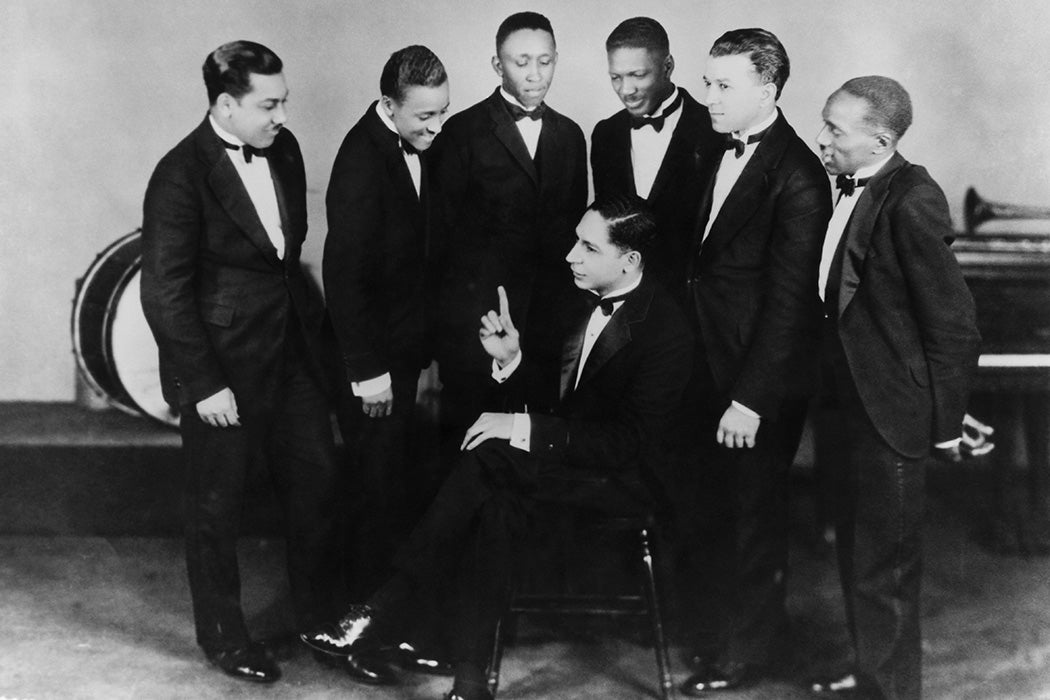 Blues music gets some of its power from its larger-than-life figures, its origins, its storytelling. But it’s more than myths. American blues is also rooted in place, and not just within U.S. borders. Early blues was influenced by the musics of Mexico and Cuba, with the three countries trading musical styles and techniques since at least the nineteenth century.

Musical exchange in Texas, for example, was part of a larger cross-border cultural exchange. Historically, Black people enslaved in the United States often found refuge in escaping to Mexico, where there was already an Afro-Mexican community dating back to the sixteenth century. Ethnomusicologist Peter Narváez explains, “Sympathetic interracial attitudes have been reflected in the history of border relations.” Musically, the blend of cultures resulted in chilena, a style of music that often uses instruments with African origins like the quijada, and corridos, folk ballads that Paulette A. Ramsay describes as “a central aspect of Afro-Mexican oral tradition.”

Mexican influence also found its way to New Orleans’s music scene in the late 1800s and early 1900s through groups like La Orquesta Tipica Mexicana and the Mexican Artistic Quintet, Narváez writes. Musicians like pianist and composer Jelly Roll Morton and his future bandmate Lorenzo Tio Jr., a Creole clarinetist who also had Mexican roots, also combined those influences. As Morton told ethnomusicologist Alan Lomax, “[I]f you can’t manage to put tinges of Spanish in your tunes, you will never be able to get the right seasoning, I call it, for jazz.”

“Afro-Cuban rhythms have been evident in New Orleans […] both through direct contact with Cubans and through the Cuban-influenced musics of Mexican and other Latin American immigrants.”

Early blues musicians in New Orleans also fused their music with Cuban sounds. As Narváez writes, the city’s history, diversity, and location “predisposed it to continuous infusions of Latin and African cultural ideas.” Since the nineteenth century, he explains, “Afro-Cuban rhythms have been evident in New Orleans […] both through direct contact with Cubans and through the Cuban-influenced musics of Mexican and other Latin American immigrants.”

Cross-border influences also showed in the style of play.

The guitar has long been an important part of Mexico’s musical history, with record of a musician playing a vihuela (an early kind of guitar) as far back as 1519. Later, Black musicians encountered guitar players as street performers and, in the recording industry, as artistic contemporaries. Labels “often recorded ‘discos Españoles’ and ‘race records’ on the same days,” writes Narváez, adding that these musicians were likely regularly playing each other’s music, though generally not on recordings.

Piano players like Morton were influenced by Habanera, a Cuban dance music with Spanish roots that may have found its way to early blues from Cuban immigrants, or through networks of Cuban and New Orleans musicians who toured both countries. For example, W.C. Handy (1873–1958), a popular blues composer from Tennessee, incorporated Habanera after a Cuban tour with Mahara’s Minstrels, creating a demand for similar sounds across the U.S.

The influences went both ways, of course, with Mexican and Cuban musicians bringing blues sounds into their work. Uncovering these connections brings new light to the innovations and techniques of musicians from both sides of the border and the long, shared history between them.