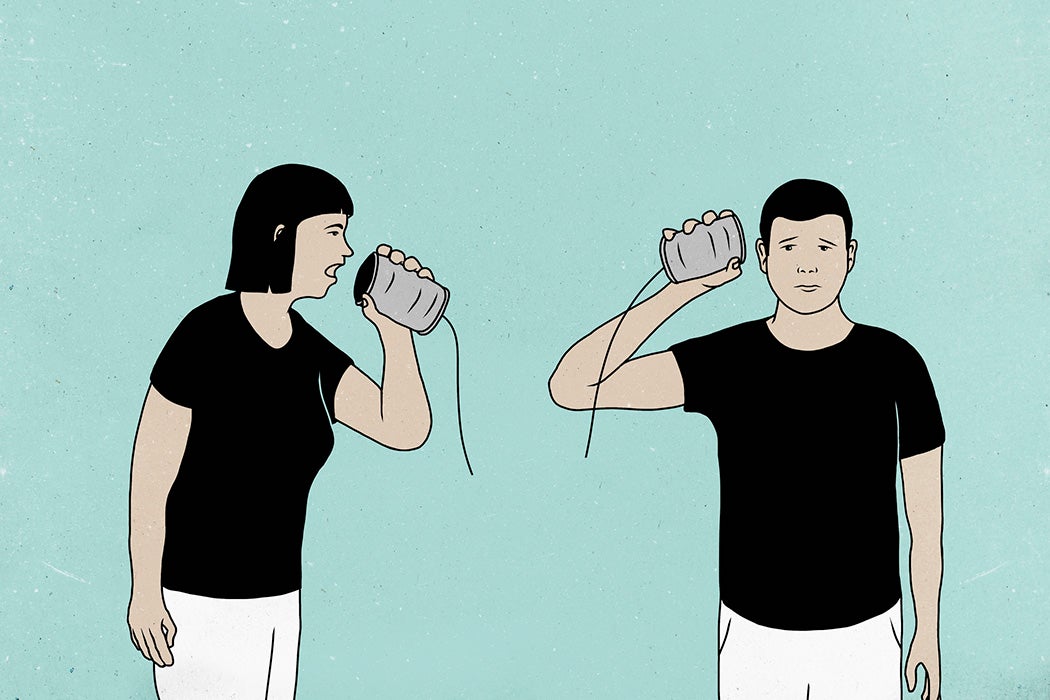 If we are sorted into political communities, plugged into disparate and often contradicting media outlets, then a core question becomes: can we talk to each other? That is, can we discuss, debate, and perhaps deliberate, across our differences? To ask that question is also to reconsider the role of media in a democracy; to shift our focus from the media’s work in providing information or inculcating identities, to their role in facilitating communication, circulating ideas, and connecting voices.

This idea is codified in the First Amendment of the U.S. Constitution, which protects “freedom of the press, and of speech” as a cornerstone of democratic life. In 1787, of course, the press—the printed word—was the primary means of public communication. Along with press and speech, the First Amendment also ensures the public right to “peaceably assemble” and to “petition the government for a redress of grievances.” Those particular rights are rarely considered, but both—assembly and petition—can be understood as critical modes of democratic communication.

The communicative underpinnings of democracy also sit at the heart of the well-known ideal of the “marketplace of ideas” —a metaphor stemming from Supreme Court Justice Oliver Wendell Holmes’ canonical dissent in the 1919 free speech case of Abrams V. United States. There, Holmes introduced into US law the metaphoric principle of a “free trade in ideas” —envisioning a marketplace of negotiation over ideas both true and false. “The best test of truth,” Holmes wrote, is the power of an idea “to get itself accepted in the competition of the market.” The metaphor of marketplace itself invokes the ideal of the Athenian agora, the ancient space of commerce and assembly.

Unlike the market and its function in facilitating commerce, the public square provides space for the reasonable discussion of public affairs.

An important strand of political thought, however, offers a different structuring metaphor to consider the exchange of ideas, suggesting that the root of democracy is not a marketplace but a public square. Both metaphors imagine a gathering place, but unlike the market and its function in facilitating commerce, the public square provides space for the reasonable discussion of public affairs. Here democracy itself is reconsidered as a communicative back-and-forth whose endpoint is not victory for one side or the other, nor the accumulation of capital (either financial or symbolic), but the collaborative pursuit of a shared, and in that sense truly public, opinion. That is to say, the public square is a space for the deliberative exchange of ideas and arguments and the mutual pursuit of the common good.

The emphasis here on deliberation—thoughtful and reasonable discussion aimed at understanding—is deeply engrained in American political and legal practices. Juries deliberate, for example, while the U.S. Senate has long been considered as the world’s “most deliberative body.” More deeply, theories of deliberative democracy hold that processes of public deliberation are necessary to legitimate the very exercise of political authority and of law itself. Democracy necessitates the places and procedures that enable rational-critical discussion among the citizenry and give deciding weight to what the theorist Jurgen Habermas once described as “the unforced force of the better argument.”

From this perspective, the democratic function of media is to fuel, host, and model deliberative exchange: fuel by offering an array of ideas and arguments; host by creating formats in which public representatives can engage in conversation; and model by enacting and demonstrating deliberative practices. Historically, one could see this in the long-standing practice of letters-to-the-editor that conceived of the daily newspaper’s op-ed pages as a mediated form of the public square. Similar ideas inform the tradition of Sunday morning public affairs television programs such as NBC’s Meet the Press and CBS’s Face the Nation, a legacy genre originating in the network era of television and the high-modern ideal of deliberative accountability. In the post-network era, one could see something similar on Jon Stewart’s interviews on Comedy Central’s The Daily Show, an unexpectedly deliberative space of discussion with political, journalistic, and cultural figures.

As the post-network era gave way to the age of digital and then social media, many were hopeful that new communication technologies would empower voices and enable spaces of truly democratic deliberation. That early idealism, however, would appear to be negated by the emergence of filter bubbles—what the legal scholar Cass Sunstein has referred to as “the Daily Me.” For Sunstein, the promise of online deliberation has been replaced by self-affirming opinion enclaves. Sunstein’s research finds that in contrast to open deliberative processes in which one is confronted by, and respectfully considers, differing perspectives, in-group discussion exacerbates pre-existing standpoints, leading to heightened incivility and extremism. The notion of filter bubbles has received some push back. Researchers find that we are indeed exposed to differing voices and opinions online—significantly more so, for example, than we do while watching 24-hour cable news. These encounters with the other rarely result in deliberative exchange, however. Instead, contrary positions function as dramatic foils—a them to our us, the enemy around whom we are called to rally. As a result, in-group dynamics are largely solidified and partisan positions often hardened.

Deliberative democracy is a procedural theory. Its emphasis falls on the processes—the structures, rules, and settings—that enable reasonable exchange. Deliberative speech here is something akin to a baseball or soccer game, a rule-governed exercise played out on a field marked by clear boundaries and agreement as to acceptable practices. Formal political debate, with its explicit rules, might be a prototype (and its demise in recent election seasons a significant democratic problem), but all productive speech needs to be governed, at least implicitly. This point is too often missing in the public conversation about social media and freedom of speech. Free speech has never meant all speech. Legal prohibitions against slander, hate, and threat are well-established, if often challenged. Public speech also depends on unwritten expectations of decorum—a shared understanding that some ideas, words, or behaviors are simply out of bounds.

That, of course, has always been a point of contestation. Who truly gains entry to the public square? Which voices, and importantly, which modes of speech are seen as authoritative, legitimate, or at the least, tolerable? A problem with the ideal of deliberation is its rationalistic bias, which in practice too often limited the kinds of people who could participate, the languages they could speak, and the issues they could address. The power of social media lies in its ability to broaden the discursive field, to enable radically more participants, voices, and perspectives. As every social media platform eventually realizes, though, that point cannot justify the chaos, and perhaps anarchy, of free speech absolutism, which inevitably leads to deliberative dysfunction.

For proponents of deliberative democracy, the challenge therefore is twofold. On one hand, some have recognized the need to design deliberative processes specifically for and within the ecosystem of social media, processes structured to encourage inclusion and reasonableness. On the other, deliberation itself is a learned skill. Educators, particularly at the secondary school level, are exploring strategies of deliberative pedagogy, of requiring and in so doing teaching face-to-face discussion of polarizing political issues. The bottom line here is that democracy ultimately depends on our ability to talk with one-another, and that our media—both mass and social—could do vastly better in helping us to do so.

Share Tweet Email Print
Have a correction or comment about this article?
Please contact us.
democracymediaAdministrative Theory & PraxisColumbia Law ReviewCurriculum InquiryDaedalusDuke Law JournalJournal of International AffairsNational Civic ReviewPerspectives on PoliticsPolitical TheoryProceedings of the National Academy of Sciences of the United States of AmericaPS: Political Science and PoliticsThe Annals of the American Academy of Political and Social ScienceThe Journal of PoliticsThe Public Opinion QuarterlyThe Supreme Court Review 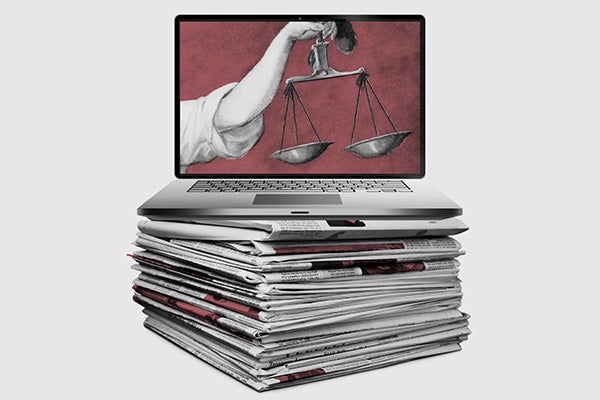