Born enslaved, she made her way to Montana and eventually became the first Black woman to deliver mail on a “star route.” 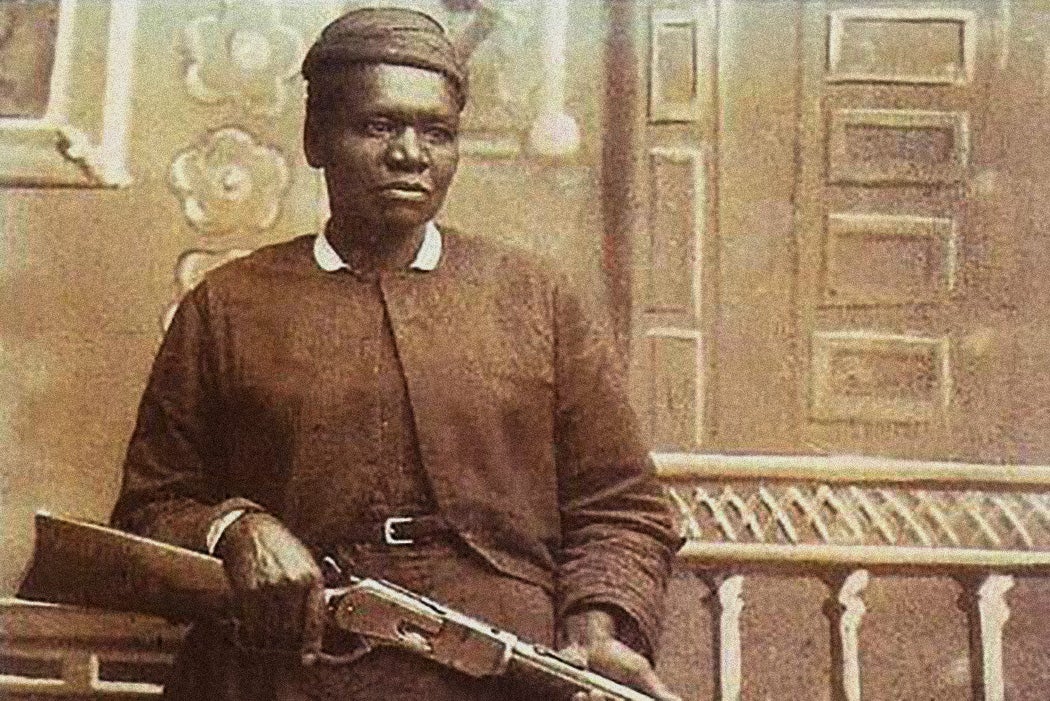 Stories of “Stagecoach” Mary Fields always note the gun she carried, the cigar she smoked, the fights she got into (and usually won). Born in Tennessee in 1832 or 1833, Fields would make her way to Montana where she became, at various times, a mission worker, a restaurant owner, a laundry owner, and the first Black woman to be a Star Route Carrier for the United States Post Office Department.

Enslaved on a farm in West Virginia, Fields was emancipated around 1863. She later settled in Ohio, working at a convent as a groundskeeper. Here her reputation for toughness would be cemented. As historian Dee Garceau-Hagen writes in Portraits of Women in the American West, “By all accounts from the convent in Toledo, Mary Fields was quarrelsome.” And of her temper, one of the nuns recalled, “God help anyone who walked on the lawn after Mary had cut it.”

“In most western territories and states, African Americans comprised less than one percent of the population during the frontier era.”

Fields left the convent, either because her relationship with the nuns was too contentious or because of a financial dispute. But her toughness would serve her well on her next move, to Montana.

When one of the sisters in the convent became ill after several of them moved to Montana to run a mission, Fields moved to the territory in 1885 to help nurse her back to health. With that move, Fields became one of Montana’s small number of Black residents. As historian Roger D. Hardaway notes, “In most western territories and states, African Americans comprised less than one percent of the population during the frontier era. Moreover, the number of black women in the West compared to black men was also small.”

After the ailing sister recovered, Fields stayed on, working at the mission gardening, raising chickens, and bringing supplies via wagon, the latter of which allowed her a certain amount of freedom to come and go as she pleased, although it was incredibly difficult work. As Hardaway writes, one trip to bring supplies found Fields “caught in a blizzard that obscured the road […] She had to stop the wagon and walk back and forth all night to keep from freezing to death.” Another incident found Fields and her horses surrounded by wolves. She “guard[ed] her cargo all night to keep the wolves from pillaging it.” Ten years later, “the area bishop forced her to leave the convent because of her often disruptive behavior.” That included drinking, cursing, and an armed standoff between her and one of the convent’s white workers.

In 1895, the nun whose illness brought her to Montana helped get Fields a contract to drive a stagecoach for the Star Route, a service started by the U.S. Postal Service that used contracted workers to deliver mail to places “too sparsely populated to warrant an official route.” She did this work for eight years, making her the first Black woman to hold this position.

Fields was an unmistakable character in both her actions and appearance. She was tough, and that toughness perhaps made her difficult to get along with. But as Hardaway notes, her life wasn’t so different from others in that place and time: “Like all Montana pioneers, Mary Fields had to be tough to survive in the northern plains.”