The complicated notion of glamour in classic Hollywood, suggesting that stars were aloof and unknowable, was also a means to sell products. 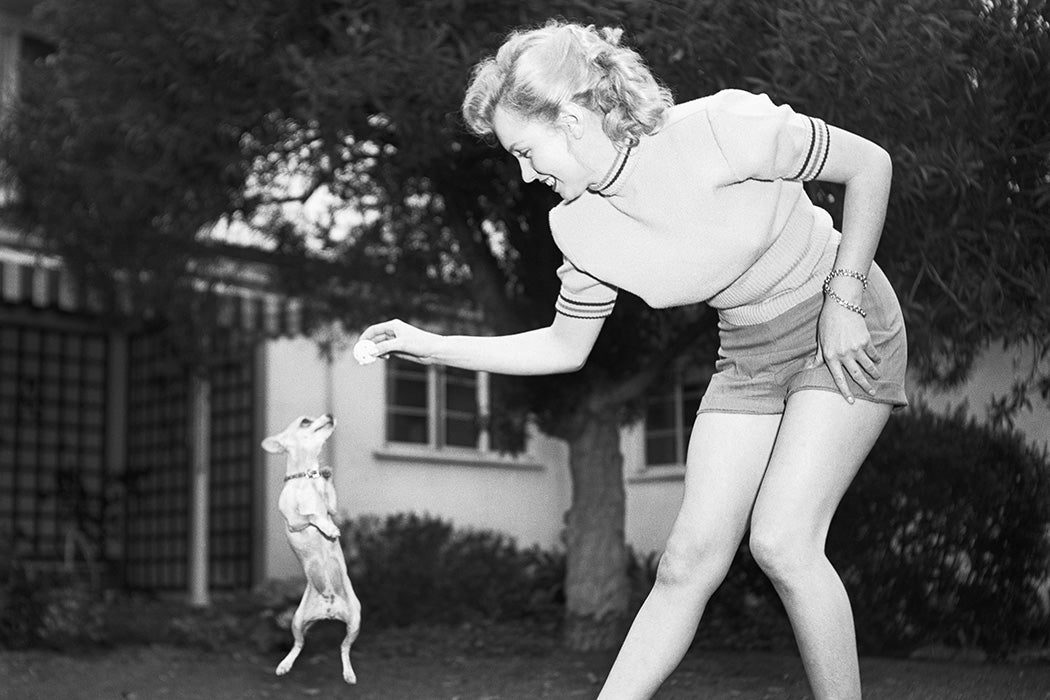 In the September 1932 issue of Modern Screen, actress Loretta Young appears in a full-page portrait. She’s artfully slouched in a chair, wearing a long dress with delicate cuffs that graze her hands and a semi-sheer top that doesn’t reveal so much as suggest her delicate shoulders. She has a cigarette in one hand, and she’s looking away from the camera, creating a distance between her and the reader. You can’t fully know her, but you probably wish you did—if nothing else, to ask her how she does her mascara.

This photo provides a strong contrast to another portrait of Young, printed in a 1936 issue of Movie Classic. In this one, she’s smiling in a simple white shirt, long coat, boots, and pants. One hand is in her pocket and the other is curled around a leash connected to two large, docile dogs. She’s not quite looking at the camera here either, but you don’t necessarily need to know this woman. You probably already do.

The idea was to make glamour seem both attainable and impossibly out of reach to the average fan.

These two portraits encapsulate the complicated notion of glamour in classic Hollywood. Stars had to be beautiful, otherworldly creatures, but they also had to be down-to-earth homebodies, even if their “homes” were sprawling mansions. The idea was to make glamour seem both attainable and impossibly out of reach to the average fan. Maybe you could claim a small piece of it, if you bought the right lipstick—the one advertised in the same magazines that carried celebrity portraits—but you could never quite have it all.

In an article for Film History, cinema scholar Patrick Keating argues that glamour was a concept that could be molded for its times. In 1930s Hollywood, it was “not just a new mode of dress but a new approach to lighting, composition, and printing, replacing the soft sentimentalism of the 1920s with a harder, more modern look.” He points to contemporaneous fan magazine writers like Katherine Albert, who saw glamour as not only a new “fad” but “a trait of a particular category of character or star: the sophisticated and mysterious woman.” Keating continues:

The members of the glamorous type were not identical, but they drew from a limited and recognizable repertoire of attributes (e.g., slicked-down blond hair) and behaviors (e.g., emotional distance). Albert particularly enjoyed mocking one recurring trait of the glamour queens: the tendency of stars like [Greta] Garbo and [Marlene] Dietrich to perform their roles with a minimum of expression.

This aloof, unknowable glamour was particularly important for Garbo and Dietrich, who specialized in playing beautiful sirens who lured men into wickedness. It was a “trait” commonly linked to foreign women—Garbo hailed from Sweden, while Dietrich was German—who were perceived as carrying little bit of mystery by nature.

This trend is extremely apparent in portraits of Thief of Bagdad star Anna May Wong, who, as a Chinese-American movie star, was exoticized to a more extreme degree than either Garbo or Dietrich. In a 1932 photo printed in New Movie Magazine, Wong is shown standing, decked out in a white dress with long gaping sleeves and pearls. She’s leaning slightly, but not stooping, with one arm outstretched and no smile on her face. In a 1934 portrait from Photoplay, she stands in the shadows, hair immaculately coiffed and arms curling into a large dragon tapestry behind her.

But glamour was also a means to sell products, so it couldn’t be unknowable all the time. As Jeanine Basinger explains in her book The Star Machine, magazines mined Hollywood stars for beauty advice, proffering “makeup tips” from celebrities that nobodies at home could put to use. “Women who wanted to look like movie stars were told to paint their eyesockets with Vaseline, which would make them look ‘aglow’ and ‘very sweet,’” Basinger writes. “Discolored teeth could be painted with enamel. Eyebrows could be shaved and reshaped. The Max Factor Corporation sold their Hollywood products to the general public. ‘Glamour for you too!’ screamed an ad for Max Factor PanCake makeup.”

To better sell the idea of glamour for all, stars also had to seem a little like the common people. In interviews, they would share studio-approved stories about their relatable hobbies and families, with photos to back it up. In Basinger’s estimation, stars had to take at least six types of photos, all of which would be disseminated to the press. There were the expected “fashion shots, close-ups, glamour poses,” as well as “cheesecake,” a slang term for pin-up looks. Yet stars also had to have “human interest” photos featuring their babies or pets and even comical “seasonal shots” in their portfolio. (Google “Marilyn Monroe + turkey” for a delightfully deranged surprise.) This levity, this softening was crucial. Loretta Young might’ve looked absurdly poised, even in pants and with her dogs, but at least you knew she had dogs like you. Maybe she even took them for walks like you. Maybe she was a little like you.

To some, most notably portraitist George Hurrell, glamour was little more than “an excuse for saying sexy pictures.” But for the stars that practiced it, glamour was a very careful art. The most enduring celebrities knew when to smolder in couture—and when to smile with their kids. 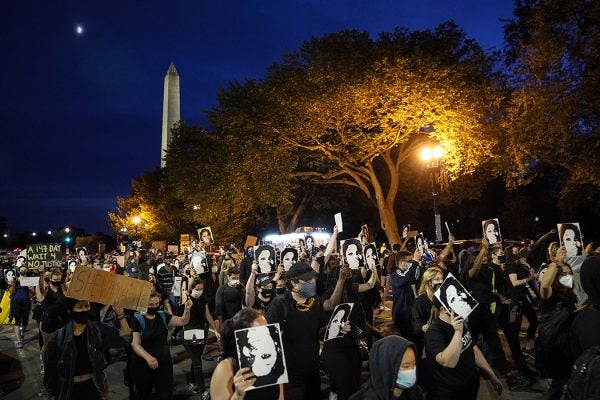 The Ethical Life of Euphemisms

Euphemisms can hide facts that need to be confronted. How do they work from a linguist's point of view?