How Harmonicas Came to America

Harmonicas were invented in Europe in the 1820s as an aid for tuning pianos, but they didn’t really take off until they crossed the Atlantic. 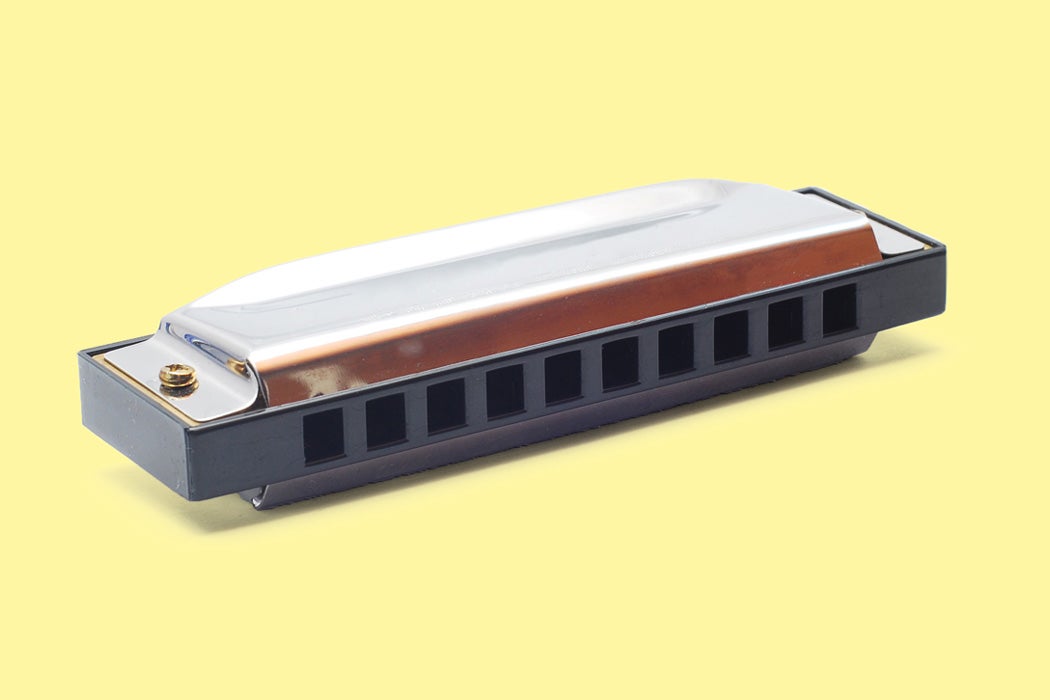 Consider the harmonica: Small, light, and often cheap enough to buy on a whim. Even a beginner can produce a halfway pleasant sound, and yet the instrument is adaptable enough for endless improvisation by talented musicians. It’s no wonder that, as German historian Hartmut Berghoff explains, when the harmonica was first introduced in mid-nineteenth century United States, it became a huge trend.

The harmonica was invented in the 1820s as an aid for tuning pianos. Production of the instruments was labor-intensive, however, and demand was inconsistent. That drove the industry to economically-disadvantaged parts of Europe, where workers shifted back and forth between working in traditional agriculture and taking industrial jobs. By the early twentieth century, almost all harmonicas came from two remote parts of Germany, Klingenthal and Trossingen. Berghoff writes that these two towns produced 30 million harmonicas—seventy percent of the world’s output of the instruments—in 1913.

Why did so many Americans buy harmonicas?

The market for the instruments was mostly across the Atlantic. As large numbers of Germans emigrated to the U.S. in the mid-nineteenth century, harmonica-makers sent their wares with them. At first, the main market was German-Americans who bought harmonicas as souvenirs of home. But in the 1880s, sales took off. Hohner, a major Trossingen manufacturer, went from making 87,000 instruments in 1880 to 2.1 million in 1892, with ninety percent of its sales in North America.

Why did so many Americans buy harmonicas? In part, it was because the instrument showed up at the right time. In the years after the Civil War, the country was industrializing rapidly, families had increasing amounts of disposable income, and distribution systems like mail-order catalogs were on the rise.

The harmonica was also a democratic instrument. Selling for as little as five or ten cents by the end of the nineteenth century, harmonicas were affordable for many people who couldn’t buy a traditional instrument. They were also easy to play, eliminating the need for expensive music lessons. Predictably, Berghoff writes, elites distrusted this easily accessible new instrument as “chaotic and culturally inferior.”

Musicians from a range of backgrounds adapted the harmonica to their musical traditions. Some organized competitions where players imitated noises like the “feral chaos of fox-and-hound chases and the aural magnificence of the steam locomotive.” Harmonicas became popular as gifts for children, and as pocketable instruments for World War I soldiers. (During the war years, German manufacturers set up branch factories in Switzerland. They assembled German parts and sold the resulting instruments to Allied nations as Swiss exports.)