How Emily Dickinson Wrestled with Darwinism

The current vogue for the Amherst poet needs to give credit to the way she readily examined her childhood ideas about fixed and immutable truth. 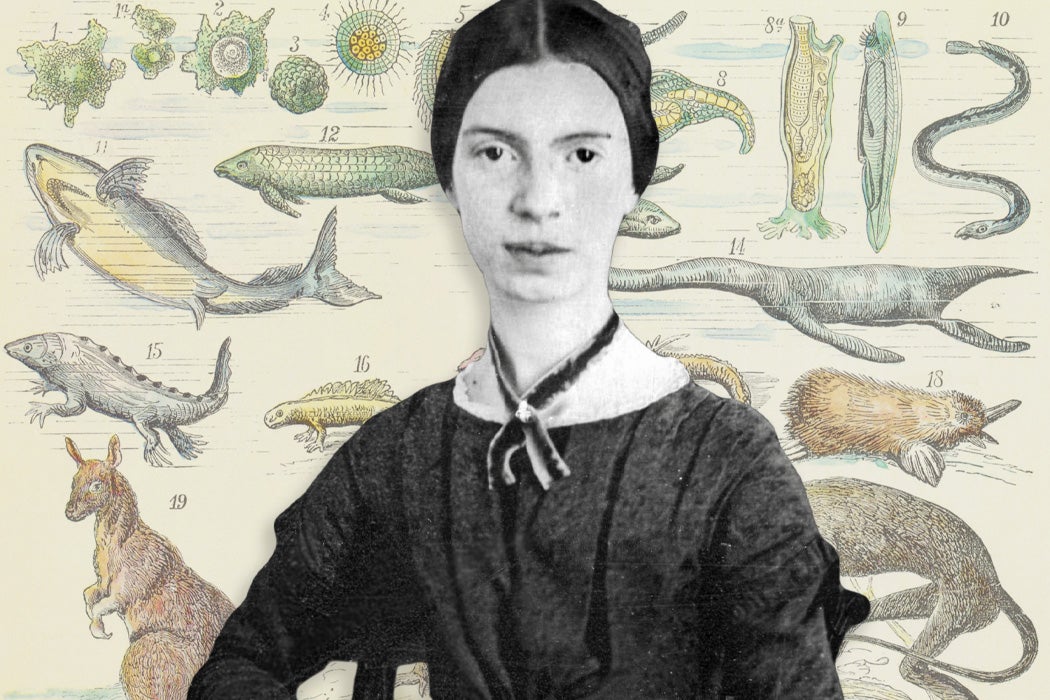 Does Emily Dickinson ever go out of style? A new biography by Martha Ackmann came out just recently. The feature film Wild Nights With Emily, a biographical comedy, is now streaming. The old cliché of the cloistered, mystical New England spinster has long been tossed aside for far more nuanced and interesting explorations of Dickinson’s life and mind. She had, for instance, a considered engagement in the philosophical issues of the day.

As literary scholar Michelle Kohler explains, “Emily Dickinson has emerged from recent studies as an astronomer, geologist, botanist, mental philosopher, and Darwinist—a learned, if amateur, scholar enlisting the scientific and philosophical discourses she encountered rather than an isolate succumbing to forces she could not control.”

“To be learned was not simply to wield facts and specialized vocabularies but to be immersed in their undoing.”

Kohler explores Dickinson’s “rich engagement with scientific and other scholarly disciplines” as manifested in her poetry, particularly in her rich metaphors. As the luck of a contingent universe would have it, Dickinson’s most prolific years coincided with “profound disputes” about the nature of knowledge, how knowledge was produced, and “what ‘knowledge’ might even mean.” The poet, an avid reader of the Springfield Daily Republican (edited by a friend), Scribner’s, Harper’s, and the Atlantic Monthly, was very well aware of these wider intellectual debates. Her poems—the vast majority of which were not published in her lifetime—are a treasure trove of documents showing an adult working through what she learned as a child and a youth.

“In the wake of Charles Darwin’s 1859 publication of On the Origin of Species, to be learned was not simply to wield facts and specialized vocabularies but to be immersed in their undoing,” Kohler writes. “This destabilization was especially disturbing because scientific and other academic pursuits were not sharply distinguished from theological ones[.]”

The theological heritage of Puritanism was strong. One method of research in early nineteenth-century America—the empirical, or “Baconian” method—assumed that an “immutable, intelligent creation” ordered the universe. But the Darwinian notion of “a contingent, chance-ridden world” was quite another way of thinking. Darwinism, writes Kohler, “might produce contingent, mutable units of probable knowledge rather than producing Truth.”

For Dickinson, who lived in the middle of this time of intellectual disagreement, this meant a transition. She had been raised under the dominant approach to science in the first half of the nineteenth century: truth was a fixed entity representing divine order. Darwinians like Asa Gray and others engaged in vigorous debate with Baconians (including at least one influential friend of Dickinson’s family) in the New England journals.

Kohler reads Dickinson’s poems of the 1860s as interventions in “this broad and ongoing cultural assessment of truth and the methods that produce it.” Studying “Dickinson’s engagement with science and its methods, then, is to study her engagement with the broad dismantling of any notion of a stable epistemology or fixed notion of truth, whether scientific or theological.”

Think Dickinson’s poems are elliptical, or disjointed? The times themselves were out of joint. “What Dickinson plays with is the possibility of a revised version of revelation or truth,” writes Kohler, suggesting that the poet, who died in 1886, remains very much our contemporary.

Editor’s Note: An earlier version of this article misidentified Louis Agassiz as a Darwinian. He was, in fact, very publicly an opponent of evolutionary theory. We regret the error and thank our careful readers for pointing it out.

The Apparatus of the Dark: Emily Dickinson and the Epistemology of Metaphor
By: Michelle Kohler
Nineteenth-Century Literature, Vol. 67, No. 1 (June 2012), pp. 58-86
University of California Press 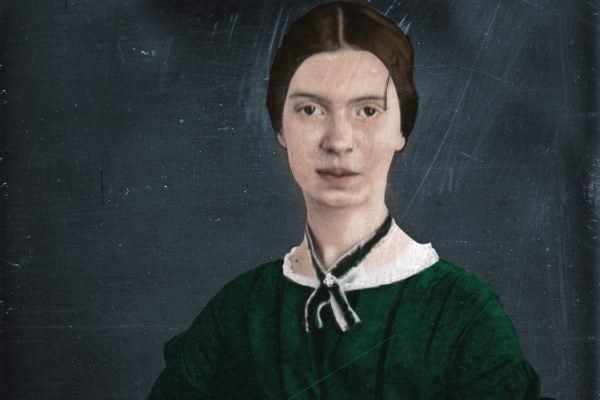 A selection of her poems by one of America's greatest poets.