How Do Insects Survive Winter?

Some species have adapted to get themselves close to freezing without dying. 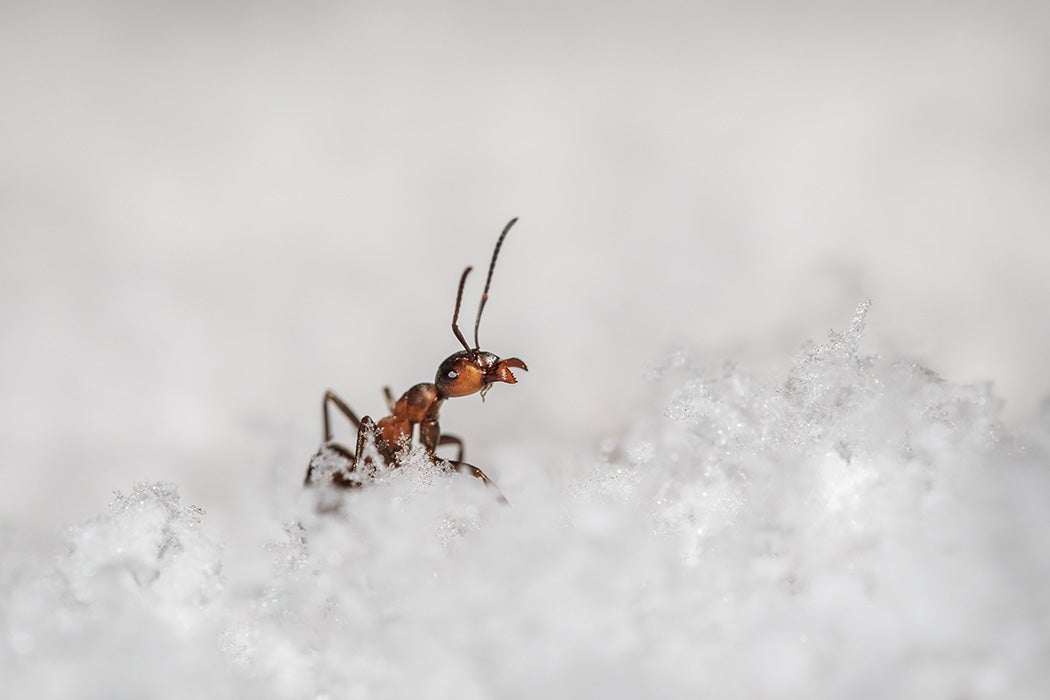 There are many ways that animals protect themselves from the cold. It’s common knowledge that bears hibernate. In preparation for winter, they gorge themselves to increase their fat stores and then take refuge in cozy dens. Some animals spend the winter hiding underwater, underground, or under the snow.

But species that overwinter aboveground must endure longer periods of low temperatures, sometimes well below freezing. A 1996 study by Kenneth B. Storey and Janet M. Storey details the several ways that insects have evolved to survive the winter.

Ice forms in the extracellular areas of their bodies, but not inside the cells themselves.

Arctic insects and similar species will use a process called freeze avoidance. They keep their body fluids liquid, despite the low temperature. Ice forms in the extracellular areas of their bodies, but not inside the cells themselves.

Some species of spiders and mites have antifreeze proteins in their blood to avoid freezing altogether—if they did freeze, they might not be able to reverse it. The process these animals use to survive, called supercooling, allows them to remain liquid before they reach freezing.

Many insects and amphibians rely on what’s called freeze tolerance to get through the winter. This is a process that requires the organism to freeze half of its body and cut down on metabolic practices. In natural freeze tolerance, an insect converts 50 percent or more of its body water to ice. This way, even a small bug can survive a harsh, snowy winter.

There are three primary advantages to freeze tolerance, the process of partially freezing, during winter. First, a species can emerge early, when spring temperatures arrive, as opposed to species that hide underground. “Wood frogs and spring peepers, for example, are active at breeding ponds very early in the spring, weeks before aquatic-hibernating frogs,” explain Storey and Storey.

Freeze tolerance also enables a species to avoid predators. Delaying spring arrival can protect insects during peak feeding times for young predators, assuring ideal conditions for survival. Lastly, species can inhabit unique environments if they can tolerate freezing temperatures. For example, Ellesmere Island in Canada is home to the woolly bear caterpillar, which is largely freeze-tolerant, feeding only in the summer and withstanding temperatures as low as -70 degrees Celsius.

While freeze tolerance and freeze avoidance are similar processes, different species have evolved to prefer one over another, likely due to their environment or metabolic needs.

Winter or seasonably cold temperatures are a routine part of life in many environments. While species that don’t hibernate do not have the protection of snow, their unique adaptations to winter illustrate the diversity that exists in the animal kingdom. 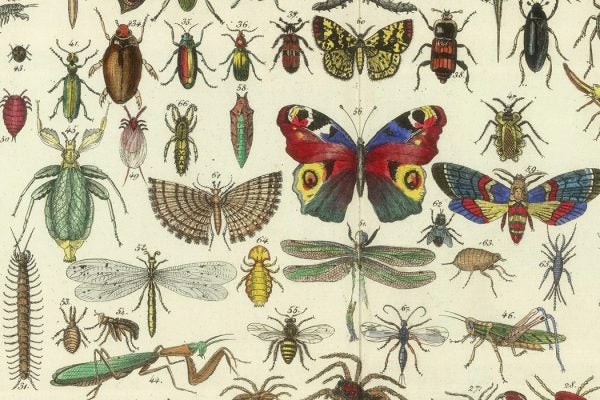