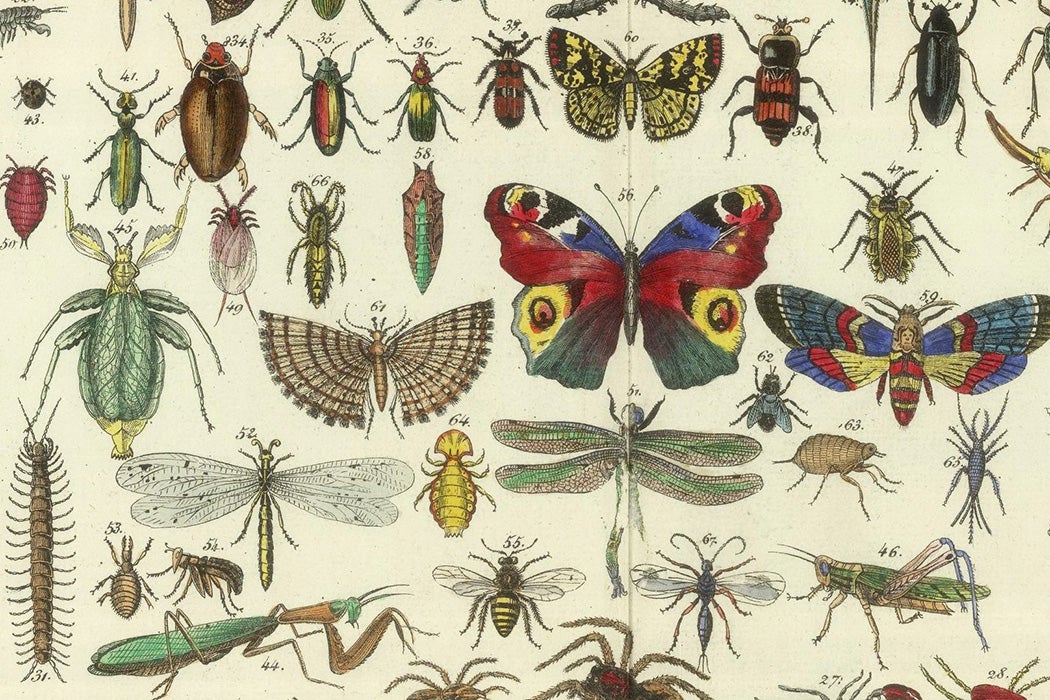 Are insects conscious, capable of a subjective experience of the world? And, if so, can they be moral actors, or victims of immoral acts (like, say, being flushed down the toilet)? These questions interest modern scientists. And, as Jeanette Samyn writes, they also mattered to nineteenth-century naturalists who asked questions about behavior and morality in relation to the nonhuman world.

Writing in the 1810s and 1820s, British entomologists William Kirby and William Spence presented parasites as tools of God. To them, lice represented a punishment for both “personal uncleanliness” and for “oppression and tyranny.”

How could insects’ more disgusting behaviors be reconciled with a universe ordered by God?

Still, Kirby, Spence, and other biologists wrestled with whether insects could be moral actors. Were they driven purely by instinct or capable of some sort of reason? And how could their more disgusting behaviors be reconciled with a universe ordered by God? Charles Darwin wrote that it was difficult to believe “that a beneficent & omnipotent God would have designedly created the Ichneumonidae with the express intention of their feeding within the living bodies of caterpillars.” Instead, he wrote, he preferred to “look at everything as resulting from designed laws, with the details, whether good or bad, left to the working out of what we may call chance.” “Not,” he added somewhat glumly, “that this at all satisfies me.”

Other naturalists presented insects as moral beings. Some chose to focus on a few charismatic species—notably bees, which had long been admired as sociable, productive creatures who were helpful to humans. But Samyn points to a different take on the value of insect life presented by Louis Figuier, a French writer who interpreted science for a popular audience. His 1868 book The Insect World fascinated and repulsed readers with descriptions of astonishing insect behavior. He ascribed conscious choice, industriousness, and sociality to the bugs. In some cases, he did this by anthropomorphizing them—describing a flea laying eggs as a “foreseeing mother,” for example. But often, the value he found was totally independent of human ethics, lying simply in their status as living creatures that play a part in the web of natural life. For example, he praised the “marvelous…industry, patience, and dexterity” and “biological intelligence” of parasitic fleas, ticks, and lice.

To some readers, this approach was horrifying. Cultural critic John Ruskin wrote that The Insect World made him “sick with disgust by its descriptions…of all that is horrible in insect life.” Ruskin wasn’t just grossed out. Samyn writes that he was describing moral revulsion at the way Figuier and other naturalists celebrated what he considered mindless, instinctive behavior. To Ruskin, humans were completely distinct from other animals in that they have both instincts and consciousness, and it was only conscious effort that made human action valuable or praiseworthy.

Ultimately, of course, science can only go so far in answering questions about values and morality. But knowing whether insects really have an experience of the world might still influence how we humans think about our own values and actions.