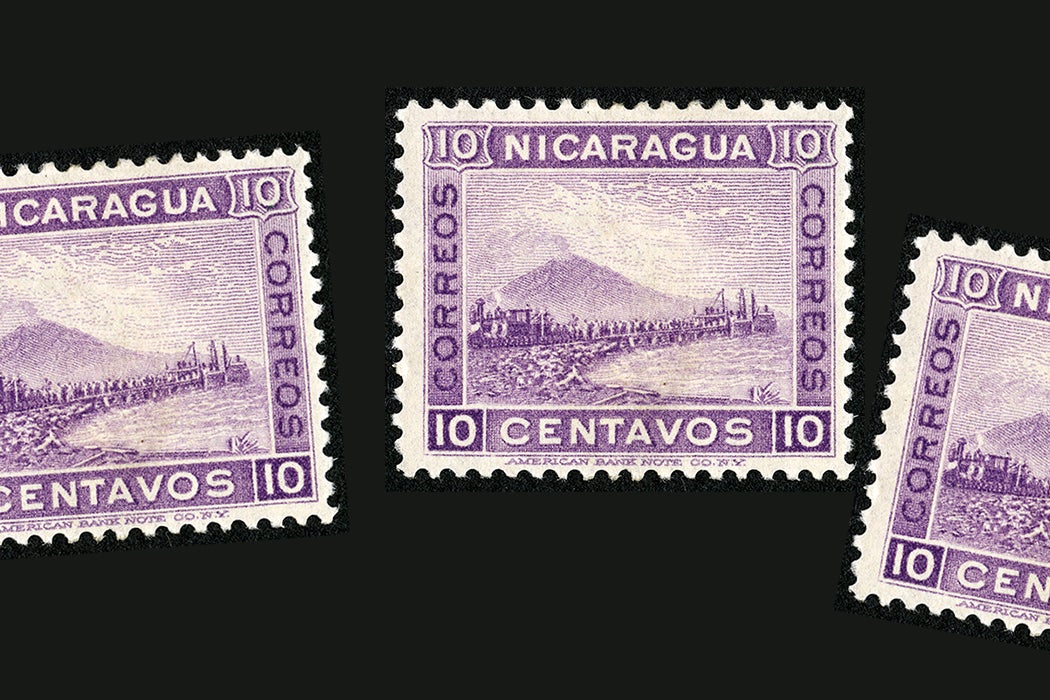 The decision to build a canal through Panama instead of Nicaragua, then the leading contender for a trans-isthmian waterway linking the Atlantic and the Pacific, hinged on a postage stamp. Frenchman Philippe Buanu-Varilla, lobbying for U.S. approval of the Panamanian route, sent a copy of a 1900 Nicaraguan stamp to every member of Congress in the summer of 1902. Momotombo, the smoking volcano portrayed on the stamp, suggested that the Nicaraguan route—which was longer but potentially less of an engineering challenge than the Panamanian—was on seismically dangerous ground. A volcano that had erupted that May in Martinique, killing 30,000 people, was still very much on peoples’ minds.

Whether or not this stamp actually made Senators and Congressmen change their minds is debated. Less debatable, however, is that it was a theatrical part of the successful lobbying effort of Bunau-Varilla and the American William Nelson Cromwell. An engineer, Bunau-Varilla had both pride—he wanted to “vindicate French genius” says Charles D. Ameringer—and money invested in a Panamanian canal. Cromwell, whose name lives on in an international law firm, was a corporate lawyer first hired by the French canal company trying to cut across Panama. That unsuccessful French effort, led by Suez Canal veteran Ferdinand de Lesseps, had begun in the 1880s.

Ameringer notes that while Bunau-Varilla and Cromwell belittled and ignored each other afterwards, as a team they may well have been the first great lobbyists of the twentieth century.

Bunau-Varilla and Cromwell hit the trifecta: getting the French to sign over their concessionary canal rights to the U.S.; convincing the U.S. to choose Panama; and then funding and facilitating the revolution that broke Panama away from Colombia. (Colombia had been less than pleased with the canal deal offered by the Americans.) To top it off, Bunau-Varilla became Panama’s first minister to the United States.

Panama declared itself independent on November 3rd, 1903, with U.S. warships stationed on both its coasts. The Hay-Bunau-Varilla Treaty signed two weeks later gave the U.S. a 16-mile wide, 80-mile long “canal zone” through the new country “in perpetuity.”

Considering that most of Washington D.C. had been supporting the Nicaraguan canal route for a decade, Bunau-Varilla and Cromwell’s six months of work in 1902 to get Congress to go the Panama route was a “brilliant achievement in lobbying.” Ameringer notes that the men essentially wrote the minority report of the Senate Committee on Interoceanic Canals, advocating for the Panama route— and proving that all-too-common practice of lobbyists in Congress writing bills has deep roots.

Was Panama the best place to build a canal? Maybe. But the decision was never really a question of engineering or geology. It was politics: money, investments, interests, and publicity, including that famous stamp.

The canal opened in 1914. About 5,600 lives, most of them West Indian workers, were lost during its construction.

By a 1977 treaty, the unincorporated territory of the United States known as the Panama Canal Zone ceased to exist in 1979. In 1999, full control of the canal was handed over to Panama. An expansion for larger ships was completed in 2016. And while we’re looking at the numbers: bypassing the route around Cape Horn means a ship using the canal saves 7,872 miles of travel. 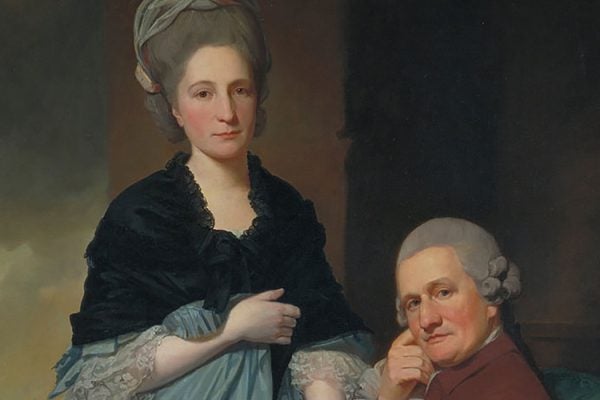 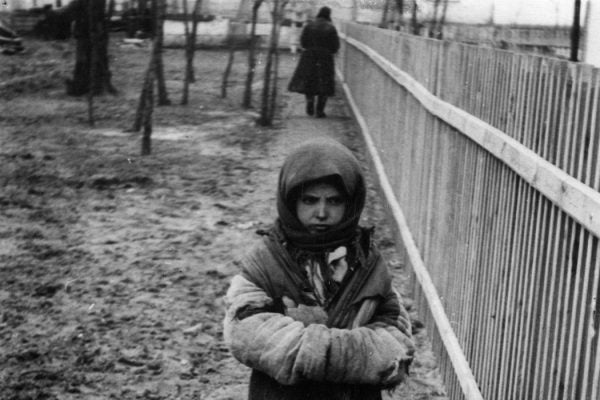