Hollywood Froze Out the Founding Mother of Cinema

French filmmaker Alice Guy-Blaché was the first female film director, and renowned as an innovator in the field. Then she moved to Hollywood. 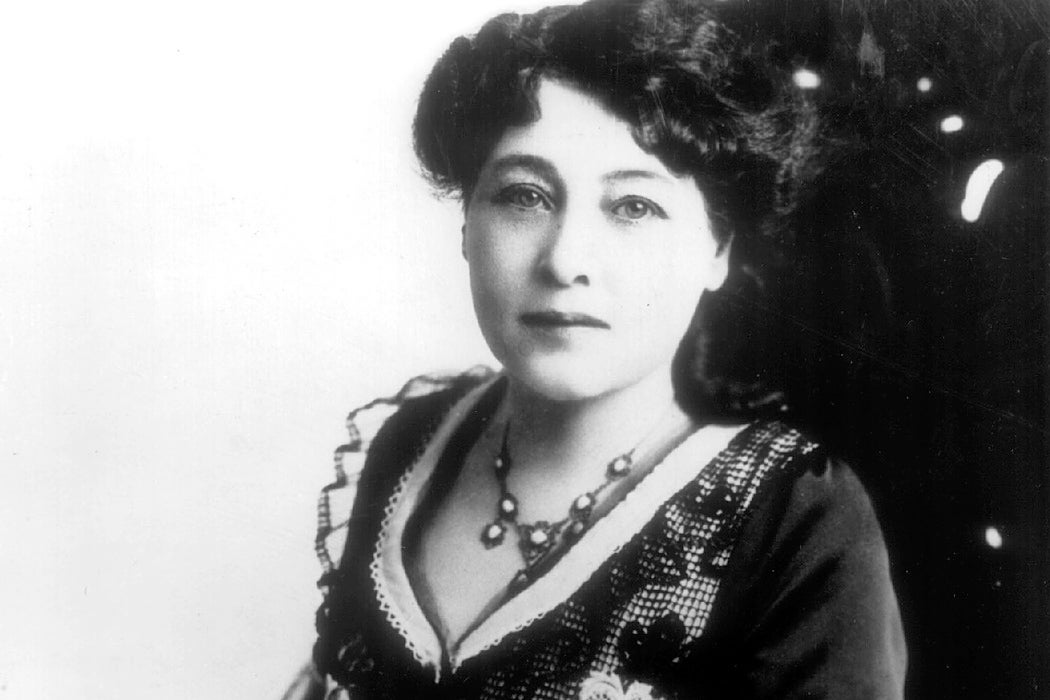 Alice Guy (1873-1968) was the first woman film director. She worked for French film pioneer Leon Gaumont as a secretary in 1896 before she moved into production. Guy was bored, however, by Gaumont’s films, essentially very short documentaries expressing the novelty of the moving image: street scenes, marching troops, trains arriving at stations.

As historian Susan Hayward tells it, Gaumont was more interested in the technology than what it could produce. “Guy found the repetitiveness [of his films] irksome and decided she could do something better. She submitted a couple of short comedies to Gaumont and he gave her the go-ahead (almost absent-mindedly, according to Guy),” writes Hayward.

Guy was a key figure in the birth of the fiction film, the form that eventually trumped documentaries the world over.

Guy may very well have been the only female movie-maker for the next decade, during which she directed or produced hundreds of films ranging from one to thirty minutes in length. As “film-maker, artistic director and studio and location sets manager all rolled into one” in the days before the multi-reel feature length film, Guy was a key figure in the birth of the fiction film, the form that eventually trumped documentaries the world over. Hayward lists Guy’s innovations: using scripts; having rehearsals; stressing “natural” performances; deploying trick photography; shooting in studio and on location; and, beginning in 1900, experimenting with sound (Gaumont’s Chronophone synchronized phonograph and film).

In 1907, Guy resigned from Gaumont’s production company and married fellow Gaumont employee Herbert Blaché. Generally known afterwards as Alice Guy-Blaché, she journeyed with her husband to New York City. In 1910 the Blachés started their own company, Solax, with Alice as director general. They did well enough to have a new studio built in Fort Lee, New Jersey in 1911.

Solax had two strong years, then both Blachés worked for hire into the teens. In 1914, Guy-Blaché wrote, “it has long been a source of wonder to me that many women have not seized upon the wonderful opportunity offered to them by the motion picture art… Of all the arts there is probably none in which they can make such splendid use of talents so much more natural to a woman than to a man and so necessary to its perfection.” And yet, when the couple arrived in Hollywood in 1918, they found few opportunities for women behind the camera.

Karen Ward Mahar, in her analysis of the “rise and fall of the woman filmmaker” between 1896 and 1928, argues that the consolidating industry forced women out of behind-the-camera jobs because it gendered those occupations as male. Sex-typing of work in Hollywood would end up allowing for woman screenwriters and continuity workers (a.k.a. “script girls”), but little else—besides, obviously, the women on-screen.

Understanding how filmmaking became masculinized is particularly important with regard to Hollywood, because those who create American movies wield immense cultural power. Once women were excluded from that power in the 1920s, they did not reappear in significant numbers until the 1970s.

Mahar notes that Guy-Blaché had been “regularly singled out between 1910 and 1913 as one of the guiding lights of the industry.” Hollywood, however, was not interested in Madame Blaché’s light. Mahar also writes, “women needed male partners to gain access to all the necessary segments of the industry.” She notes that Guy-Blaché had experienced this while running Solax with her husband—despite being in a position of leadership, she was not welcome at distributor’s meetings, “because, as her husband alleged, her presence would embarrass the men.”

Alice Guy-Blaché split up with her husband in 1920 and returned to France in 1922. She never made another movie.

Asian American detectives played by actors Anna May Wong and Keye Luke had a minor but notable place in 1930s and 40s Hollywood.