Halloween: A Mystic and Eerie Significance

Despite the prevalence of tricks and spooky spirits in earlier years, the American commercial holiday didn’t develop until the middle of the twentieth century. 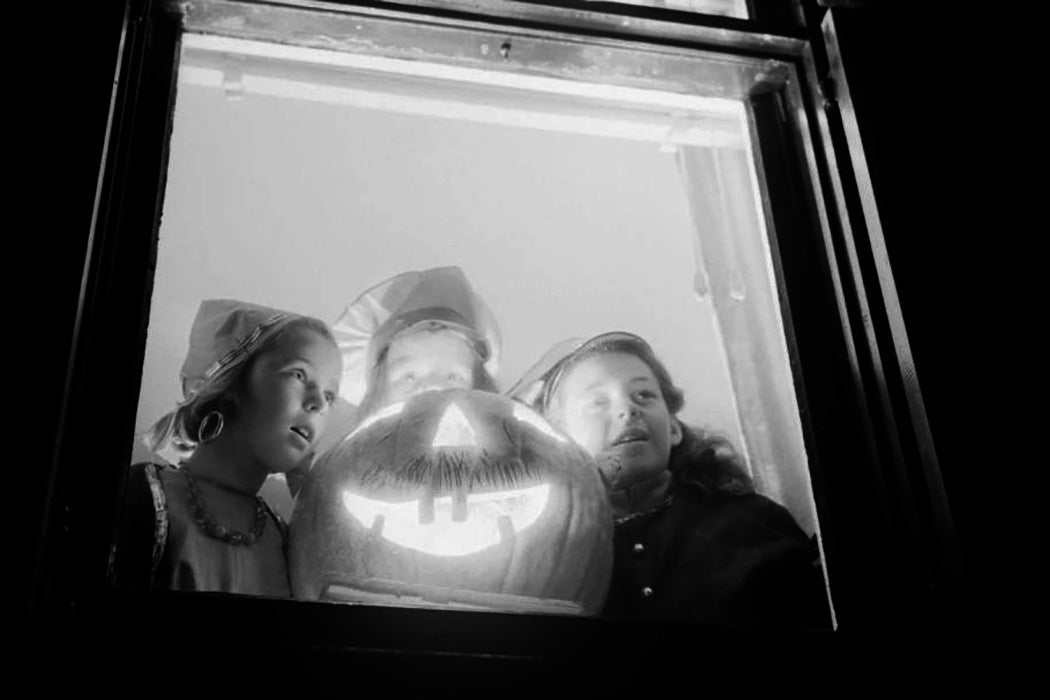 Halloween festivities as we know them today in the United States are a very recent invention. Before the twentieth century, folks had little inclination or incentive to hand out sweet treats to costumed youth, with All Hallows’ Eve largely understood as a vaguely creepy pan-cultural pagan holdover invoking the fall festival of Samhain. In Holy-Days and Holidays, a pious compendium edited by Edward Mark Deems in 1902, the holiday only appears as an adjunct to All Saints’ Day on November 1st. “The day was popularly called All Hallow’s Day,” he writes, “whence it became the custom to call the evening before All-hallow e’en, and in Scotland and Ireland certain sports and festivities, said to be relics of Druidism, were indulged in.”

While other holidays added themselves in bold-face type to the calendar following the Civil War and seem quite similar in celebration even today (take Anna Jarvis’s invention of Mother’s Day in 1908 or President Lincoln’s proclamation of a November Thanksgiving), Halloween was slow to emerge in its modern form. Leigh Erich Schmidt considers the rise of the commercial American holiday from 1870 to 1930, when popular economic thinking led to the consideration of holidays not as useless obstacles to a full working week, but opportunities to profit off special occasions: “In the decades following the Civil War,” Schmidt writes, “merchants, advertisers, and window trimmers set themselves up as the new high priests of American calendary celebrations, significantly changing the rubrics of American holidays.”

October 31st was mostly known and celebrated as an inherently ghostly day, holding a “mystic and eerie significance” in both pagan and Christian cosmology.

Even if Halloween was slow to arrive in the department stores and stationers of America, not to mention its candy manufacturers, this by no means suggests that All Hallows’ Eve was a quiet occasion in its early years. Old Yankee harvest traditions and beliefs in witchcraft combined with the Halloween traditions of Irish immigrants to America, resulting in a day of spooky suppositions and puckish mischief.

October 31st was mostly known and celebrated as an inherently ghostly day, holding a “mystic and eerie significance” in both pagan and Christian cosmology, according to Yale anthropologist Ralph Linton, writing in 1951. All that supernatural activity allegedly lifted the veil that normally kept the secrets of the spirit world obscured from daily view, and in many circles it was thought that “every peasant implicitly believes that the fairies and other supernatural beings have double power over the destinies of mortals.” Divination party games were therefore popular, many using the fruits of the fall harvest and most directed at helping women figure out who Mr. Right might be. In these games, women “threw apple peelings over their shoulders to determine the initials of their future bridegrooms,” bobbed for apples, or predicted the future from bits of string or roasting chestnuts.

It was also known as a night for pranks. The anthropologist Cindy Dell Clark, in an examination of social norms around modern Halloween, notes that in a 1975 column for Redbook magazine, Margaret Mead expressed nostalgia for the mischief nights of her youth, when kids could play out the sense that “Halloween was the one occasion when people could safely invoke the help of the devil in some enterprise.” Mead recalled a Halloween celebration characterized by harmless pranks, and looking back from the mid-1970s, complained that the holiday’s pranks had taken on a sharper, more destructive aspect.

Mead was perhaps glossing things over a bit in remembering her childhood Halloweens as full of harmless antics. Teenagers in the 1970s, armed with eggs and toilet paper, couldn’t hold a candle to pranks of the early 1900s, including a Connecticut incident in which pranksters loaded a wagon with trash, set it on fire, and pushed the whole lot downhill toward trees, setting them ablaze; and another in which boys “managed to suspend a sleigh from a two-story building and perch another awkwardly by the roadside.” And Linton painted a terrifying mental picture about early holiday celebrations, noting that “the prevalence of indoor plumbing has taken much of the sport out of Halloween.”

In one South Dakota town (population: less than 18,000) in 1932, the mischief of Halloween night “brought general property damage in excess of five thousand dollars, and left the streets and avenues in the city strewn with 135 truckloads of junk and refuse.” Describing the aftermath of a day he nicknamed “Hell-o-e’en,” the local school superintendent came up with a plan to host a school Halloween party and barbecue in the hopes of taming Mischief Night and saving the police, who he said were “out-generaled [and] out-manoeuvred” by a “triumphant army of boys.”

Despite the prevalence of high jinks, it wasn’t until the middle of the twentieth century that the modern commercial holiday started to coalesce, guided by the rise of everything from the Great Pumpkin and cult horror cinema to licensed costume fare and urban legends about razor blades in the candy. So, too, did Halloween move beyond anonymous pranks and private parties to become publicly performative, inviting participants parade down the streets, to see and be seen, evoke and invoke modern pop culture trends and characters, and yes: try to eat an entire bucket of Sweet Tarts in one evening. 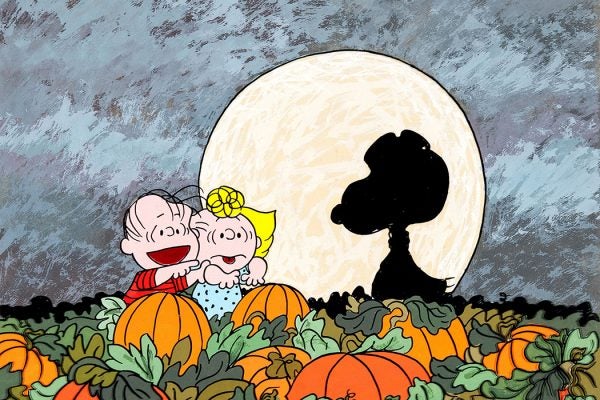 How the Great Pumpkin Became Great

The origins of Linus's pumpkin deity, who "rises out of the pumpkin patch and flies through the air and brings toys to all the children in the world."