Brief commentary on one line from JSTOR: An unsigned editorial from an 1870s issue of Scientific American suggests that women can be great inventors, too. 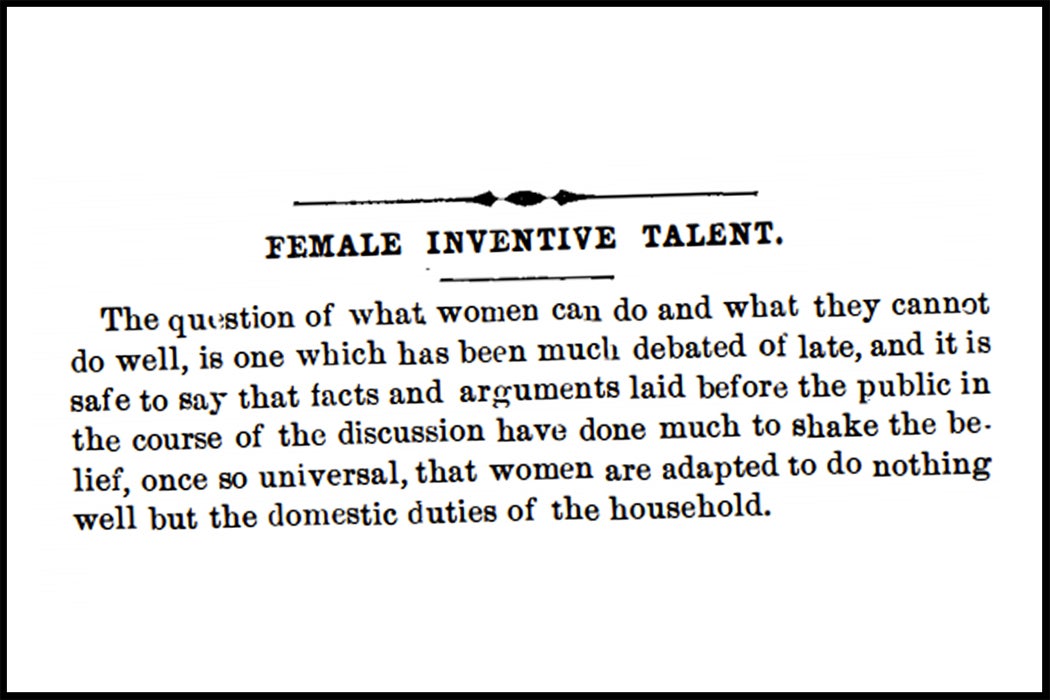 Brief commentary on one line from JSTOR.

Science writing isn’t exactly known for being the most, ah, beautifully written prose in the English language. But dive into an 1870s issue of Scientific American, and the situation changes somewhat. Just read the first few lines of this unsigned editorial from the September 17th issue:

The question of what women can do and what they cannot do well, is one which has been much debated of late, and it is safe to say that facts and arguments laid before the public in the course of the discussion have done much to shake the belief, once so universal, that women are adapted to do nothing well but the domestic duties of the household.

First of all, let’s take a moment to appreciate that sentence itself! Look at that languid, pre-internet, pre-television, long-attention-span-caressing syntax. Look at all those commas and clauses! The sentence unfurls patiently, burying its lede almost entirely, trusting that its readers are patient enough to follow where it wanders.

And then there is the sentiment: thank you, 1870s writer-person, for voicing often-unpopular opinion that women can do more than keep house. The modern reader must keep in mind that this was written two years before Susan B. Anthony was arrested for trying to vote. So, different times. Then again, it’s strange but true that many men still see domestic duties as “women’s work.” And in the STEM fields, the imbalance continues; a recent report indicates that only 24 percent of STEM jobs are held by women.

The article goes on to defend women’s potential as inventors, noting that the female inventors who have applied for patents have had ideas as good as the male ones, proving women’s ability to create things besides  “a pound-cake or a piece of embroidery.” In fact, the writer tells us, “women have as much natural inventive talent as men…the circumstances under which most of them pass their lives only precent an equal manifestation of this talent on their part.” These circumstances are still something we are working out as a culture. 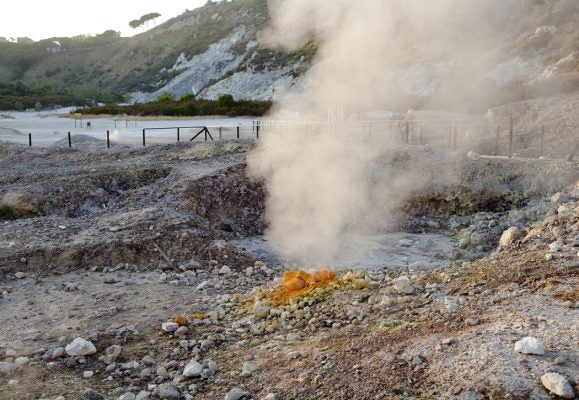 Have humans angered the planet? Smothering air pollution in California, rising seas in Oceania, and supervocanos that could cause global catastrophe.