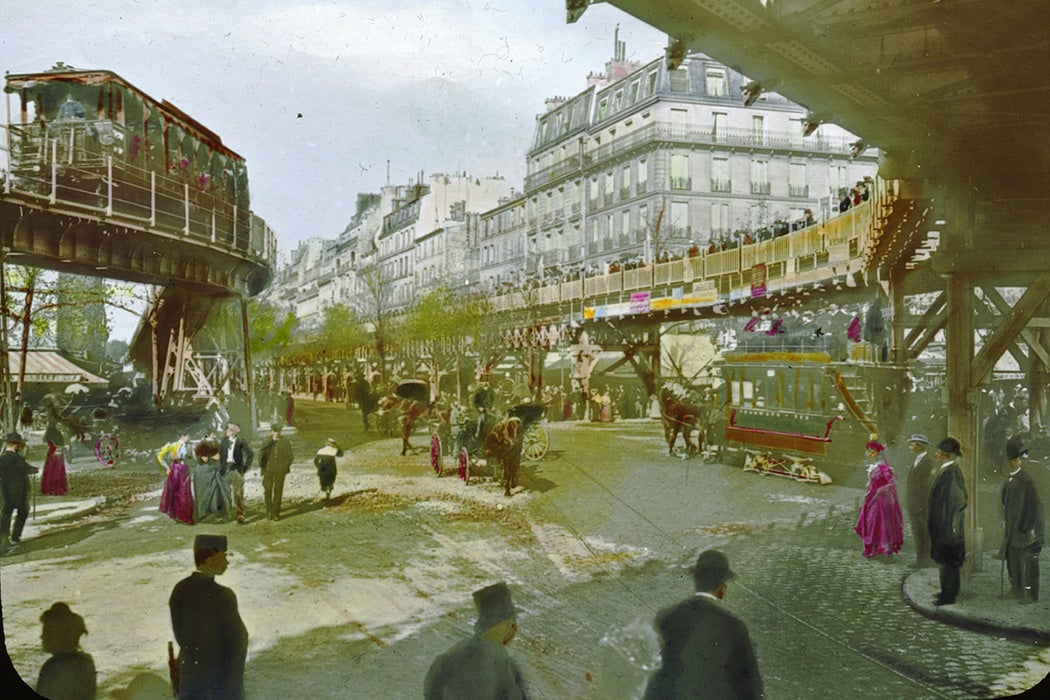 American histories of urban graffiti tag Philadelphia in the 1960s as its birthplace, but people have been scrawling on and carving into walls around the world for millennia, long before the advent of spray paint. Scholar Elizabeth Sage digs into the Paris police files for examples from the late nineteenth century, the fin-de-siècle, when the police actively documented the “political, obscene, sincere, humorous, or just plain cranky” writings they found in public.

Late nineteenth century cities, Sage reminds us, were “often represented as politically, morally, and physically dangerous.” The streets of these cities were also—and continue to be—“places of spontaneity, disorder, and resistance.” In Paris, the “perception of streets as dangerous and ambiguous spaces,” where the classes mingled and could be hard to tell apart, meant that the “streets were closely regulated” by the police.

“Jaytalking is street behavior, a form of speech” that gives voice to the excluded, the anonymous, the opposition, the dissenters, the nuts.

“Jaytalking is street behavior, a form of speech” that gives voice to the excluded, the anonymous, the opposition, the dissenters, the nuts. Ever-tumultuous Paris was a particular whirlwind of contending voices—and arms—in the era under discussion. This was the time of the collapse of the reign of Napoleon III in the Franco-Prussian War (1870-1871),which included the Siege of Paris (September 1870-January 1871) and was followed by the Paris Commune (March-May 1871), then the counterrevolution against the Commune, and finally the ascension of the Third Republic.

Bonapartists, royalists, reactionaries, republicans, radicals, socialists, anarchists, communists, men, women, the well-educated, the not-so-well-educated, the maybe-not-educated-at-all: the thing about graffiti is that anybody could do it. Sage finds examples covering the political spectrum.

The audacious graffitied police stations and other government buildings. Someone even wrote “Long Live Napoleon IV! Down with the others!” on the door of the Police Commissioner’s office, inside police headquarters. “While police officers often mention in their reports searching for the perpetrators of graffiti, they also quickly report that these efforts had been ineffective and that the perpetrators remained at-large and unknown.”

Sage categorizes half a dozen types of graffiti, including the politically straightforward (“Long Live the Commune! Burn Versailles!”); the vulgar (“Long live Crapoleon!); the violently revolutionary (“long live dynamite”); and the “largely inexplicable.”

The streets of Paris have not infrequently been the scene of political violence. Graffiti, however scandalous or scatological, was mild in comparison to barricades and massacres. Sage notes that there was often a playful quality to this street-talking; she imagines some of the writers giggling as they did it, with the thrill of doing it, and, in what may be a universal in the impetus towards graffiti, getting away with it.