When viewing boats come too close, seals and their pups stampede into the water. Scientists say it exhausts the animals. 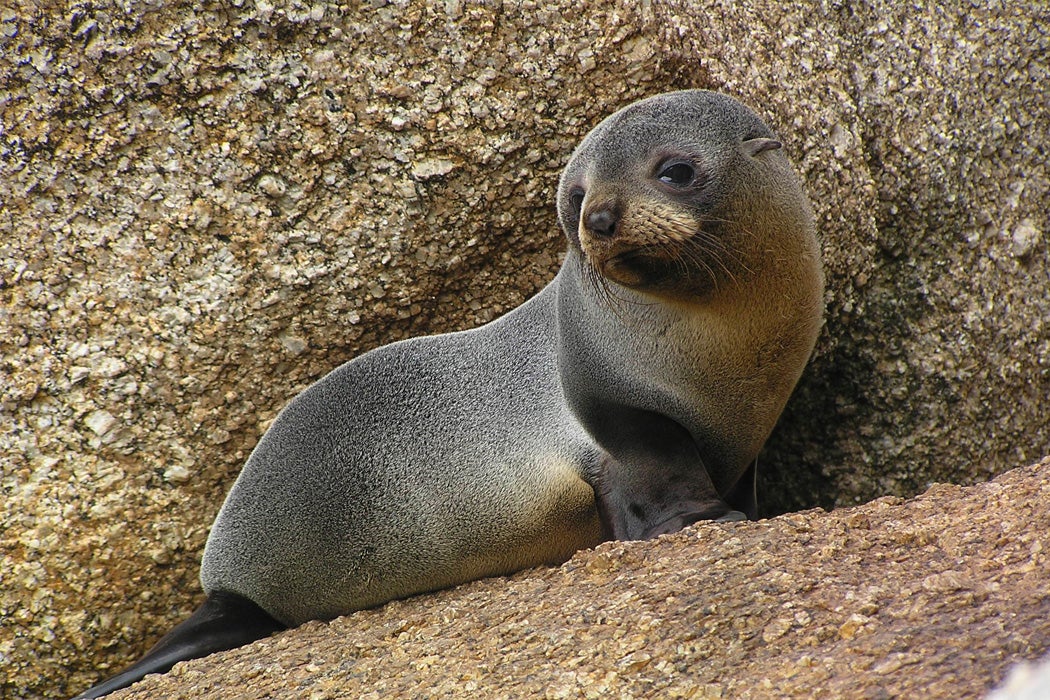 Seals are cute and their pups are absolutely adorable. So it’s no wonder seal watching is a popular attraction in Australia and New Zealand where these pinnipeds nest on many surrounding islands in the sea. But now scientists are saying the animals need some privacy and humans should keep their distance, especially when the colonies are raising their young.

From the 18th to 20th centuries the global seal population plummeted because they were relentlessly hunted for their fur and blubber. As late as 1920, the seal oil industry was still booming with hundreds of thousands of animals annually killed worldwide, particularly in Antarctica, the Galapagos Islands, Okhotsk Sea, Caspian Sea, and in Newfoundland, the most important seal fishery at the time. Some species were driven to extinction. But when most commercial harvesting stopped in the late 19th and early 20th centuries, many seal populations rebounded, and now serving as popular tourist attractions.

Unable to tell the difference between a predator and a tourist boat, the resting seals perceived the vessels as threats.

In Australia, where seal viewing is a multi-million-dollar industry, nature aficionados can take boat trips to the breeding colonies where they watch seals resting and playing on islands less than 100 feet away. But now, a team of Australian researchers suggests that humans are coming too close. When the team studied the behavior of the Australian fur seal (Arctocephalus pusillus doriferus) on Kanowna Island, which is part of the Wilsons Promontory National Park in Australia, they found evidence that the animals weren’t happy when the boats approached their nesting grounds too closely.

Unable to tell the difference between a predator and a tourist boat, the resting seals perceived the vessels as threats. They changed their posture, became alert and vigilant, and warily watched the boats as soon as the vessels were about 75 meters or 250 feet away. When the boats approached closer than 25 meters or 80 feet, many animals would start fleeing to the water.

Seals are social creatures, so they tend to perceive threats based on how their neighbors respond. Scientists call this group behavior “a large-scale cascading response,” in which a big chunk of the colony may rush into the water at the same time. In the densely occupied areas, these stampede reactions are quite dangerous for the adult seals and particular for their young who can easily get trampled to death or fall off the cliffs. Moreover, many seal predators purposely lurk around the breeding colonies waiting for an easy catch, so the waters are not always safe; the seals may essentially flee from a perceived danger to a real one. The closer the boats get, the more likely the animals are to rush into the sea.

Since the tour boats come all day long, the seals remain alert for long periods of time, fleeing again and again. This can be exhausting for the animals. “The periods fur seals spend ashore at colonies are particularly important for resting, evading predators, molting, breeding and rearing young. Fleeing behaviors in themselves expend energy, and time spent in the water as a result of flight responses can also be energetically costly,” scientists say.

Researchers note that these reactions may differ between colonies and species and can also be influenced by the islands’ terrain—for example, seals resting on higher grounds, further away from the water, may become alert earlier. That means that the safe watching distances may vary. In the case of the Kanowna Island, the team recommend that the boats stay 100 meters or over 300 feet away from March through October, during which the families raise their young. The tourists can still enjoy the seals and pups—but from a distance.