Ghosts of Landed Gentry, But Never the Ghosts of Serfs

Psychical researcher Harry Price combined the power of academic language with a cultural identity crisis to build a reputation as a “scientific” ghost-hunter. 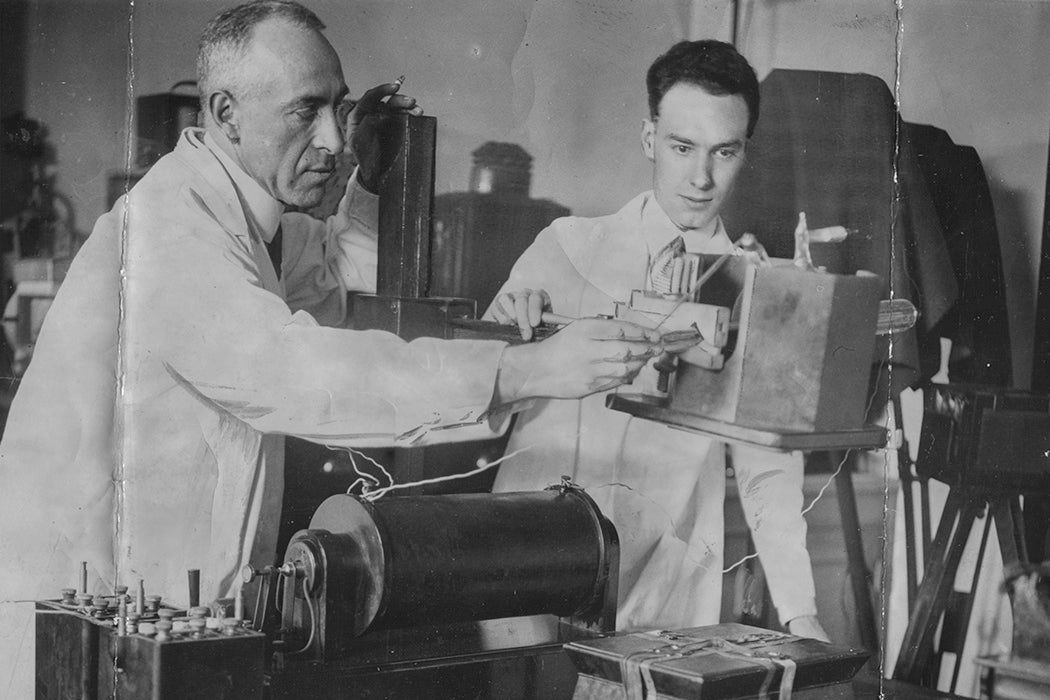 A century ago, amateur English ghost-hunters and scientific psychical researchers intersected on the field of English heritage, writes scholar Joanna Timms, in a “rejection of certain features of modernity and an attempt to evoke a vanishing social world.”

To the chagrin of some members of the Society for Psychical Research, founded in 1882 to study psychic and paranormal activity, they were lumped together with ghost-hunters in the popular imagination during the interwar period. But it was actually a noted psychical researcher who did much to blur the lines as he become the Indiana Jones of ghost-hunting.

“Psychical research was largely presented as an objective and detached activity,” notes Timms, “whereas ghost-hunters characteristically sought to appeal to a wider public through obviously emotive language and popular journalistic tactics, stressing human interest and the excitement of the pursuit.”

Timms details the adventures and prolific writings of Harry Price (1881–1948), who “artfully combined academic language and popular discourse” as he made his reputation as scientific researcher and swashbuckling ghost-hunter. The donor of a large collection of occult literature to University of London, Price “expertly conveyed himself as a psychical researcher and yet helped shift the discipline from academic preoccupation with telepathy and clairvoyance towards the more obviously popular fascination with ghosts and poltergeists.”

“Historians of English hauntings have demonstrated that belief in ghosts often mirrors social values and reflects the cultural trends of the age,” notes Timms in contextualizing the English ghost scene between the World Wars.

After the slaughter and destabilization of the Great War, there was a “perceived disintegration of national heritage as landed estates were being broken up and the heirlooms of their aristocratic owners dispersed among the new rich.” So “haunted houses” were invariably manor houses or large townhouses, never factory row-houses or slums where, statistically, a great many more untimely deaths took place. (Both the UK [2019–] and US [2021–] versions of the comedy Ghosts take place in inherited country houses.)

The “interwar ghost-hunters were trying to reconnect with an endangered history and culture in the face of rapid modernization,” as bland, featureless suburbs uprooted eccentric aristocrats—both the living and, supposedly, the dead. Aristocratic ghosts were “eloquent relics of a more civilized age.” Ghosts of Henry VIII and his headless wives, friars and nuns hearkening back to the Dissolution of the Monasteries, and even toga-clad Romans tapped into specific fantasies of history. Conversely, there was a notable dearth of ghosts of peasants, coal miners, or child mill-workers.

With his keen ability to garner publicity, his “journalistic flair,” and his friends in the press, Price “succeed in modulating the seemingly impenetrable discourse of psychical research to make it palatable to a popular audience.” He called a ghost a ghost, not an “apparition” or “phantasm” like the more typical boffins. He spent the night in haunted houses, even haunted beds (from which he was not thrown). He even spread starch powder on the floor of a seance room.

Price baked his cake and ate it, too, warning readers in Fifty Years of Psychical Research (1939) to not believe newspaper reports of hauntings, then recounting all his newspaper appearances and dropping the names of his reporter friends. One reviewer captured Price’s abilities perfectly: his The Most Haunted House in England (1940) was praised for it’s “scientific thoroughness” and for being a “well-told ghost story.”

The appeal to “science” and scientific methods, as well as psychoanalytic theories, were strokes of rhetorical genius, if nothing else. “Sensational accounts of a journey in a haunted train carriage on the Orient Express and of being stalked across Germany by a repulsive phantom were moderated by references to down-to-earth empirical inquiry.”

Empirical inquiry that, it may be pointless to stress, failed to account for, much less prove the existence of, ghosts.

The immaterial remains more interesting for what it tells us of the very real materiality of its acolytes. Ghosts may be said to be messengers from the past, but their supposed sightings usually have more more to tell us of the day of the haunting than of the pasts in which such alleged revenants are said to have lived.