Telling a spooky story around a campfire—or in a dorm room—may be the best way to keep a local legend alive. 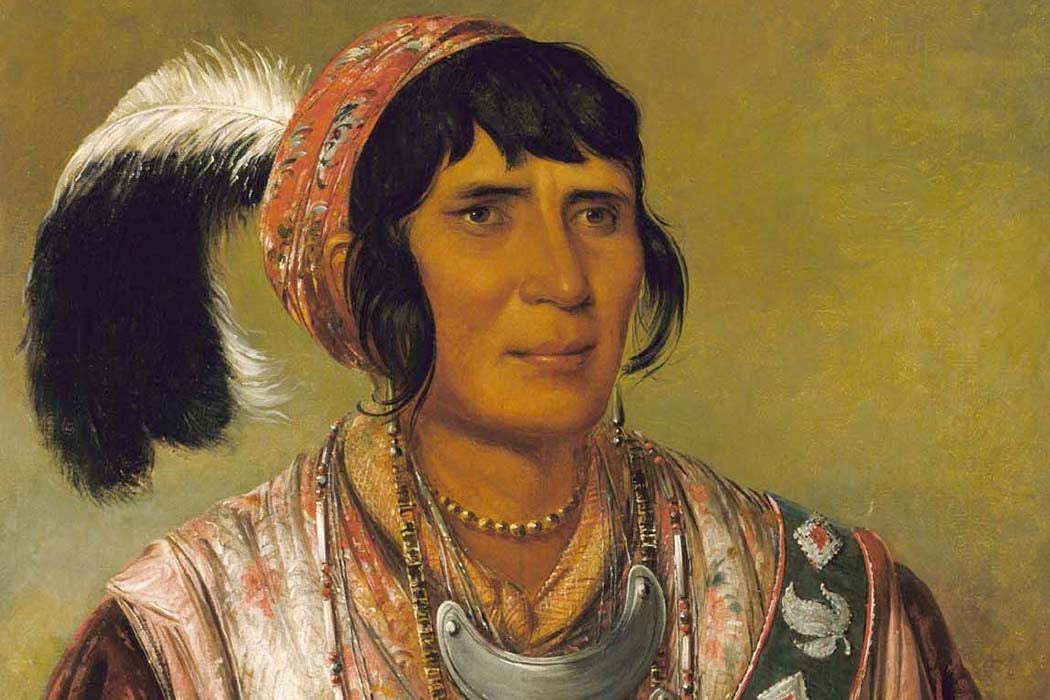 Osceola, raised in the Muscogee Creek area of Alabama, migrated with his family to Florida after the Creek War (1813–1814). Arriving as a refugee, he became an influential leader in the Seminole resistance against the US government’s “Indian Removal” policies. He served as an advisor to the Seminole chief, Micanopy, and was a key strategist in the fight against US government demands to cede territory and relocate to lands west of the Mississippi River.

On October 25, 1837, while negotiating a treaty under “white flag” protections, Osceola, along with eighty-one other members of the treaty party, were captured by the US Army. Despite this betrayal of the accepted rules of parley, which caused both national and international backlash, he was imprisoned in St. Augustine’s Castillo de San Marcos. He was soon transferred to Fort Moultrie, South Carolina, where he perished three months later.

Some in St. Augustine believe that Osceola’s ghost still haunts the city, even though he died in another state. Some even assert that he was executed in or near the city, not at Fort Moultrie at all, and that his head still “floats around” Castillo de San Marcos. Still others place the haunting at Fort Mose, north of St. Augustine.

Ghost folklore in St. Augustine, including apparitions of Osceola (or perhaps just his head), is intertwined with colonial violence and ethnic tensions.

According to literature and folklore scholar Jason Marc Harris, ghost folklore in St. Augustine, including apparitions of Osceola (or perhaps just his head), is intertwined with colonial violence and ethnic tensions. “Unresolved guilt haunts the streets, paces along the walls of the fort Castillo de San Marcos, clangs the bars of the Old Jail, and rustles the drapes of Flagler College,” he writes.

“Implicit in the ghost legend of Osceola’s decapitated head is the violation of a defender of aboriginal inhabitants of Southeastern United States,” notes Harris. Though not all area folk tales are sympathetic to indigenous peoples, ghostly experiences depicting violence by Native American people are the outliers. For example, “a woman who worked for [a] tour allegedly had a ghostly experience in the Huguenot cemetery, where French Protestant victims of the Seminoles had been buried after a stagecoach attack.” But for the most part, “[r]estless victims—not perpetrators—of violence and betrayal predominantly haunt the streets and shores.”

Harris conducted interviews with a range of St. Augustine residents and tourists about local “ghost lore,” finding that, despite the presence of ghost tourism, the stories in the city often weren’t kept alive by tour guides, but by students at Flagler College, a local liberal arts school. Harris interviewed students there about their knowledge of local ghost legends, and unsurprisingly, as happens in many oral storytelling traditions, he discovered several versions of the same tale—the basic theme and subject remained consistent, but the details (such as the site or cause of Osceola’s death) changed from student to student. Interestingly, while Flagler College students offered variations of Osceola’s story, official ghost tours often didn’t include them in their presentations.

“This gap between oral accounts and commercial venues suggests that despite certain intersections of ghost tales in St. Augustine, not all paths cross,” Harris writes.

Ghost tourism is an increasingly popular industry, but most of the popular stories, including one involving Flagler College’s namesake, Henry Flagler, and his wife, weren’t spread through commercial means. Harris notes that most of those interested in the stories were students, who were mostly young white women new to the city. And those students learned city folklore not from tours (though a few had worked for tour companies) but by word of mouth. The students “transmit folklore through folk groups within their lifestyle contexts—especially in the dormitories.”

Although some tourists were drawn to St. Augustine specifically by ghost tourism, and in theory learning about the city’s history, Harris found that the students “demonstrated that they were more informed about local history than non-residents, and that 87% were familiar with St. Augustine stories. Seventy-eight percent claimed that they received knowledge from a source other than a ghost tour—usually other students.” Overall, writes Harris, they “displayed nuanced responses to ghost lore, and they were clearly most influenced by memorates and legends…that they heard from peers.”

“St. Augustine’s folklore derives from a historical legacy of conflict that feeds growing tourism, but the ghost lore is not limited to ghost tours,” concludes Harris. “And though the authenticity and significance of alleged supernatural experiences and tales are always subject to further outside analysis, these St. Augustine ghost narratives offer informants a personal experience with history that is uncontrolled by external authorities.”

A 1763 massacre by colonial settlers exposed the irreconcilable contradictions of conquest by people concerned with civility.