A 1763 massacre by colonial settlers exposed the irreconcilable contradictions of conquest by people concerned with civility. 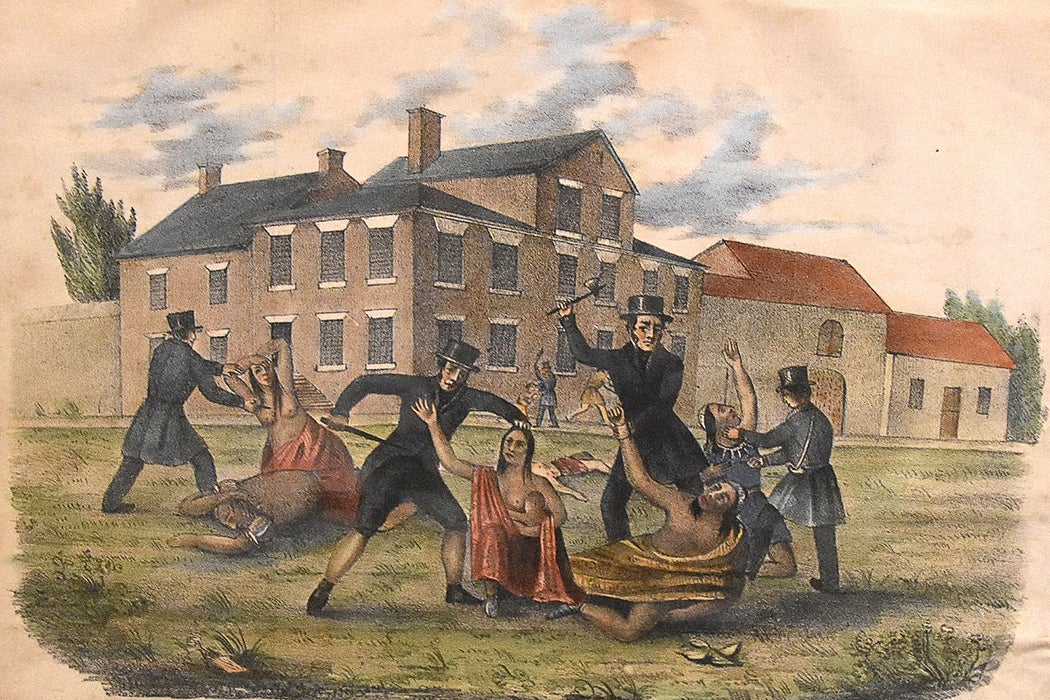 19th century lithograph telling the story of the 1763 attack by the Paxton Gang against the local tribe of Susquehannock peoples in Pennsylvania
via Wikimedia Commons
By: Matthew Wills
3 minutes
Share Tweet Email Print

Before the American Revolution, European colonialists insisted on proclaiming their humanity as they violently colonized the expanding frontier. They wanted to be considered virtuous while appropriating land, labor, and resources in North America, finely calibrating the use of emotion in the service of conquest.

As scholar Nicole Eustace shows, they were quick to call the Indigenous people inhuman and inhumane savages, even while they also admired, and were sometimes envious of, what they perceived as the emotional and physical strength of the “Indians.”

“Enlightenment interest in moral sentiment—in emotion’s role in the promotion of humane virtue—evolved amid extraordinary imperial bloodshed.[…] The experience of colonial contact provoked a marked uncertainty among European colonizers about how to define the limits of civility and how to establish their authority to patrol those bounds.”

The massacre and its political fallout expose the sentimental paradoxes of imperialism.

Eustace focuses on the 1763 Conestoga massacre of Indigenous people by settlers on the Pennsylvania frontier. The massacre and its political fallout expose the sentimental paradoxes of imperialism—the contradictions of conquest by people concerned with their notion of civility—in the creation of an “empire of liberty” built on ferocious violence.

The massacre by the “Paxton Boys” vigilantes was ostensibly in response to the French and Indian Wars and Pontiac’s Rebellion. Settler captives still held by the Indigenous people, for instance, enraged the frontiersmen. Yet the Paxton mob targeted peaceful, Christianized Susquehannock men, women, and children, who had been living side-by-side with the settlers for some time.

Afterwards, the Paxton Boys marched on the colonial capital of Philadelphia to demonstrate their anger against the political elites they thought had abandoned them. (This is a good example of internal colonial conflicts: religion, class, country of origin, and area of settlement all served to divide the European inhabitants of British North America, divisions that would come to a head over the American Revolution, which was far from universally approved of in the colonies.)

Benjamin Franklin was instrumental in getting the Paxton marchers to disperse before reaching Philadelphia. He promised to take up their grievances with the legislature. Initially, Franklin had been one of those calling the Paxton Boys “savages” for their violence.

The frontiersmen were made up of Scotch-Irish and German (called “Dutch” by English-speakers) settlers. The Quaker hierarchy of Pennsylvania, mostly English, was avowedly pacifist. Both sides in the “Paxton debate” questioned the manliness of the other.

“As city leaders turned to anger to defend their masculinity against frontiersmens’ critiques and backcountry settlers invoked tearful grief to affirm the humanity that members of the eastern elite called into question, both found it only too easy to shift from attacks on each other to negative appraisals of Native American civility.”

In fact, continues Eustace, the governing class found it easier “to offer bounties for scalps than to take any other concrete action to end the agitation of the lower orders.”

“Colonialists could imitate Indian qualities even as they sought to appropriate their land.” Emotion had to be negotiated and calibrated in the “quest to reconcile humanity and masculinity, and above all, to validate colonial conquest.” As it turned out, the Paxton Boys “neither received punishment for their violence nor gained the reward of new assembly seats.”

Perhaps the most resonate lesson of the massacre was that “partisans on all sides of the Paxton debate understood that public anger could often prove useful and that leaders frequently turned to the force of popular anger when it suited their purpose.”

Editor’s Note: This article has been updated to delete an extra “the” in a sentence.

The Sentimental Paradox: Humanity and Violence on the Pennsylvania Frontier
By: Nicole Eustace
The William and Mary Quarterly, Third Series, Vol. 65, No. 1 (Jan., 2008), pp. 29-64
Omohundro Institute of Early American History and Culture 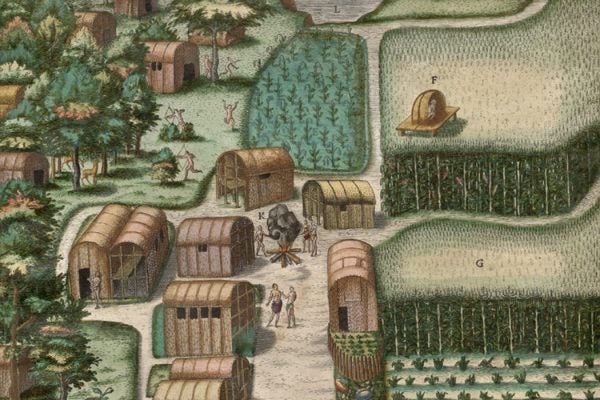 What you were taught in elementary school about Native Americans not owning land is a myth. The truth is much more complicated.