Cultural systems have historically defined sex segregation. The imperfect science has led to failures in policing gender in sports. 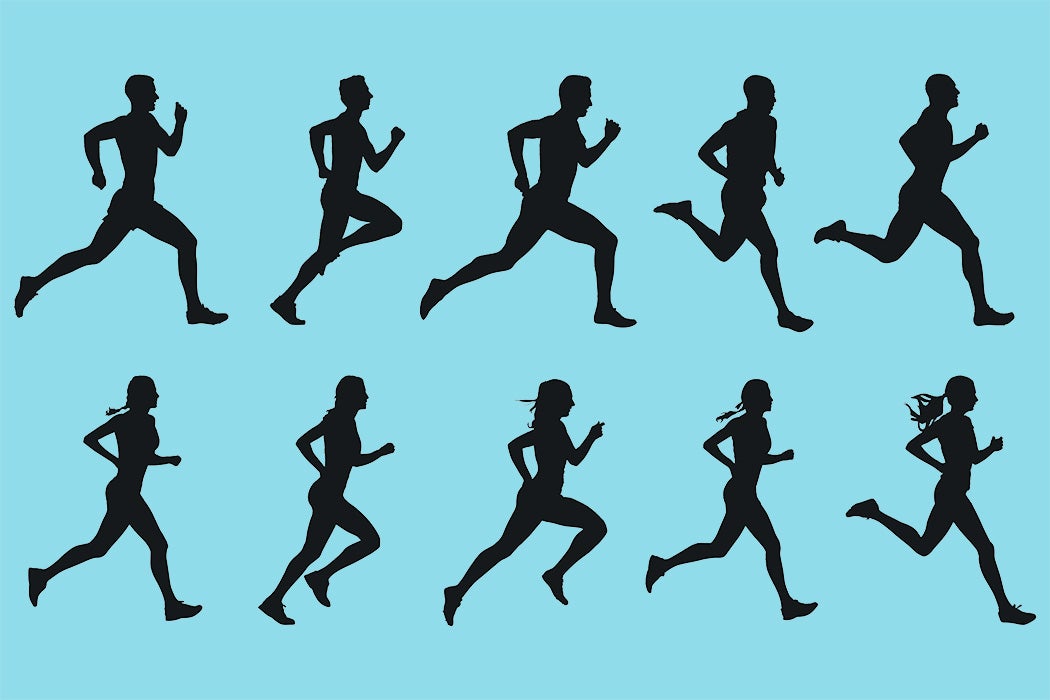 The segregation of the sexes in competitive sports is presumed to be the natural result of biological difference. The underlying presumption is that male humans are stronger than female humans. Noting that other physical differences—such as longer arms, skin color, a natural ability to absorb more oxygen than average—aren’t exclusive categories, scholar Marion Müller writes “the question arises why this is the case, and whose performances in sports are allowed to be compared and whose are not.”

“In sports, sex and gender differentiation and the exclusion which follows from it are, astonishingly enough, not experienced as a form of discrimination, but rather as something completely natural and legitimate.”

What if the separation of competitions, “said to be a natural consequence of the differences between men and women,” is actually is “just a tool to create those differences”?

So what, asks Müller, is “the social function of this taboo of comparisons between the sexes in competitive sports”? What if the separation of competitions, “said to be a natural consequence of the differences between men and women,” is actually is “just a tool to create those differences”?

There’s ample evidence of historic “performances and gender differences in particular sports,” according to Müller. Gender differences themselves “did not function as a universal structural principle until the end of the eighteenth century.” The concept of the “weaker sex” is tied to the rise of the bourgeoisie. Construed as physically disadvantaged, women nevertheless “went in for sports” through the nineteenth century.

“The systemic exclusion of women and the subsequent establishment of the assumption of incomparability took place in the twentieth century,” writes Müller.

Müller uses British association football (soccer) as an example of “how much historical effort was needed in order to create a natural assumption of incomparability of men and women” in sport. Women’s football exploded in popularity during World War I. Yet the same Football Association (FA) that had encouraged women’s teams during the war banned them in 1921, declaring the game “quite unsuitable for females.” Other European countries followed suit. The prohibition lasted until the 1970s.

With gender incommensurability comes the necessity of defining the female athlete. The International Olympic Committee started using “femininity” exams to weed out “abnormal” women in 1936. “Certificates of femininity” were required by the International Association of Athletics Federation (IAAF) in 1946. Müller reproduces a hirsutism scoring sheet, based on the amount of facial and body hair, used in the 1960s. In 1966, visual inspection of external sexual organs by a group of physicians were instituted at the European Athletic Championship in Budapest. Protests about these “nude parades” resulted in the IAAF (1967) and then the IOC (1968) taking up the Barr Body Test, which checked the chromosomes.

Müller explains that in biology, “four to ten levels of defining gender can be differentiated.” The main levels are genetic/chromosomal gender; genital gender; somatic/phenotypic gender; and hormonal gender. “Biological sex determination not only varies in terms of these different levels, there is also no clear distinction between male and female within the various dimensions. Instead, they overlap with continuous transitions which make an exact division between two separate sexes impossible.”

Case-by-case testing in international sports measuring hyperandrogegism (higher than average levels of androgens) continued through the early 2000s. But “male” and “female” sex hormones are detectable in “both sexes and are also transformable into one another.” Müller writes that “a coherence between performance and the possession of androgens in general and of testosterone in particular is scientifically not yet verifiable.”

The question of trans athletes has seen a recapitulation of the last century’s policing of sex borders in sports. An Ohio act, not yet signed into law, requires girls in K–12 to prove their sex via internal/external genital examination, genetic makeup, and testosterone levels.

“The maintenance of sex segregation in sports competitions and the obvious anxiety of this kind of separation being undermined and of men’s and women’s athletic performances being compared shows the persistence of gender differences as a central part of our cultural system,” concludes Müller.