Friday Reads: An exclusive short story by Louise Erdrich (author of fiction, nonfiction, and poetry), originally published in The Georgia Review in 1985.

Beloved novelist Louise Erdrich has won the National Book Critic Circle Award for her novel LaRose, and is a favorite to win the Indies Choice and Pulitzer as well. Erdrich has had an interesting career, penning such critically-acclaimed novels as Love Medicine and A Plague of Doves along with nonfiction and poetry, and starting an independent bookstore in Minneapolis called Birchbark Books. She is widely acclaimed for her role in the  Native American Renaissance.

Whether you’ve read her newest novel, every word she’s ever written, or are new to Erdrich, we think you’ll like this 1985 short story of hers called “Mister Argus,” originally published in The Georgia Review. This haunting story begins:

I have never married, but I do have a girlfriend referred to by the people of Argus as “Demeray’s poor dead sweetheart.” She is a long gray face behind glass. Her photograph, in its grooved plastic stand, keeps discreet watch over my living room. My visitors inquire about the collection of Hummel figures, the souvenir spoons i nether rack, the icy bells I collect–crystal bells. But they do not ask about my poor dead sweetheart although, as they examine my objects, they will pause before her portrait as if to pay their respects.

To tell the truth, I don’t know the woman in the picture.

To read the rest of this moving short story, download the PDF of “Mister Argus” for free here. 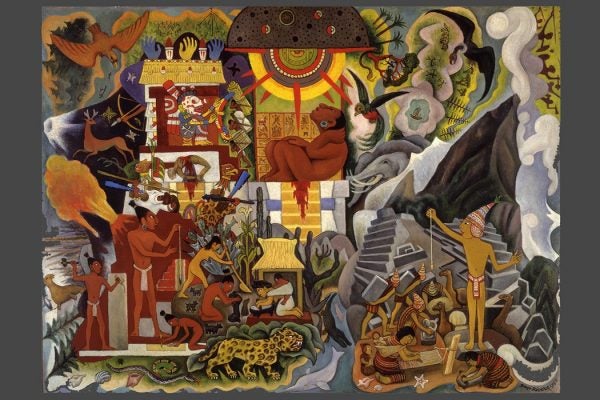 How to Talk About Diego Rivera and Mexican Art

Diego Rivera's artwork has always been intimately tied to the culture of his native Mexico, although this was not always seen as a sophisticated choice.