What does it mean to have a literature of resistance?

This Martin Luther King Jr. Day, hundreds of writers and artists around the world are banding together to speak out in support of free expression.  The protest is put together by Writers Resist, a national network of writers “driven to #WriteOurDemocracy by defending the ideals of a free, just, and compassionate democratic society.”

What does it mean to have a literature of resistance? To foment a political movement, what’s needed is action, right? Politicians changing policies, protesters making noise? What do writers, especially writers of fiction and poetry, have to do with anything?

Milan Kundera puts it this way:

Western society is habitually presents itself as the society of the rights of man, but before a man could have rights, he had to constitute himself as an individual, to consider himself such and to be considered such; that could not happen without the long experience of the European arts and particularly the art of the novel which teaches the reader to be curious about others and to try to comprehend truths that differs from his own.

This passage is quoted in Tess Lewis’s “Literature as Resistance,” an essay that bears rereading. She tracks how Nobel Prize winner Gao Xingjian refused to write following the Chinese Communist Party’s socialist realist guidelines, choosing instead to destroy all his writings and live undercover with peasants in a remote province. Since he resumed writing and publishing, he has been outspoken about the importance of language and literature; he writes that language is “the ultimate crystallization of human civilization…I also believe that if a race cannot accommodate this non-utilitarian sort of literature, it is not merely a misfortune for the writer but also an indication of the utter spiritual impoverishment of that race.”

For more on the significance of resistance literature, read and download the PDF for free here. 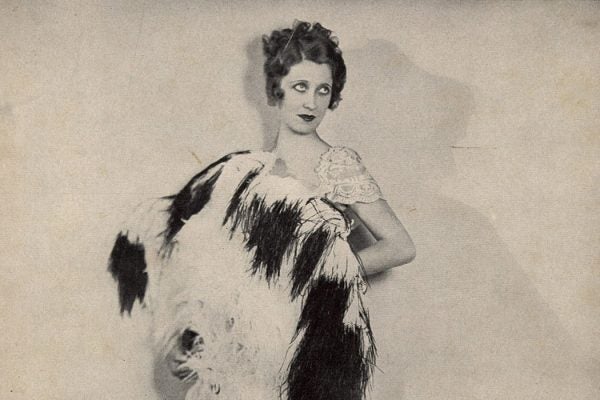 Showgirl. Just the word calls to mind fabulous plumes, spangled sequins, and a distinctive strut. But where does ...