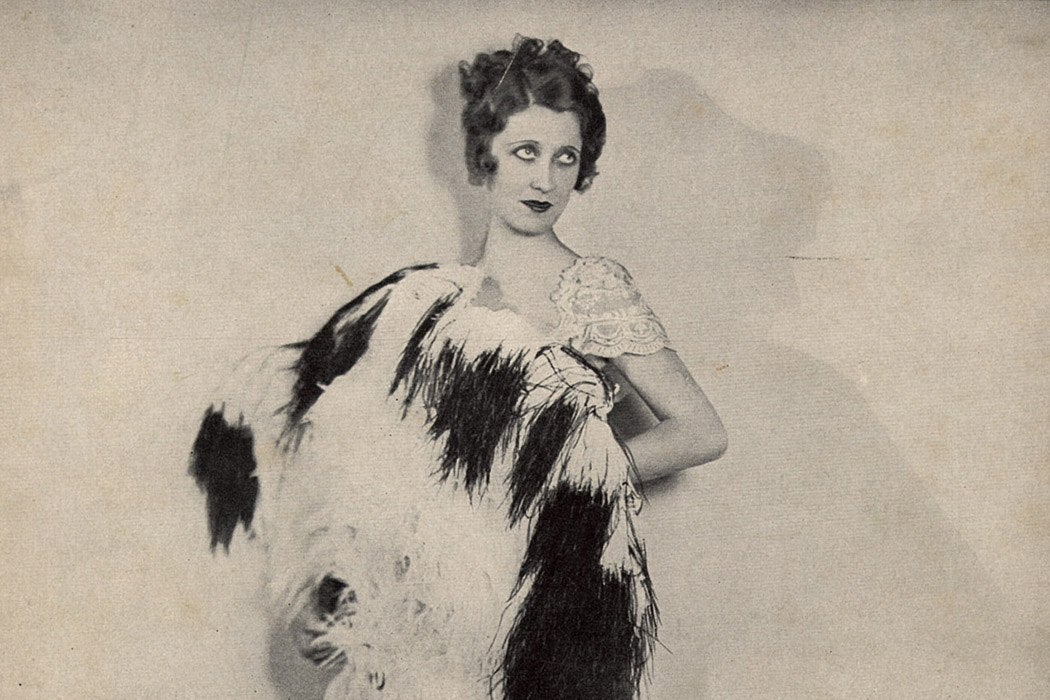 Showgirl. Just the word calls to mind fabulous plumes, spangled sequins, and a distinctive strut. But where does the idea of a showgirl come from, anyway? As Michael Lasser writes, you can thank Florenz Ziegfield for the concept—one born from a combination of outlandish fantasy and outrageous luck.

Ziegfield cut his teeth on showmanship, writes Lasser, sharpening his theatrical instincts as a young man who knew his way around a publicity stunt. At the Chicago World’s Fair, for example, he realized that he could build buzz around a strongman by inviting rich women to ogle and touch his bulging biceps—a move that multiplied the show’s earnings fourteenfold.

But it was the revue that was Ziegfield’s true medium. Though he did not invent the format, writes Lasser, he did see its promise. When his wife suggested he stage one of his own, he added his own flamboyant flair to the concept, creating his famous Follies. To do so, he flouted convention, hiring more dancers and giving them more incredible costumes than his audience could ever imagine.

Florenz Ziegfield’s showgirls became so known for their fashion on and off stage that they were literally called “mannequins.”

His productions “soon became a riot of inventiveness, if not good taste,” writes Lasser—visual and sexual spectacles that featured women doing everything from posing as the ingredients of a salad to lounging on a stage full of spangles. For Ziegfield, the revue wasn’t about the format: It was about the women. He personally selected every performer, looking hard for an undefinable aura of sexiness, natural beauty, and grace that he then amplified on stage. That impossible-to-describe quality became his signature—and his obsession.

Life as one of Ziegfield’s showgirls could be good indeed. He paid more than double the rate of his competitors, protected them from admirers in the confines of the theaters, and helped ensure that each was unique and cherished. But in return, showgirls had to work and live by his exacting standards. As Lasser notes, each had to abide by his often strict moral code, adhere to the education and manners he insisted on, and suffer through endless notes and nitpicks.

For a while, Ziegfield’s motto was “Glorifying the American Girl.” That was apt, Lasser notes: “…the object of his glorification was a girl rather than a woman, not because she was young and virginal, but because she was empty.” Placed on a pedestal, his showgirls embodied performance and style, becoming so known for their fashion on and off stage that they were literally called “mannequins.”

The women Ziegfield elevated were often from humble beginnings and had nothing besides what their boss gave them. As a result, they were beholden to him and bound to their own beauty. For the women themselves, many of whom fell into abusive relationships or into obscurity after their run as Follies girls, life as a showgirl was no fantasy. But for the millions of theatergoers who bought into the illusion they helped create, they were a symbol of onstage magic.

SHOW BUSINESS: The Glorifier: Florenz Ziegfeld and the Creation of the American Showgirl
By: Michael Lasser
The American Scholar, Vol. 63, No. 3 (Summer 1994), pp. 441-448
The Phi Beta Kappa Society 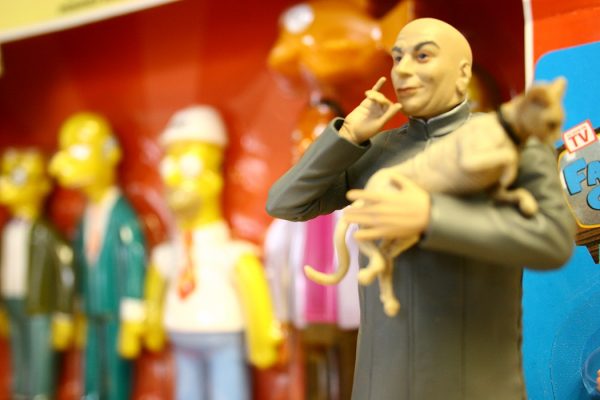 Very British Villains (and Other Anglo-Saxon Attitudes to Accents)

What do peoples' accents really reveal about them? The villainous British accent crystallizes the love-hate special relationship between the US and the UK.