Fighting for the Right to Party at Christmas

In the sixteenth and seventeenth centuries, the Reformed Kirk of Scotland tried to shut down holiday celebrations. The Scottish people didn’t give up easily. 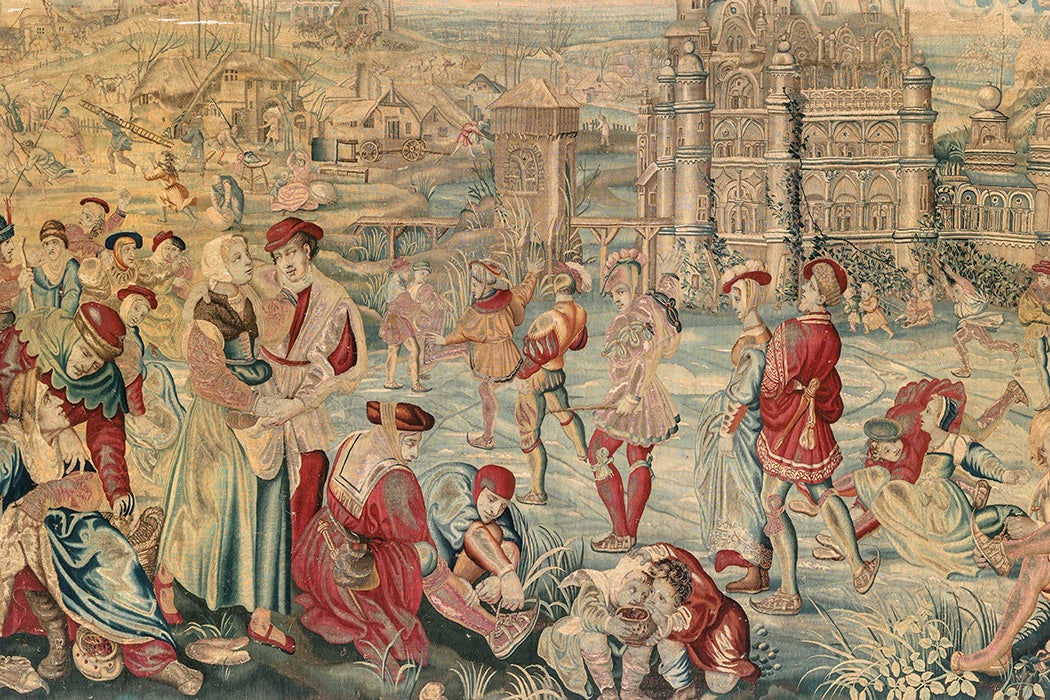 In the United States today, Christmas is mostly a family holiday dedicated to gift-giving and feasting. But for Catholics in early modern Europe, Yule, like a lot of other holidays, was a time for serious partying. That didn’t sit well with the growing Protestant Church, according to historian Margo Todd.

Todd examines festivities in Scotland, where Parliament officially adopted Protestantism in 1560. In the decades that followed this Reformation, she writes, the Reformed Kirk (Church) of Scotland “waged a stern and unremitting campaign against the celebration of Yule, Easter, May Day, Midsummer, and saints’ days; against feasting, whether at marriages or wakes; against Sunday sports and dancing and guising.” From the kirk’s perspective, these were all part of a popish culture and antithetical to the focus on Biblical study and prayer required by the nation’s new faith.

Among the biggest concerns for authorities was the Yuletide tradition of cross-dressing, a traditional part of the ritual inversion of winter festivals.

Todd notes that historians have often viewed Scotland’s Protestant leaders as particularly successful in “reforming” the population. But she points out that there’s a reason the kirk’s battle against the old traditions had to be so unremitting: because people fought back.

In the 1570s, kirk leaders faced numerous reports of ministers continuing to celebrate communions for Christmas, Lent, Easter, and saints’ days, as well as deacons and local church elders attending May plays. In 1595, the kirk’s General Assembly decried the persistence of Christmas caroling, festival bonfires, “filthy and bawdry speeches,” heavy drinking, and “all kinds of wanton games.”

Craft guilds were a particular center of resistance. They were committed to celebrating their patron saints’ days, and their participation in holiday processions helped demonstrate their local status. Even in 1642—eight decades after the Reformation—one observer noted that, despite the best efforts of the local minister, no one in Aberdeen worked on Christmas.

Among the biggest concerns for authorities was the Yuletide tradition of cross-dressing, a traditional part of the ritual inversion of winter festivals.

“Elders and ministers perceived a turning of the gender hierarchy topsy-turvy, even for a season, as a clear danger to the social order,” Todd writes. “Its setting in a popish festival season added fuel to the fire.”

Festive misbehavior might result in fines or time in jail. But Todd suggests that Protestant reformers were strategic about enforcing bans on traditional celebrations, fearing that excessive crackdowns might sour the Scottish people on Protestantism as a whole. Instead, officials gradually introduced new community celebrations and traditions like communion performances and seasonal fasts, as well as non-religious holidays like Guy Fawkes Day. They also allowed people to continue with sports, dancing, and plays as long as they didn’t occur on the Sabbath or involve conduct that the kirk deemed truly offensive.

While Scottish Christmas declined in importance, midwinter partying survived in forms including Hogmanay, the celebration of the New Year by wandering the streets singing carols in exchange for gifts of food.

Profane Pastimes and the Reformed Community: The Persistence of Popular Festivities in Early Modern Scotland
By: Margo Todd
Journal of British Studies, Vol. 39, No. 2 (April 2000), pp. 123–156
Cambridge University Press on behalf of The North American Conference on British Studies