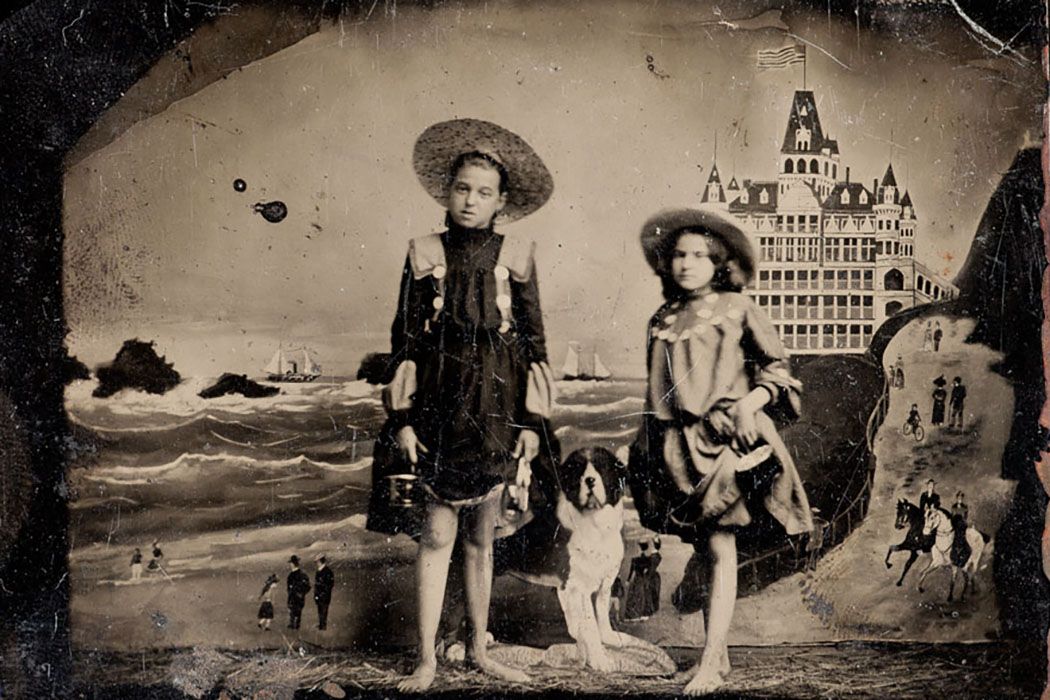 Have Americans always been technology-mad, taking to new innovations with abandon? According to her fascinating history of “The Tinype in America, 1856-1880,” Janice G. Schimmelman sure thinks so. She argues that Americans are “always more enthusiastic about material than cultural progress, more fascinated by the machine than high art.” Noting the hundreds of patents for photography in the mid-19th century, Schimmelman says, “America measured its national and even moral progress through its inventions.”

Of course, the first photograph was made in France in 1827. This was an eight-hour exposure by Joseph-Nicéphore Niépce. He used “a pewter plate coated with a very thin layer of light-sensitive asphalt or bitumen of Judea dissolved in oil of lavender.” Louis-Jacques-Mandé Daguerre came up a much faster process by 1837 that he named after himself, but Americans were very quick on the uptake. In 1840 the first commercial daguerreotype portrait studio was opened in New York City.

Meanwhile, Englishman William Henry Fox Talbot invented a workable negative-positive process by 1839. He paved the way to multiple paper prints from a camera negative, the process that would dominate photography through the 20th century until the digital era.

Tintypes were definitely a pre-paper, mid-19th craze. They were originally called melainotypes and ferrotypes. These were made with a piece of japanned (or enameled) iron that was given a collodion coating containing silver nitrate before exposure. They were never made of tin: that “tin” was something of an insult, suggesting these images’ cheapness, in both coast and production.

The tintype process, which took off in the late 1850s in the US (again, after some initial work in France), was advertised as “healthier, more expedient, more durable, and more economical” than the competing daguerreotype and the similar ambrotype process. (The healthier claim was questionable: potassium cyanide was used as a fixer.)

Schimmelman notes how people liked the plain, unpretentious, un-artistic look of themselves on tintypes, which you could get from street vendors and, outside cities, traveling photographers. People also liked the cost: pennies a picture. Eventually, multiple cameras could make multiple images. Women were important as “photo-consumers,” becoming the keepers of the photo album as “a microcosm of the American family.”

The 1860 presidential campaign was the first to use mass-produced photographs of the candidates, and the Civil War created an enormous demand for portraits of soldiers. There was much less of this for the blockaded Confederacy, where the chemicals used in photography were considered vital to the war effort; for examples, silver nitrate was used to treat venereal diseases and cellulose nitrate (part of collodion) was used as a smokeless explosive.

Tintypes eventually gave way to an even cheaper, even more portable (and album-friendly) format: paper prints from celluloid film, although you can still find contemporary artists using the process. The really big revolution in photography from the consumer perspective was the personal camera, introduced by Kodak in 1888; after this, everybody could be a photographer. 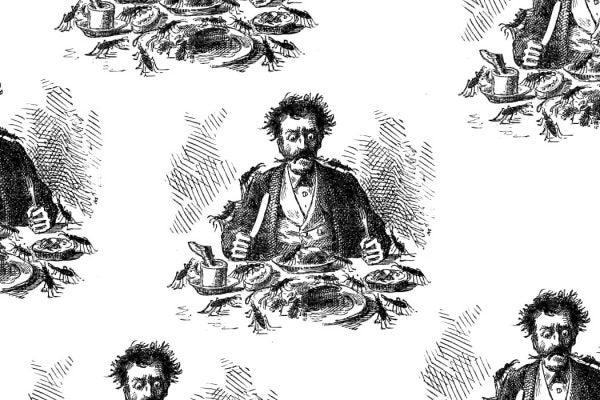 Is cockroach milk the next hot super food?