Johnny Cash wasn’t the only superstar to play in prisons. Music, initially allowed as worship, came to be seen as a rockin’ tool of rehabilitation. 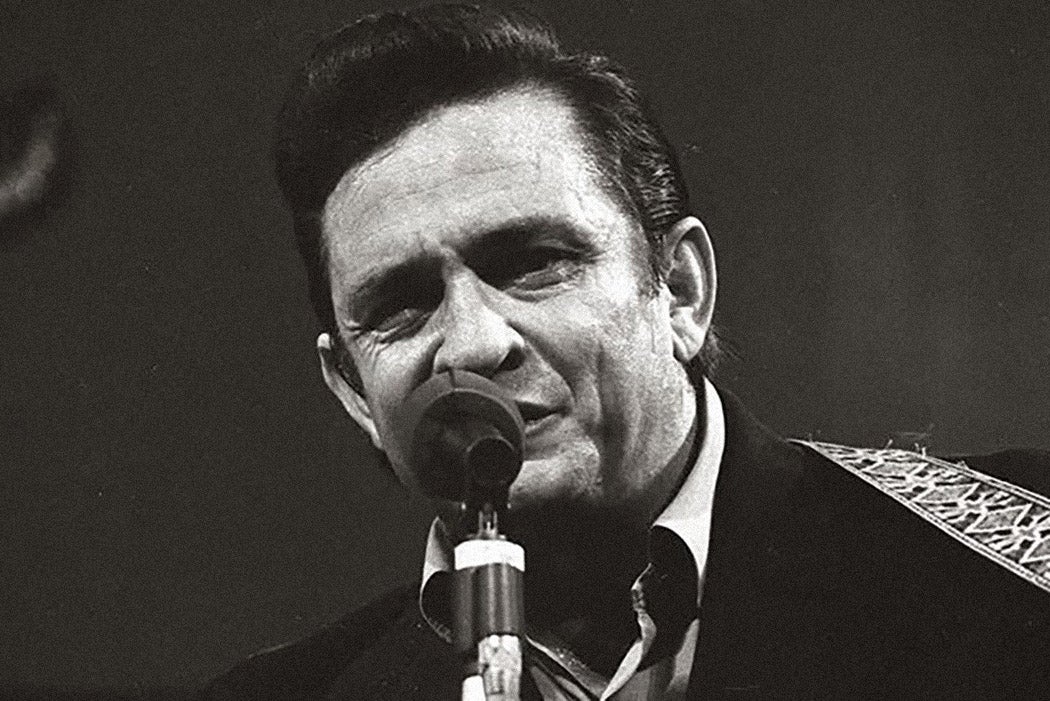 Music and human society have been intertwined for millennia. From channeling the divine to celebrations and sorrow, song and dance are integral to the human experience in most cultures. What aspects of that human experience are denied to those that are incarcerated? Music may be ancient and imprisonment for punishment for a crime may be recent, but already the relationship between the two has shifted dramatically.

From the purported notion that music as worship brings one closer to God—an imperative in early American prisons, heavily inflected by religious thinking—to the contrary notion that music is a privilege that should be deprived from the convicted, opposing philosophies have dominated at different times.

In popular imagination, music and prison are inexorably entwined. From the classic sound of the “captivity harmonica” mournfully filling the stone walls of Shawshank to the bass rendition of “Nobody Knows the Trouble I’ve Seen” in Spaceballs, there are specific musical motifs and tropes that audiences identify as “prison music.” They are hopeless and melancholic, isolated and angst-ridden, and nearly always in minor keys.

Rather than remove music to punish the “soul,” music was seen as a tool to rehabilitate.

But that wasn’t always the case. In the early 20th century,  around the time Foucault argued that our ideas of punishment were transforming prisons, prison administrations were using music to “reform” the people sentenced to their custody. Rather than remove music to punish the “soul,” music was seen as a tool to rehabilitate. The music was positive and uplifting, encouraged the betterment of oneself, and frequently revolved around worship services.

In 1898, in reference to a Good Friday Easter service which included an organ and soprano soloist, Warden Woodbridge of the Connecticut state prison was said to be “a firm believer in the power of music to humanize, uplift, and stimulate the moral delinquents under his charge to something nobler and better.” The prison newsletter’s included effusive praise of the soloist as “the possessor of a soprano voice of wide range and great sweetness…[E]very phrase and difficult passage in her singing showed the effects of cultivation and thorough training… and appealed very forcibly to the better nature of all within the sound of her voice.” The review may have been slightly inflated as she shares a last name with the warden, though if they are related it did not say.

Not all presentations were religiously themed, nor were they limited to the more sophisticated styles of sopranos and organs. Earlier in 1898, the amusingly eclectic “Elite Banjo and Graphophone concert” included not only strumming but also virtuoso “singing and whistling .” The graphophone, a variation of the more well-known gramophone/phonograph, had mixed results, as it “tickled the boys to such an extent that they rather marred the effect by their laughter…[but] it was a novelty to the older residents of the institution.”

As the twentieth century passed, music became less an ecclesiastical mission and increasingly an integral part of secular prison life. In 1966, Johnny “Spider” Martin played a jazz concert in Connecticut State Prison at Somers, with the prison newspaper noting that “a type of music once disdained as being fit only for bars and bordellos was being performed in a sacred concert.”  The prison chapel had given way to the concert hall, and music for its own sake was burgeoning.

Musicians well-known to the outside world began to perform more frequently in prisons. The preeminent example undoubtedly being Johnny Cash, who played his first prison concert at California’s San Quentin prison on January 1, 1958. Cash became a fixture in prisons around the country, notably Folsom Prison, the eponymous facility of his 1955 hit “Folsom Prison Blues.” In 1968, Cash performed and recorded a live album entitled At Folsom Prison. That record ended up selling over three million albums and reviving his career.

His performances were so popular that Cash’s prison concerts were used as a reward for good behavior and withholding them became a threatened punishment. In an announcement for an upcoming concert with “The Folsom Blues Warbler” at Arkansas’s Cummins Prison, The Pea Pickers Picayune warned that “escape attempts, a good rhubarb foul-up or whatever could land you in ye hole will cause you to miss the man who gives out the music.”

With the fame and financial success of Cash’s prison concerts, other musical acts also began playing prisons. Bob Dylan (along with Joan Baez, Joni Mitchell, and others) played a 1975 concert at New Jersey’s Clinton Correctional Institution for Women. B.B. King performed at Chicago’s Cook County jail in 1970, in part to raise awareness of the poor conditions of confinement. The Grateful Dead played at Terminal Island Correctional Facility in San Pedro, California in 1971, where (by coincidence) their soundman was incarcerated at the time for drug offenses. (While there continue to be premier acts that perform in prisons – Metallica and Common have both performed more recently – these events are becoming more rare as society changes its approach to prison, often citing “security concerns.”)

Local schools also joined in. In 1974, the Kearney State College band visited the Men’s Reformatory in Lincoln, Nebraska. While this student band primarily played high schools around the state, there was still a felt responsibility to share the “fun and some of the cheery air of the outside world.”

Yet prison music has not been limited to mere passive observation or concert attendance. Prisoners have created and performed music by and for themselves. In 1966, the Louisiana State Penitentiary held its annual Christmas Show, noting “all performances were by inmates, and only inmates were in attendance.” The show included not only singing and dancing from various performers but also a “noted saxophonist” and flutist, all of which received high acclaim from the prison paper, despite “an insurmountable acoustics problem.”

In 1965, “The Bridge,” publication from Connecticut’s state prison, included a moving tribute to Tweety Peterson, a “moving force behind the founding” of the all-new “inmate” band. The band consisted of a dozen men, with intentions of growing to “between 25 and 30.” Musical performance was not simply tolerated, but serving in the band counted as “a regular work assignment with full rewards and privileges accorded to other jobs held by inmates.”

At Wyoming State Penitentiary in 1967, prisoners grew frustrated when local newspapers would employ “sensational journalism and smear tactics” just before quarterly meetings of the State Board of Pardons and Parole to present “a convincing case for denying parole to all names on the docket.” As part of their counter-publication, the prison newspaper argued that participation and completion of prison music programs should be considered a positive, a sign that the state should grant parole.

Some of these prison music groups found success outside the walls of incarceration. The Prisonaires were an R’n’B harmony group from Tennessee State Penitentiary that recorded “Just Walkin’ in the Rain” for Sun Records (soon to be famous as the home of Elvis Presley) in 1953. The song sold 50,000 copies, becoming an even bigger hit when white singer Johnnie Ray covered the song three years later. Notably, the warden at the time, James Edwards, was a firm believer in the rehabilitative model of prison and worked “to provide inmates with work skills necessary to facilitate their return into nonprison society.”

However, 1974 saw a less encouraging development in Arizona. The La Roca paper reported that “programs scheduling and increased security measures have all but eliminated what was once a flourishing and productive musical education program.” The rehearsal hall was often commandeered for other activities, leading to the involuntary cancellation of scheduled music programs. Physical space within prisons, whether for music or for education, remains an ongoing issue.

The downturn in music programs was not due to a lack of interest but to a lack of resources and priority, as prison populations began to increase dramatically throughout the later twentieth century, quintupling between 1971 and 2007. In 1976, La Roca reported that despite having a “Concert Band, a Spanish Group, Rythmn [sic] and Blues, Rock & Roll, and a Country & Western group,” there was “a limited number of instruments and space to practice.”  In regards to a folk music concert, the Women’s Detention Center in Washington, D.C., reportedly “advertised the performance for the wrong time and also scheduled it in conflict with a football game.”

The trend towards eliminating music programs might finally be reversing. In December 2020, the federal government passed the Consolidated Appropriations Act, 2021, which reversed a 25-year ban for incarcerated students, allowing them to pursue collegiate music programs. The 2023 proposed budget includes over $200 million dollars for the National Endowment for the Arts, part of which funds cooperative initiatives for artist-in-residence programs under the Federal Bureau of Prisons.

Additionally, multiple private programs from various sources have begun to provide concerts for entertainment and music training programs for incarcerated people. Songs in the Key of Free, for example, is a non-profit organization that brings instruments and high-caliber instructors to the State Correctional Institution in Graterford, Pennsylvania. Music programs at universities and colleges are frequently centers for prison arts pilot programs, including a program to teach guitar to incarcerated juveniles  from the University of Texas at Austin or the Prison Creative Arts Project at the University of Michigan.

From chapel services to rock concerts, prison music has been controversial, with concerns over financial priorities taking precedence over their rehabilitative value. Research on the therapeutic effects of music has yielded complicated results, with scholars noting it “helps participants manage complex emotions, but also stirs up memories and feelings,” and society continues to debate the place of music in correctional institutions. Are music programs worth the costs of equipment and facilities? Where is the balance between using music as a tool or encouraging art for its own sake?

Regardless of how American society ultimately addresses these concerns, it is certain prisons will continue using the power of music in some form or other as part of incarceration. As Plato argued, “musical training is a more potent instrument than any other because rhythm and harmony find their way into the inward places of the soul, on which they mightily fasten, imparting grace.”