Drunk as a Lord? OK, if You’re a Lord

Where does class-based hypocrisy over substance use come from? Look to the seventeenth century. 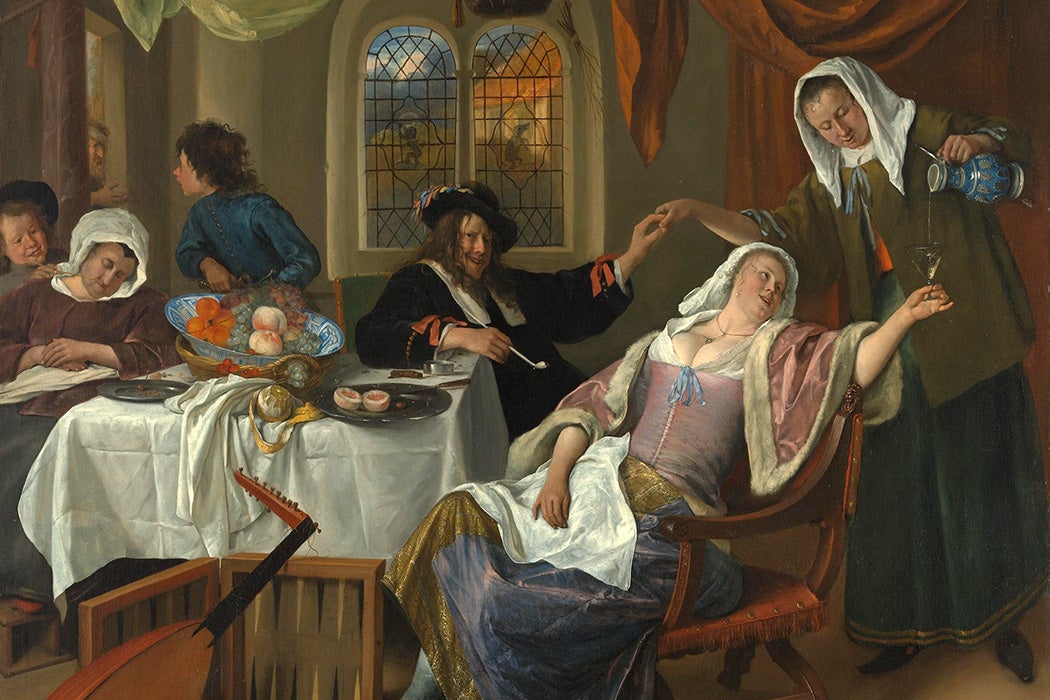 The story of intoxicants in early modern Europe has usually focused on the poor. As this story goes, seventeenth-century peasants and workers got drunk just to get through their grim lives. Brewers and distillers who provided the increasing gallons of alcohol boomed in profit and power. In reaction to moral panics over drinking, the regulatory state was born, criminalizing drug use among the very poor.

Scholar Phil Withington complicates matters by exploring what he calls the real driver of the market for alcohol and tobacco in seventeenth-century England: the affluent. This elite group also powered the demand for softer drugs, including coffee, tea, and tobacco: “A modern diet of milder intoxicants, derived from colonial expansion and global trade, was integral to what has been styled the new ‘culture of respectability.’”

But it was alcohol consumption, including excess drinking, that remained central to elite identities, even as moralists from the same social stratum called for reform. “For many educated and relatively affluent men, drinking and smoking were normative and stylized aspects of their social identity” by the 1630s, writes Withington. He notes that this trend was concurrent with the rise of the word “society” to describe voluntary associations.

“Intoxication” in the seventeenth century could mean either poisoning or getting drunk.

Societies or companies of drinking men, who saw themselves as the rulers of England and its expanding empire, legitimized their own excesses while condemning those of the poor and working classes. London’s Inns of Court, now the staid offices of barristers, were awash in carousing in this period. The home of the two Houses of Parliament, the Palace of Westminster, still has numerous venues selling cheap, subsidized alcohol.

Withington explains that “intoxication” in the seventeenth century could mean either poisoning or getting drunk. Alcohol, in the form of ale, beer, wine, and distilled spirits, was the preeminent route to intoxication. But “colonial groceries” like coffee, tea, and chocolate were considered intoxicating to a certain extent. So was tobacco, which also had medicinal uses, being said to be good for “the migraine, the toothache, obstructions proceeding of cold, and helps the fits of the choler.” All of these were “drugs” in the parlance of the day. Their medicinal, dietary, and intoxicative qualities were varied, as was their use (and abuse) and the differing social and class attributes of users. As Withington writes:

Drunkenness was a social and physiological condition: early modern moralists did not seek to criminalize alcohol as much as reform the manner and contexts of its drinking.

The self-styled gentlemen who liked to drink and smoke in their own company also “preached godliness and civility” as they pounded down the booze and puffed away at pipes. (Daniel Defoe on drinking: “The Gentry lead and the Clergy drive.”) Such societies of men believed that they did drinking and smoking right.

Withington says that the “early modern dialectic between prodigality and reformation, fancy and discretion, intoxication and industriousness remains a defining feature of the modern condition.” The continuing tendency to “blame the poor rather than the rich for uncivil consumption” is another inheritance of this era. 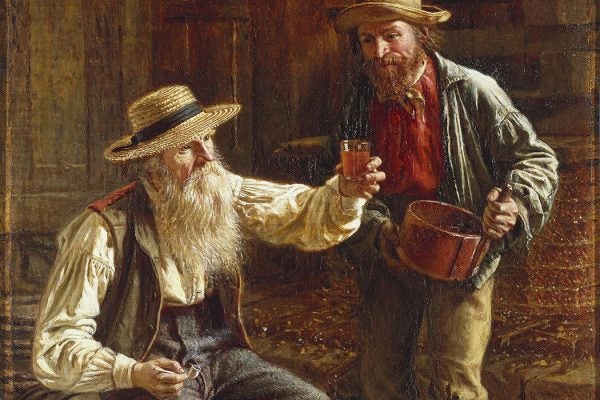 Alcoholic apple cider has been around for centuries. So why does "hard cider" feel like a new trend?