The Sartorial Canvas: How the Iconic Dr. “Doc” Martens Reflect a Culture

The iconic Dr. “Doc” Martens boots seem to have shifted their own image, expanding its reach and popularity. 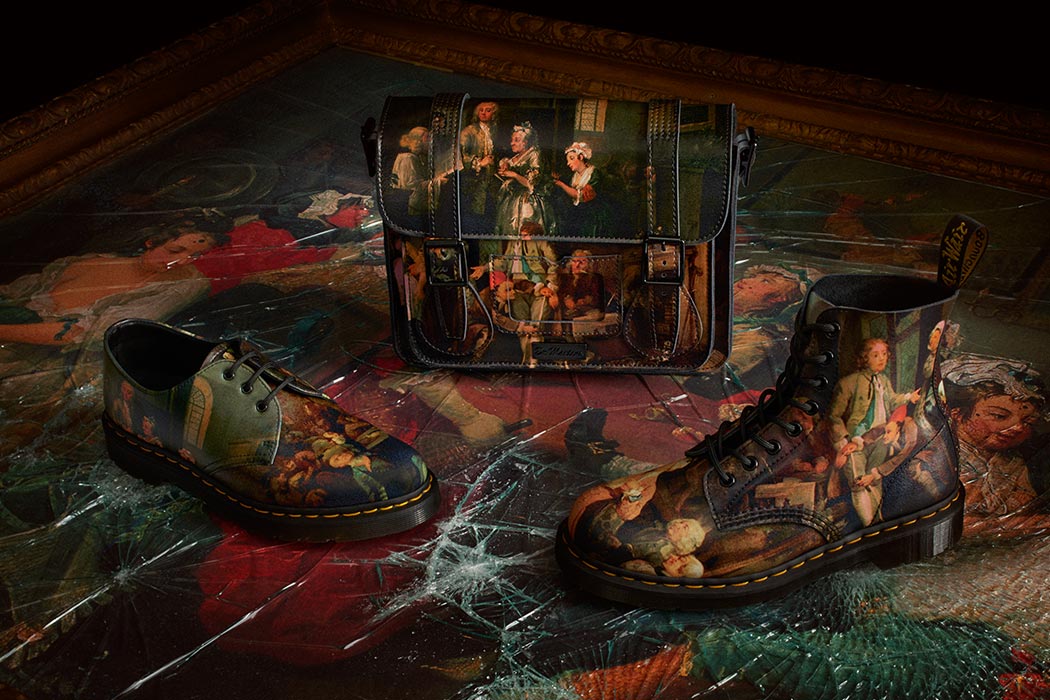 There are lots of iconic sneaker brands: The Chuck Taylor, the Stan Smith, the Air Jordan. If there’s one iconic boot that pops to mind, it might be Dr. Martens, often affectionately called “Doc” Martens. With its yellow stitch and bouncing soles, it calls to mind rainy London streets. The brand has transitioned away from its working-class origins for some time now. Supermodel Agyness Deyn, doyenne of the anti-princess look, rocked their ad campaign, and Miley Cyrus used them as her sole accessory in the “Wrecking Ball” video. Today, they’re worn more by stylish people trying to look working class.

This all makes their newest print—-a wall-to-wall stretch of William Hogarth’s 18th century painting “A Rake’s Progress”—a delicious scramble of the brand’s history as a class symbol, and as a blank canvas for appropriation.

The print is a collaboration between the brand and London’s Sir John Soane’s Museum, and reproduces pieces of Hogarth’s sequential paintings, which tell the story of Tom Rakewell’s descent into poverty and madness after inheriting his father’s fortune. The Soane’s museum breaks it down this way:

The Levée—The boot toe gives us Tom at a levée—a sort of 18th century salon, not the flood control system—playing the fashionable gentleman.

The Orgy—The shoe’s ankle shows us Tom spending his cash (and getting his watch ripped off).

The Arrest—Tom squirms out of getting arrested for debt, thanks to his jilted wife, Sarah Young.

Dr. Martens have long been, much like the Chuck Taylor, a blank canvas of a shoe. It’s been splattered with the Union Jack, covered with prints by English artist Mark Wigan, and decked out in patterns reminiscent of Dutch floral painting. And “A Rake’s Progress” is itself a sort of blank canvas: Igor Stravinsky turned its story into a 1951 opera with libretto by poet W.H. Auden, a work arguably as significant as Hogarth’s. Artist David Hockney produced a series of prints referencing “A Rake’s Progress”, which announced him as an artist with “a rare gift for narrative,” as art historian Marco Livingstone writes.

The twist, though, may be Dr. Martens’ shift in their own image. Scholars Pierre Berthon, James MacHulbert, and Leyland Pitt describe how the brand came to have meaning in three worlds—to the physical world, to individuals, and to collective knowledge, a development of philosopher Karl Popper’s work. “To the public at large,” they write, “the brand came to embody a nonconformist symbol of rebellion against authority.”

Now, by connecting with Hogarth, Dr. Martens may be adding a different satirical voice to the message its iconic boot sends. Roger Law, creator of the English TV show “Spitting Image”, calls “A Rake’s Progress” “a mix of unabashed bottom-feeding finger-wagging morality, classical references and sexual titillation.” Hogarth was a satirist at heart, Law says, and if he was working today, he might be producing TV, “satirizing the modern obsession with celebrity.”

Quite possibly, Hogarth and Dr. Martens are silently wagging a finger at Miley, swinging on the wrecking ball. This particular print invites the viewer—the wearer–to delight in the layers of interpretation, right below, on one’s own feet. 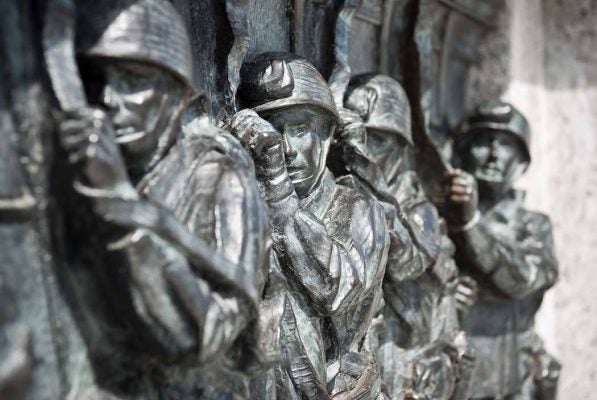