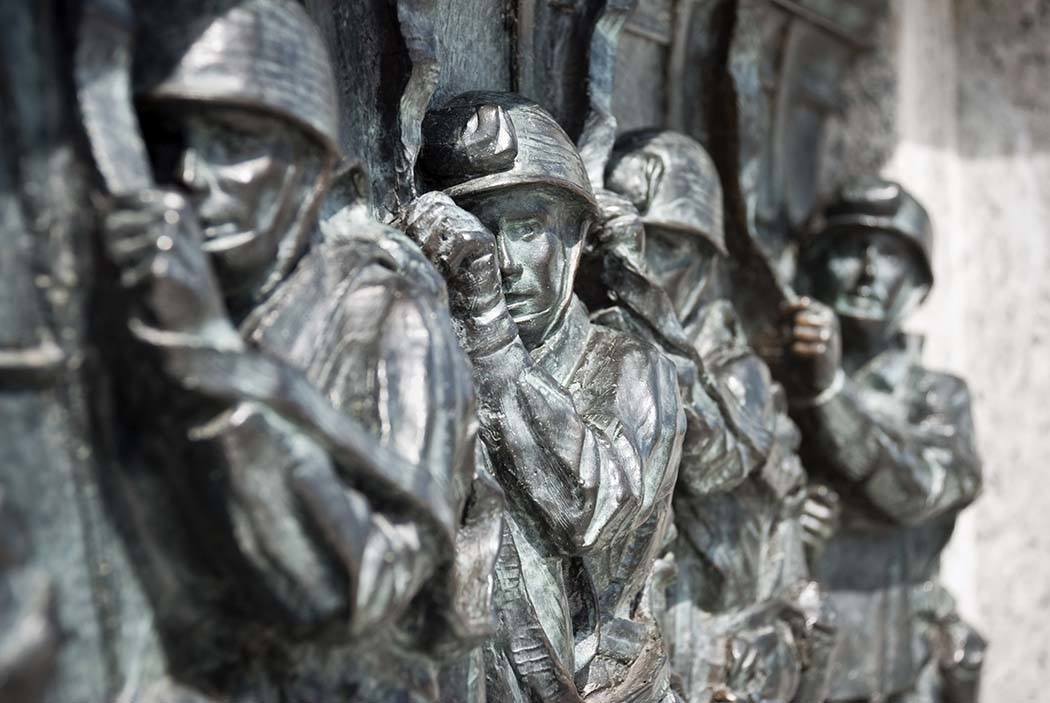 An exhibition entitled “Three U.S. Veterans,” currently on display at Long Beach City College, showcases the work of three United States veterans. During this month of Veteran’s Day, it is fitting to look at the ways in which veterans have used art as both a creative and therapeutic outlet—to not only heal, but to also create healing environments for other veterans.

In 1989, Varick A. Chittenden explored one Vietnam veteran’s immersion into art after returning home. Before his service, Michael Cousino had constructed a few dioramas. But, upon his return, the traumatic memories of war so flooded his subconscious that making dioramas achieved a higher purpose: healing. As Chittenden explained, “The dioramas, which are at once public and private form of folk art, provide a measure of control over a range of experiences that was otherwise unmanageable. The art, therefore, serves both aesthetic and practical needs.”

Soon after Cousino’s homecoming, he joined a Vietnam veterans meeting. “Tense though it was, 14 veterans continued meeting monthly, just to rap: no organization, no officers, no commitments. But talking about these experiences was difficult and the rapping took time and effort to get started.” A friend from this group suggested Cousino return to his dioramas while exploring memories from Vietnam. And from there, his artwork, practice, and healing thrived.

Cousino constructed dioramas based on common Vietnam veteran experiences, his own memories, and also specific stories from his fellow veterans. He began bringing them to his group and sharing them with a growing number of veterans and viewers at large. “Meant as private expressions of personal memories, the dioramas took on new meaning for Cousino when he and others from the group participated in Veteran’s Day activities…” In this case, Cousino’s sharing of traumatic memories and events—whether his own or others’—helped him to heal, and the discussions that followed helped others to heal as well.

This concept of veterans art as therapy was not new at the time, though Cousino adopted this practice in a much more personal and directed manner. In 1945, The Bulletin of the Museum of Modern Art (MoMA), published a short essay called “Art for War Veterans.” In it, MoMA announces and explains the goals and principles of their War Veterans’ Art Center. “The primary function of the War Veterans’ Art Center is not to find artists, but to help veterans find themselves.” Through four guiding principles, the Center aimed to inspire and lead veterans through personal satisfaction, individual instruction, creativeness, and fundamentals.

The essay outlines the Center’s offerings and the ways in which healing occurred. It concluded with a wonderful summary of goals achieved and a veteran’s personal reflection on the benefits of art as a healing process. Though the Center closed in 1948, these concluding thoughts attest to the power of veteran art as an outlet for personal and community healing, as well as for the need of continued exhibitions and explorations:

“One thing is certain: the veteran is uniquely positioned within the history of art teaching. He is both young and old—young in that his artistic expression is still in its developmental stage and old in his accumulation and intensity of human experience. He is deadly serious and works with an enthusiasm and concentration that is uncommon among younger art students. Art holds something of life that the veteran feels he has missed. This idea is repeated again and again by the men and women who have come to the Center. It is perhaps best expressed by an ex-infantryman. ‘I had a lot of time to think while I was in service. I decided that life should be more than routine living and grubbing for money, and I promised myself that if I ever came out alive I was going to do a lot of the things that are worthwhile. Art is one of them. That’s why I’m here!'” 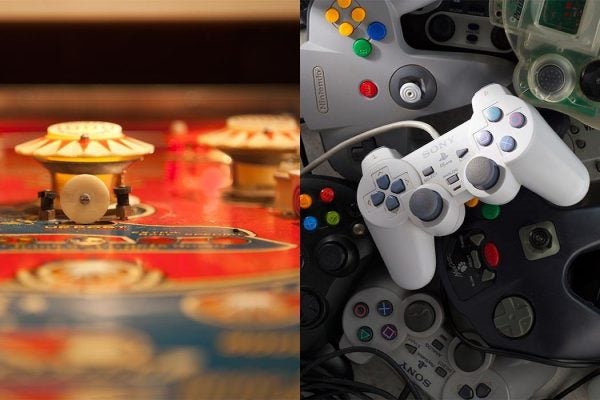 From Pinball to Video Games: How Sex Shaped the Gamer Revolution

From the start, sex played a strong role in marketing games to teenagers.