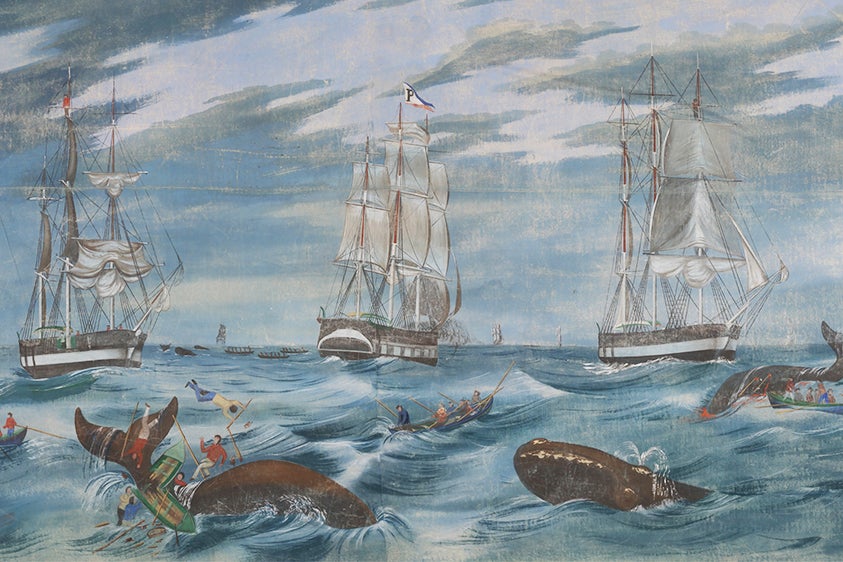 In 1820, the whaler Essex was attacked by a sperm whale. The damage sank the Nantucket ship in the southern Pacific Ocean, and its crew was driven to cannibalism to survive. The event inspired Herman Melville’s 1851 Moby-Dick; or, The Whale, but before that two Massachusetts men visualized the disaster as part of their colossal 1848 “Grand Panorama of a Whaling Voyage ‘Round the World.”

This summer, for the first time in decades, all 1,275 feet of the panorama are going on view. The New Bedford Whaling Museum is exhibiting the newly conserved panorama—recognized as the largest painting in North America (measuring roughly as long as fourteen blue whales)—in its entirety in New Bedford’s Kilburn Mill.

“Whaling Voyage” was made as a moving panorama, a medium involving huge painted scrolls, accompanied by narration and sometimes music. Because of their size and extensive handling, few panoramas are preserved. But art historian Nenette Luarca-Shoaf notes in American Art that by the mid-nineteenth century “moving panoramas were ubiquitous in American cultural life,” with touring shows “enticing viewers with the promise of bearing witness to biblical events or of experiencing a virtual journey to Europe, Egypt, or up the Hudson or Mississippi Rivers.” Created by New Bedford artists Caleb Purrington and Benjamin Russell, “Whaling Voyage” was based in part on Russell’s own sailing experience, with scenes of a volcano erupting in Cape Verde, indigenous island life, and the great hunt of the whales.

It’s probable Melville witnessed “Whaling Voyage” while staying in Boston in 1849. Being a former whaler, and interested in the subject for his fiction, his eye likely would have caught the Boston Post’s review of its “spirit-stirring whaling scenes,” or the numerous handbill advertisements. Scholars Robert L. Carothers and John L. Marsh in Nineteenth-Century Fiction consider the similarities between the panorama and Moby-Dick, including the vigorous and violent chase of the whale:

Boats are upturned and capsized, some beaten by the whale’s tail, others crunched to kindling in his terrible jaw. But some whales are struck, the lances probing for their great hearts, and finally they spout up the thick blood that marks the mortally wounded. The men drive in after their victims with calculated abandon, and at last a whale floats, flukes up to the sun, much as Melville rendered it verbally.

Art Historian Kevin J. Avery further theorizes on the connections between the panorama and Melville, including the depiction of the Essex. “Above all, of course, there are the repeated, detailed, almost methodical portrayals of the rituals of whaling common to the panorama and Moby-Dick, from the initial sightings through the trying out in the gloom of night,” Avery writes. “Of particular interest in the panorama, aside from its several documentary whaling passages, is the artists’ inclusion of a single view of the destruction in 1820 of the American whaler Essex by a sperm whale, perhaps the key factual incident that inspired Melville’s fiction of the demonic white whale that, in the novel’s climax, sinks the Pequod and kills all but one of its crew.”

Whether or not Melville attended a demonstration of the panorama remains speculation. Yet the vividness of Melville’s narrative shares a spirit with this now obsolete entertainment. 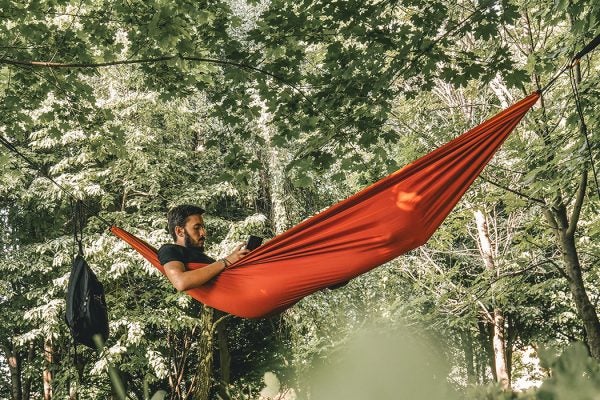