Are Regulations Killing the Small Community Bank in America?

Will regulations aimed at large, investment-oriented banks kill the “It’s a Wonderful Life” promise of the American community bank? 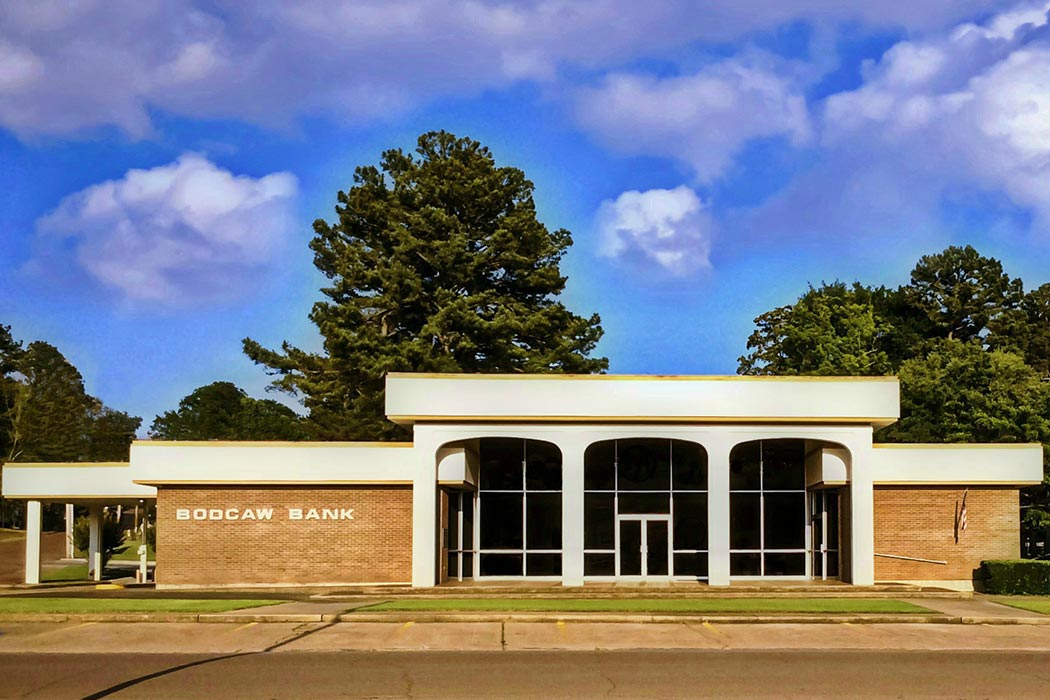 Stamps, Arkansas is a town of some 1,500 people in the southwest corner of the state. Its sole claim to fame—other than being the only town in the U.S. named Stamps—is as the childhood home of Maya Angelou, the Presidential-Medal-of-Freedom-winning author and poet. Like many nearby towns its size, Stamps has declined both in population and commerce in recent decades. Many of the old buildings in the downtown district sit empty. Standing watch over them is the locally-owned Bodcaw Bank, still open for business as it has been since 1903.

Inside, bank President Scott Hultberg oversees the operation of the single location (slogan: “We don’t have branches, but we sure have roots”), a $75 million community bank. It’s a job he moved from Washington state to take in 2004. With a decade of experience in Stamps now behind him, he understands the importance of the bank to the surrounding community.

“We don’t have branches, but we sure have roots.”

Hultberg aims to keep that from happening in Stamps and the wider county (Lafayette) by focusing Bodcaw Bank’s lending close to home. But he still feels pressure from overall economic decline and the fact that many young people move away from the area.

“We’re doing everything we can to try to make our particular town and our particular county grow. [But] with a lack of new industry coming into town, how do you make anything grow…Every day it’s one more drop of blood, and you’re slowly bleeding to death but there’s very little you can do about it.”

“The responsibility that a lot of community bankers have is: you help your own, or you die.”

One thing Bodcaw Bank is doing is making micro loans, the kind many associate with impoverished nations. Most large banks would not bother loaning someone, for instance, $800 to fix their automobile transmission. It’s simply not cost effective for them, Hultberg says.

“It’s not very cost effective for us. But I also know this. If I don’t give Joe an $800 loan, he’s not going to be able to get to work. If he doesn’t get to work tomorrow, he loses his job. And that’s one more in our community that’s not working, in a county that’s already one of the most depressed in Arkansas. The responsibility that a lot of community bankers have is: you help your own, or you die. So I think not just Bodcaw Bank, but every community banker in every community, they want to see that community live to fight one more day.”

It may be very important that community banks continue to live and fight not only in Stamps, Arkansas, but nationwide. Research indicates that such banks supply underserved market segments with a loan process that is different from that of large banks. In a 2004 article in The Journal of Financial and Quantitative Analysis, authors Rebel Cole, Lawrence Goldberg, and Lawrence White note that small banks make relatively more small business loans than large banks. Their analysis finds that banks with less than $1 billion in assets use a loan evaluation process that depends more on relationships with borrowers, rather than the “cookie cutter” approach of large banks, which focus more on financial numbers in deciding whether to make a loan.

A 2002 piece by Allen Berger and Gregory Udell in The Economic Journal defines this kind of “relationship” lending as based on non-quantifiable, “soft” information about the borrower’s character. They argue that it doesn’t work as well at large banks because organizational layers and even geographic distance may separate those approving loans from the loan officers who maintain the actual relationships with the borrowers and the surrounding community. In such circumstances, hard information such as credit scores and financial statements take on greater importance.

At Bodcaw Bank, Hultberg says that relationships are critical to how they work.

“You need to communicate with the customer. You need to work with them… For example during the banking crisis when folks were losing their homes. What a hero would some of those [large] banks have looked like, if they would have worked with their customers the same way we work with ours, and said ‘I tell you what, we’ll let you go interest only for six months or a year to get back on your feet.’ …This is the type of thing a community bank will do. They’ll work with the customer rather than get the house back. [Customers] take care of us. We take care of them. It’s a two-way street. And the bigger banks have forgotten about the two-way street.”

“We don’t sell a single loan we make.”

One problem in the bigger banks, of course, was that they often bundled the loans they made and sold them into secondary markets. In those situations, the borrower-lender relationship is severed.

“We don’t sell a single loan we make,” says Hultberg, who has worked in both small and large banks over the course of his career. At the same time, he adds that he feels pressure from Fair Lending regulations to begin acting more like a large bank, by lending based on quantifiable factors only. He says he understands the idea behind such regulations: they seek to ensure everyone will be treated the same. “That sounds great in theory… The problem is, everybody is an individual. And unique individuals have unique circumstances.”

As more evidence of regulations imposing a cookie-cutter approach on community banks, Hultberg notes that his bank has frequently made loans with annual or quarterly payment schedules rather than monthly. This is for agricultural households who may only sell a crop at certain times of the year. The current regulatory environment is making it very difficult to do such non-standard loans.

“I think common sense is lacking,” Hultberg says. “And I don’t know if common sense can ever be brought into an equation.”

He adds that Bodcaw Bank avoids certain types of loans with very high regulatory burdens, such as very-low-money-down mortgages. While the need for them is there in the community, Hultberg says the regulatory issues simply force the bank to pick and choose how to serve.

Financial reforms that came in the wake of the Great Recession have made life for community banks even more difficult, Hultberg says. “I think in Dodd-Frank, you saw them throw in everything under the sun.”

The fundamental problem, as Hultberg sees it, is that regulations failed to distinguish between community banks and large, investment-oriented banks.

“The problem is those regulations should have been for the banks that caused the problem. For example, a lot of what they call banks today are what we [once] called brokerage houses. These banks that they bailed out are just brokerage firms. That’s all they are. You don’t go get your community boat loan or your RV or your used car loan or anything like that through those banks. The only thing you go to them with is your wealth so it can be invested in products that I as a country banker couldn’t even begin to understand. Going back to my college years those products didn’t even exist back then. We didn’t even talk about them in economics. Those banks probably needed to be dealt with as brokerage houses and referred to in the media as brokers. I don’t think the media helped by just calling them banks.”

The result is that a one-size-fits-all regulatory mentality has been applied to the industry.

“The biggest problem is the amount of regulation that is exactly the same for a bank of our size vs. a bank of multi-billion-dollar size. That is really what kills us,” Hultberg said.

It was more than just the esoteric financial products of the multi-billion-dollar banks that caused the problem, according to Hultberg. It was their entire philosophy of constant growth and the risk that entailed. “I’m as pro-capitalism as the next guy, but you cannot make growth happen quarter after quarter after quarter forever… It’s very unrealistic. I think community banks in general are more realistic about that. And when a community goes through a slow time, that bank is more prepared to handle it. Of course I don’t have Wall Street breathing down my neck saying ‘we’re going to downgrade you if you don’t meet [our] expectations this quarter.’”

“I don’t have multiple departments… I have one outside attorney that we pay a lot of money to, to run stuff by. But I don’t have an in-house staff of attorneys. I don’t have staffs of CPAs and economists and things like that. When you start running a lot of regulatory burdens past a small bank, you get small banks putting multiple hats on multiple people.”

That leads to extra stress in the workplace, attrition among staff, and possibly even a higher likelihood of the bank selling out or merging with a larger competitor.

What needs to happen, according to a 2015 article by the editorial board of Bloomberg View, is to fine-tune the Dodd-Frank regulations. They call specifically for relaxing requirements on community banks, which they note make almost 25% of commercial loans in the U.S., despite having only 10% of the banking industry’s assets.

Bolstering the case for taking action to help community banks, a 2012 article in the American Economic Review by Rajkamal Iyer and Manju Puri claims that strong relationships between borrowers and lenders can even mitigate bank runs. It’s quite a claim, one that calls to mind the classic movie It’s a Wonderful Life, with small banker George Bailey jumping atop the counter to confront a long line of frightened borrowers demanding their money.

“No, but you… you… you’re thinking of this place all wrong,” Bailey says. “As if I had the money back in a safe. The money’s not here. Your money’s in Joe’s house, right next to yours. And in the Kennedy house, and Mrs. Macklin’s house, and a hundred others. Why, you’re lending them the money to build, and then, they’re going to pay it back to you as best they can. Now what are you going to do? Foreclose on them?”

George Bailey’s is an old fashioned sentiment, one that may be disappearing in the banking industry. Will community banks survive in the future? It’s a very hard question to answer. No one has a crystal ball. But here’s a slightly easier, related question: Will Bodcaw Bank survive?

Hultberg says he currently has about 13 employees. The number has been as high as 16, and he will probably let it drop further as current employees retire or leave.

“I think we can survive,” he concludes. “But the way we might survive is actually through shrinking a little bit rather than growing… I don’t want to leave the marketplace… because it would be doing a disservice to your folks who have already been here the last one-hundred years with you. But I can’t put that off the books either.” 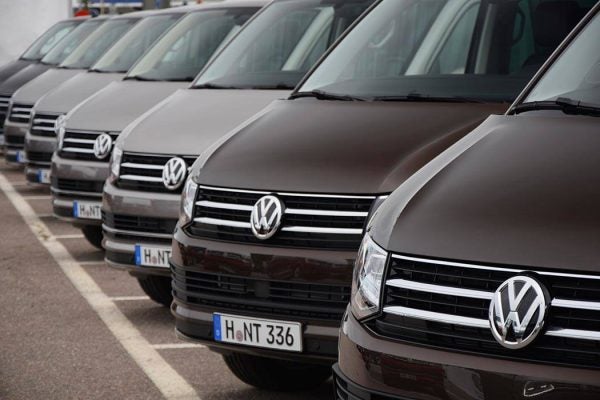 Beyond the Volkswagen Scandal: What Our Choices Say About Us

Can Volkswagen repair public trust after the scandal? Here's a historical look at the brand-identification associated with the company.