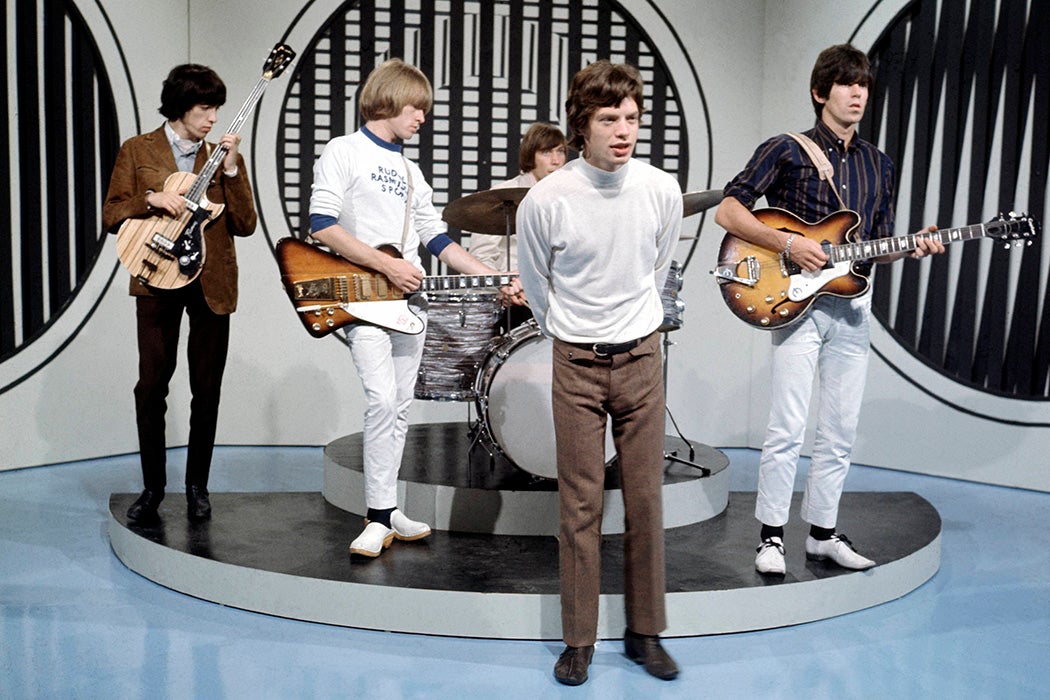 Lists of the “best” and the “greatest” music always seem to include some pretty standard fare—The Beatles, The Rolling Stones, The Beach Boys— but how did those groups earn their spots? The more these artists and their songs appear on these lists, the more they become a part of the culture, and ultimately, a part of the canon—the lists of songs that just “are.” The commonly-known songs, and their equally-known artists, each living years, or decades beyond their creation. In their analysis of 38 best-of lists, musicologists Ralf von Appen and André Doehring examined why certain musicians and songs have stood the test of time.

Von Appen and Doehring compiled the all-time greatest music lists into a master “meta-list” of music that could be considered canonical, and noticed some trends. Of the top 30 albums on their meta-list, all contain songs in 4/4 time, the songs are rarely longer than four minutes, and are sung in English. There is also an overrepresentation of albums from 1965-1969. But the commonality that the two found most striking: “nearly all musicians are white males from the USA (43 per cent) or Great Britain (52 per cent).” The Beatles take four of the top ten spots.

”Most of the best selling albums are completely ignored in the canon.”

It might be easy to conclude that charts like these are also a measurement of popularity, but the researchers found that isn’t always the case— “most of the best selling albums are completely ignored in the canon.” Also ignored in the canon were Black and women musicians, and styles like soul, blues and hip hop. This, they argue, is more a case of who is choosing rather than what they are choosing. Looking at this list from a sociological perspective, von Appen and Doehring found that those doing the selecting were very often a lot like the artists they chose, that is “predominantly white males from the western hemisphere.” And because being part of this group, or any group, often comes with norms and “they have, and then further develop, a distinct taste in comparison to other groups.” In short, if at some point, the group decided that The Beatles were the gold standard, then they’d continue to be the gold standard for years to come. Earlier generations have defined the requirements of the canon, and even without their participation, “they have thrown the canonic anchor into the ocean of music.”

The researchers also found that even though it might seem like marketing wouldn’t have an influence on choosing albums from the 1960s in the 2000s, it does. The most obvious reason is that “only music that has been recorded, distributed and advertised has a chance of canonisation,” and the continuing branding of certain musicians also contributes. Box sets, remasters, previously unreleased materials, and increased coverage for release anniversaries, for example, keep certain albums in the public’s mind.

This canon “reduces the unimaginable versatility of popular musics from all over the world to a small collection of albums within very narrow stylistic bounds, and defines pop and rock music by the standards of late 1960s rock,” von Appen and Doehring write. And though a guide to popular music is helpful for those who want to learn (even if that guide is “biased, partial and middle-of-the-road”), by examining the who chooses and why, the “dominant canon of the dominant” can be opened up as listeners reflect on their exclusions and “find their own ways off the beaten track.”

Nevermind the Beatles, Here's Exile 61 and Nico: 'The Top 100 Records of All Time': A Canon of Pop and Rock Albums from a Sociological and an Aesthetic Perspective
By: Ralf von Appen and André Doehring
Popular Music, Vol. 25, No. 1, Special Issue on Canonisation (Jan., 2006), pp. 21-39
Cambridge University Press