Trials create narratives that are “plot-driven.” When judges attempt to see them as “character-driven,” real people can be denied justice. During the trial of Elizabeth Holmes for criminal fraud committed while CEO of Theranos, each piece of evidence and argument introduced served to move the trial along. Much like a straightforward Hollywood film, the trial was “plot-driven”, creating a compressed, linear narrative in order to further the case, and story, of each side.

According to former trial lawyer, and current law professor, Philip N. Meyer “[i]n the simplified parlance of Hollywood, movies are ‘plot-driven,’ while novels are ‘character-based” or ‘character-driven.’”

“To construct the plots of trial stories, litigators depict compelling characters and do so under constraints akin to those of commercial Hollywood movies,” Meyer writes. Skilled lawyers may try to convince the jury the accused, or even a witness, is innocent or guilty (or at least telling the truth) based on their character.

If the judges approach a case from viewing a case through a novel lens, they may be focused on the character of the people involved rather than the actions.

“There is a well-recognized psychological bias for jurors to regard events as caused by the innate character traits and psychological propensities of individual actors rather than by circumstances beyond human control,” Meyer explains.

Appellate cases risk being judged according to character, akin to novels, Meyers states. Appellate courts do not listen to witness testimony or admit new evidence, instead reviewing what has already been introduced at the prior trial.

If the judges approach and view a case through a “novel” lens, they may be focused on the character of the people involved rather than the actions. Meyers gives an example of Rusk v. State, a 1979 appeals case that led to the overturning of Salvatore Rusk’s conviction for rape.

The survivor of rape was described as a young, divorced woman with a young son who went “bar-hopping.” Through this description of the survivor, the appeals court made assumptions about the survivor’s character.

“The court’s reading of the record discounts the victim’s explanation of why she did not physically resist the defendant,” Meyer explained. According to LexisNexis, “the court held that the prosecution failed to show that defendant’s words or actions created a reasonable fear in the mind of the victim that if she resisted, he would have harmed her or used force to overcome the resistance.”

This was, however, not a work of fiction, film or novel. It was a trial for a crime, and “[the appeals court] read the transcript as if it was a novel and were free as readers to imagine the unseen world within.”  It was only after the overturning of the guilty verdict was itself appealed that Rusk’s sentence would be reinstated. 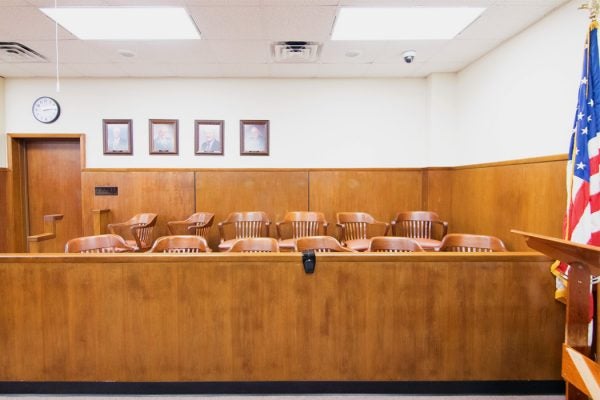 Why Do We Still Use Juries?

The history of juries is actually quite revolutionary.