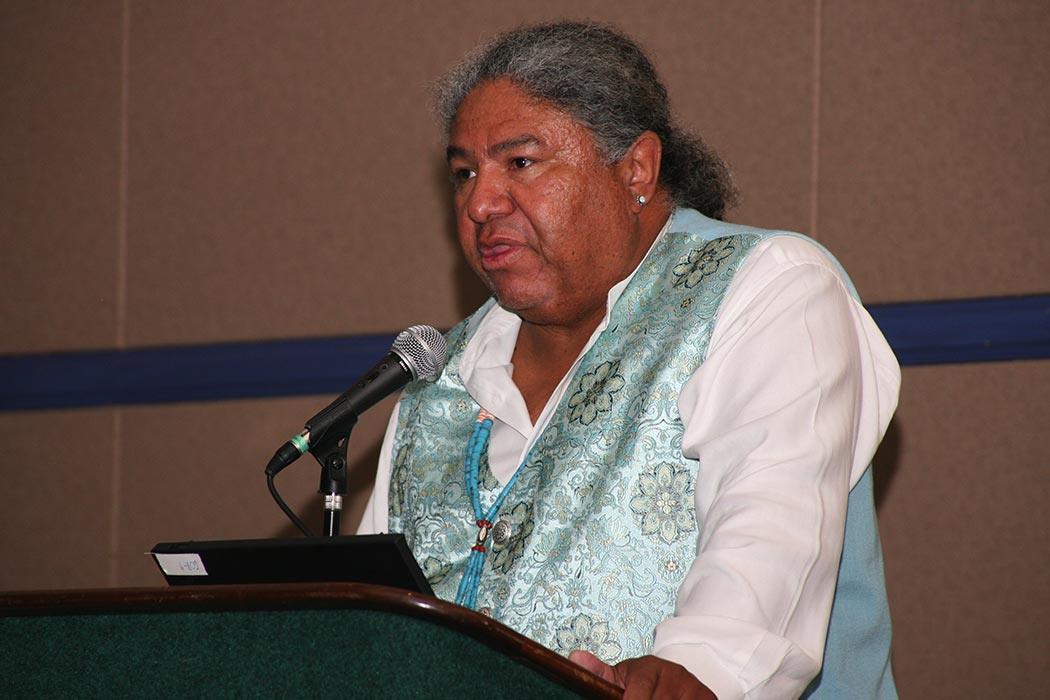 Hachivi Edgar Heap of Birdsassert, “Whether living on reservations or in cities or traveling between them, contemporary Native writers and artists must formulate and articulate themselves as correctives to the long history of misrepresentation of Natives by colonizers, thus placing themselves as historical and contemporary subjects.” In her writing, Wong immediately disrupts the widely believed, non-Native, ahistorical idea that Native American artists and people have disappeared. She begins her examination of two contemporary artists saying, “Neither pictography nor indigenous artists have disappeared…today both writers and visual artists continue to reconfigure pictographic (and other graphic) traditions and Native subjectivities.”

This assertion helps to establish the slanted historical playing field from which Heap of Birds works when countering stereotypes and mis-histories. His work also echoes performance artist James Luna’s sentiments, in that one of the first barriers for many contemporary Native artists is the simple and emphatic notion that they are in fact still here, alive, and making art.

In the 1870s, Heap of Birds’ great great grandfather and other members of his family were imprisoned at Fort Marion, Florida. There, many of the prisoners adapted a popular, pre-prison, pictorial artistic tradition of painting on hides instead of using what was available to them: ledger books and colored pencils. In exploring this history, Wong analyzes how Heap of Birds engages with such narratives in his own artwork. (For more on the history of ledger book art, Janet Catherine Berlo beautifully explores the intricate history of these drawings.)

“Like the men imprisoned in Fort Marion a century ago,” Wong argues, “Heap of Birds uses contemporary forms to communicate to a (primarily, but not only) non-Native public as a way of making visible Native people. Even though separated by over one hundred years, the artists share certain concerns: resisting social and cultural captivity and erasure, negotiating with and critiquing dominant society, and retaining or reclaiming tribal/community values and ideals.”

Like the Fort Marion ledger drawings, Heap of Birds often uses public installation art to reach a larger non-Native audience. In his 1988 “Native Hosts,” he appropriated the look, feel, and materials of freeway signs to draw unsuspecting drivers’ attention to the often-forgotten or silenced history of Native-American genocide in the U.S. The signs would display a mirrored version of the city name so that New York read as “KROY WEN.” Appropriating a symbol as familiar as a road sign allowed the work to be immediately recognizable. In this way, “he used the dominant system of mapping and naming itself to criticize its own existence…Mirrored words ‘disrupt legibility’ as well as reflect the treacherous use of alphabetic literacy (treaties that were never kept, fraudulent land deeds, boarding school education as a policy of forced assimilation, etc.) against indigenous people.”

In a similar roadside series made in 1997, Heap of Birds made work for the Biennial of outdoor sculpture at the Neuberger Museum of Art at Purchase College. In this case, he disrupted the typical format of a road sign: “destination city” and “miles to go.” Instead, he chose to replace the distance with a series of questions, so that his sign read:

The combination of the obvious with the unexpected forced non-Native commuters to contemplate questions they might not otherwise consider: Whose land are we on? Whose was it first? What was here before New York?

As Wong argues,  Heap of Birds “offers only fragments, only fragmentary knowledge, and it is the viewer who has to find ‘all the pieces to put together.’ Such a process forces viewers to reformulate notions of Native American history and subjectivity.” 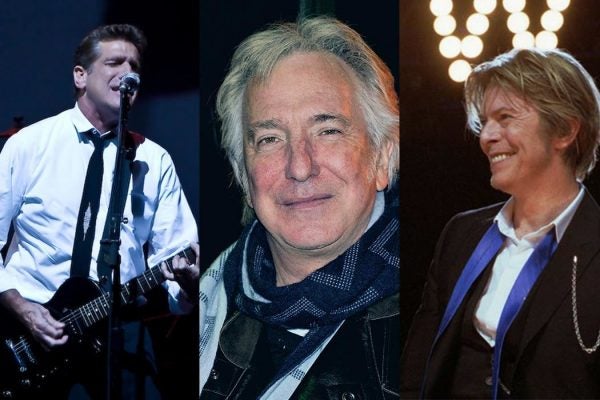 We’re More Sensitive to Our Health After a Celebrity Dies

Data suggests that people are more sensitive to health-related matters after the death of a celebrity.