Challenging the Hegemoon: the Geopolitics of Space Infrastructure

Cooperative space initiatives between non-US powers such as China and South America are under-explored in scholarship and misunderstood in popular politics. 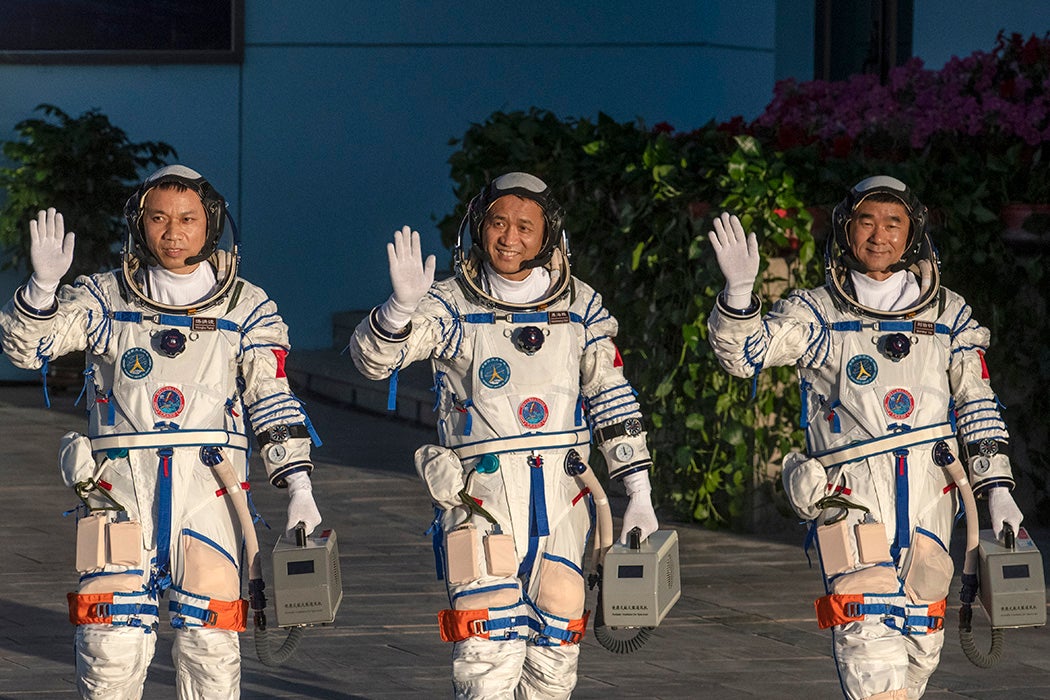 Intergalactic politics echo world politics: the most recognizable space programs and multilateral agreements are conducive to US power, a norm that’s been cemented in place since the Apollo 11 moon landing in 1969.

Outer space initiatives between non-US powers—such as China and South America—are less known; they’re under-explored in scholarship and misunderstood in popular politics. Most attention given to these space relations is shaped by Western pessimism, subscribing to the perspective that China’s main interest in space exploration is to deepen asymmetrical power structures. China’s continuation of satellite production in South America, say, is a source of stress for Western security interests. As Global Studies scholar Julie Michelle Klinger says, such an endeavors is seen “as a novelty at best, or with passing alarmism at worst.”

Ecuador is of especial strategic importance, given its geosynchronous advantage for satellite-tracking.

That’s not to say that the astropolitics between China and South America are void of geostrategic agendas. There are plenty of political and economic interests in outer space cooperation—particularly given their distance from US influence. “Ideals of South-South solidarity continue to motivate space relations between Latin American countries and China,” notes Klinger, not to mention the hope of improving their legislative presence through bilateral and multilateral agreements and/or earning esteem via scientific developments.

Security is innately connected to the geopolitics of space exploration. Ecuador is of especial strategic importance, given its geosynchronous advantage for satellite-tracking. It’s historical factors like these that fashioned the agreements that would set the stage for China-South America cooperation in space technologies, leaving today’s interstellar projects entwined with Earthly infrastructure projects. China’s “Belt and Road Initiative,” for instance, which involves nearly 140 countries with more than $1 trillion in projects related to energy, transportation, digital networks, and trade, might greatly benefit from satellite-tracking across Latin America.

Multilateralism continues to have the strongest legislative hold over space programs and their ancillary projects. While many of them were fashioned within a twentieth-century space-race context, they’re continuing to spring up and shape the legalities of international astropolicy. An examination of multilateral organizations—particularly ones disconnected from the UN—signals that the democratization of outer space politics is still maturing.

For instance, when the Asia-Pacific Space Cooperation Organization (APSCO) was founded, one of its intentions was to keep scientific interests free of superpower authorities. What cannot be ignored, though, is that there are always underlying political forces. Klinger points out that multilateral agreements might employ broad terms like “sustainable development,” but this rhetoric signals that other interests are typically at play. “APSCO’s continued use of this term is no different,” she writes:

The organization has an explicit policy to promote the industrialization of space technology and its applications among member states. Concretely, this has meant technology-sharing agreements and contracts between the space agencies of APSCO countries and contractors in China for a variety of purposes, some of which can be described as sustainable and others that can be classified as development.The same satellites that support climate science are also providing data to support environmentally destructive development plans.

In other words, the ideals of the organizations involved aren’t always realized; the political mechanisms aren’t always transparent.

As space science continues to develop, it’s imperative to rally scholarship of infrastructure and exploration in non-US space contexts. The gap in literature and popular culture not only reinforces a misunderstood narrative of asymmetry, but it also reveals a severe oversight of an increasingly important topic.

It'd be "a step more significant than the colonization of land by our amphibian ancestors some 500 million years ago." But Sagan had reservations.