Can Zapping Your Brain Really Make You Smarter?

Early scientific results on transcranial direct current stimulation (tDCS) show promise, but are they enough to support a multi-billion-dollar industry? 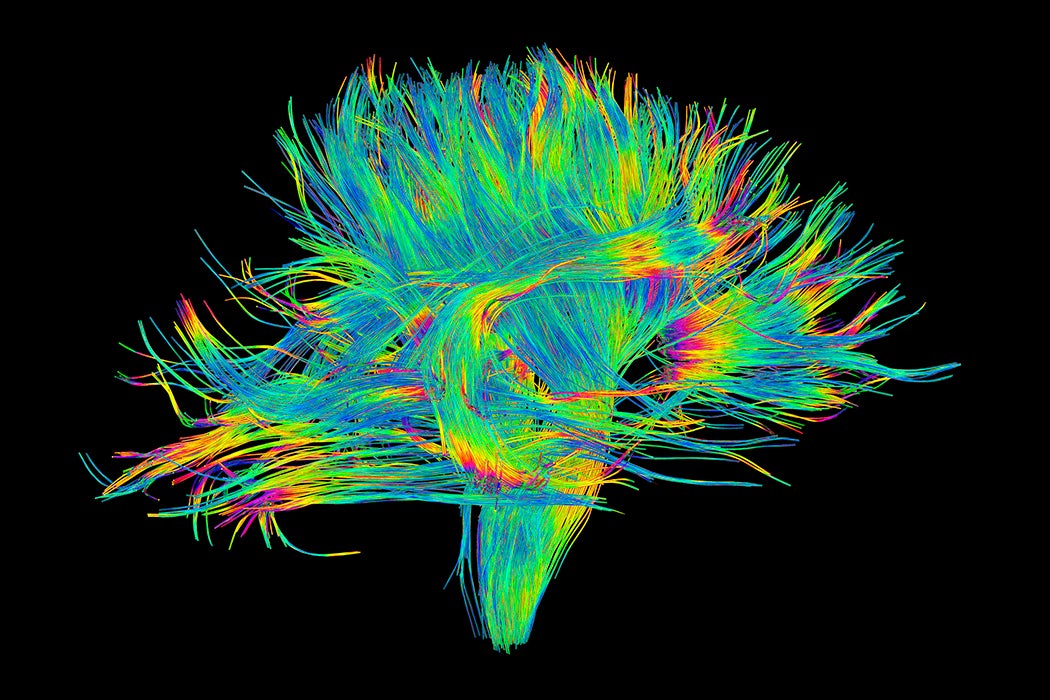 According to the advertising hype, you too can enjoy incredible neural and psychological benefits in the comfort of your own home by using a simple electrical device that offers transcranial direct current stimulation(tDCS). For instance, three different models of tDCS devices sold online claim to improve mood, increase creativity, enhance memory, accelerate learning, and combat pain and depression. For the low, low price of between $99 and $189.95, you get a compact handheld device with easy-to-use controls and two electrical leads that end in small sponges. These sponges are dipped into saline solution to make them current-carrying electrodes, then placed against your head. The websites typically show the sponges located on either side of the forehead, but point out that they need to be placed elsewhere on the skull to activate different parts of the brain, depending on the desired outcome.

Wherever you place the sponges, when you switch on the unit, you’re pumping electric current into your brain, although not very much. The supposedly safe maximum of 0.002 ampere, as set by a tDCS device, is only a tiny fraction of typical household current. But then, the 86 billion neurons in your brain communicating with each other via electrochemical pulses don’t use much current either. Two milliamps (0.002 amps) is enough to change some neural interactions and affect brain function, a result that was firmly established in 2000. That makes tDCS an important tool for neuroscience. But, despite the glowing user testimonials, the benefits from using tDCS at home are far from definite.

All of the tDCS websites state that the units are not sold as medical devices or to treat medical conditions, only to enhance “wellness.” This exempts tDCS devices from U.S. Food and Drug Administration (FDA) oversight for medical effectiveness (much in the way dietary supplements that claim only to improve wellness are not necessarily subject to FDA oversight).

Without regulation, there is no guarantee that the devices are correctly designed and built. One model tested in a university lab actually impaired memory. Incorrect use and placement of the electrodes can also produce unreliable results. All this could diminish any good effects from tDCS. On the other hand, a user’s perception of positive results may be influenced by the placebo effect, where belief in the efficacy of the treatment becomes self-fulfilling. Moreover, tDCS can produce bad or uncomfortable outcomes. Using too much current or simply using the device excessively can be damaging. Besides the burns that some users report, some people experience neural phenomena, such as apparent flashes of light.

Scribonius Largus, physician to the Roman emperor Claudius, described the therapeutic value of a stingray-like fish called a torpedo that delivers electric shocks.

Neuroscientists, psychiatrists, and medical ethicists have considered the benefits and risks of electrical brain stimulation, with particular concerns about direct-to-consumer tDCS. Still, people are eager to try it, as therapy or as brain booster, as shown in a tDCS Reddit forum where more than 10,000 members trade tips.

Anyone with basic electronics training can build the device at home for little cost. Combine this easy availability with people’s faith in technology, and you can see why do-it-yourself tDCS thrives. An aging population worried about declining cognition also contributes to an atmosphere where tDCS, “brain games” to train the mind, and so on, evoke hope.

This contemporary use of electrical neurotechnology follows in a long tradition of sparking the brain with electricity. In the first century CE, Scribonius Largus, physician to the Roman emperor Claudius, described the therapeutic value of a stingray-like fish called a torpedo that delivers electric shocks. Even an unbearable headache, he wrote, “is taken away and remedied forever by a live black torpedo placed on the spot which is in pain.”

Nineteenth century medicine went on to better understand the brain by recording its electrical activity, leading to today’s electroencephalograms (EEGs). Then twentieth century neuroscience and psychiatry adopted actual therapeutic electrical interventions in the brain. One early approach treated mental disorders with electrically induced convulsions. Known first as electroshock therapy and now as electroconvulsive therapy (ECT), the method has evolved to be less of an ordeal for patients than in Ken Kesey’s One Flew Over the Cuckoo’s Nest. ECT is at least temporarily effective for many people with major depression, but remains controversial and still carries a risk of memory loss.

Deep brain stimulation (DBS), where a “brain pacemaker” implanted in the chest produces electric pulses (like a heart pacemaker), came later. Sent to specific regions within the brain through surgically implanted electrical leads, these pulses mitigate different aspects of Parkinson’s disease, a nervous system disorder that produces difficulty in movement, followed by dementia and depression. The FDA approved DBS to treat motor symptoms in Parkinson’s in 1997, and hundreds of thousands of brain pacemakers have been implanted since. After testing, in 2018, DBS was also approved by the FDA to treat epilepsy when medication fails, and was first used on a patient in 2019.

Compared to brain surgery or memory loss, tDCS is non-invasive and heals without cognitive damage. It is a research tool as well, allowing scientists to study how specific neural processes cause human behavior. Until now, this fundamental linkage has been investigated only in animal studies, using invasive methods. With proper controls, however, tDCS can be used in research on people, providing new knowledge and a basis for treatments of various neurological and psychiatric conditions. These possibilities were grasped soon after early work on tDCS, in 2003, when it was already being listed as a possible neurotherapy by Scientific American. Since then, tDCS research has exploded, with around 5,000 scientific and clinical papers published in the last ten years.

The results so far show that tDCS has therapeutic value in certain areas, when properly used. In 2017, Jean-Pascal Lefaucheur, of Paris Est Créteil University in France, along with an international panel of scientists and physicians, reviewed hundreds of clinical trials that tested tDCS therapy for thirteen pathological conditions. The panel concluded that tDCS is “probably effective” for major depression and for addiction to alcohol, drugs and smoking, and “possibly effective” for some types of pain. Otherwise, the trial results were too inconclusive to justify recommendations about using tDCS for other conditions, including Parkinson’s disease, Alzheimer’s disease, epilepsy, and schizophrenia. But tDCS has given enough positive results that it is now approved for some therapeutic applications in the European Union, Canada, and elsewhere.

As is so often the case in science, more work is needed to fully understand any cognitive benefits from tDCS. In 2015, a review of dozens of trials from different research groups, which exposed healthy adults to a tDCS session, showed no conclusive evidence of any effect in four cognitive categories. These are executive function, language, memory, and miscellaneous. Other research, however, suggests that tDCS can improve specific capabilities when correctly applied.

The U.S. Air Force has supported one such study, which is aimed at enhancing human performance in situations like remotely piloting a drone aircraft. This requires dealing with a flood of information over a long duty shift, when alertness can flag. Crucially, the researchers, from Wright-Patterson Air Force Base and Wright State University, carefully placed research-grade tDCS electrodes at specific locations known to affect multi-tasking capability. To guard against placebo effects, half of the twenty Air Force volunteers unknowingly received “sham” stimulation that only mimicked tDCS. In comparison, the real tDCS group showed substantial gains in performing tasks requiring sustained attention.

When PBS science reporter Miles O’Brien underwent the procedure for a television segment, he said that his brain “seemed to turn on like a light bulb” and that for hours after, “It was like a jolt of caffeine without the tense feeling.”

To facilitate the further development of tDCS, Lefaucheur and co-authors (and two other authoritative reviews) point to needed changes in tDCS research. They call for better understanding of the neural mechanisms behind tDCS and of individual differences in the responses to it; for clinical trials carried out at multiple research centers, involving more subjects per trial than previous studies; and consistency in the research protocols used, including controlling for placebo effects, to make comparisons among trials more meaningful.

These measures will focus tDCS research and its transition to clinical use, but do-it-yourself tDCS remains questionable. Lefaucheur and co-authors see value in using tDCS therapy at home rather than at a medical center. It’s easier for patients, but Lefaucheur’s team only recommends it if the home use is overseen by some form of remote monitoring. However, the authors add, for unregulated and unmonitored home use, the broad availability of tDCS devices makes it unlikely that their safety can be guaranteed.

This is a mounting problem as consumer use of tDCS and of other neurotech applications, such as personal EEG devices and brain fitness software, rapidly grows. Medical ethicist Anna Wexler and psychiatrist Peter Reiner recently noted that this technology is attracting venture capitalists and big corporations. This market segment will likely exceed $3 billion in sales by 2020, making it essential to reliably evaluate consumer neurotech. Wexler and Reiner urge the creation of an independent interdisciplinary agency that would critique the efficacy and risk of neurotech applications without rating individual products. The results would go to consumer groups, health organizations, and regulatory agencies. This oversight group would also consider the ethical and social implications of devices that alter brains.

It is hugely tempting to believe in the wondrous cures and enhancements promised for at-home tDCS, but we should remember an earlier rush to new medical technology without proper safeguards that proved harmful. That is the cautionary tale of the rise and fall of Silicon Valley’s Theranos company, which was evaluated at $9 billion for a novel blood testing method that proved to be invalid. In the nineteenth century, entrepreneurs falsely sold “snake oil” elixirs as medical cure-alls. Today we need to separate neuro-snake oil from real neural healing and enhancement. We have the tools to do so. We should use them. 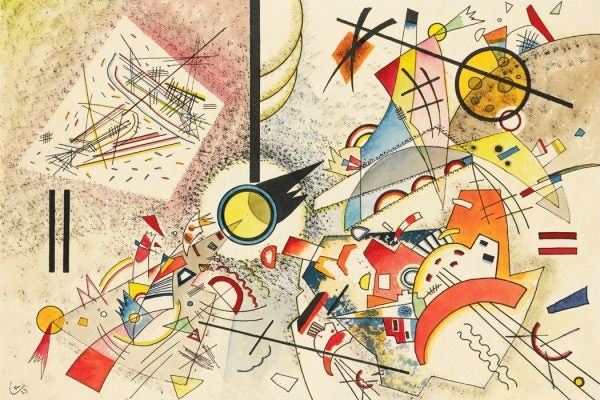 Art Is Good for Your Brain

The field of neuroaesthetics uses neuroscience to understand how art affects our brains, both when we're making it and when we're viewing it.