Metaphors of construction have been popular in American history from the start. How come? 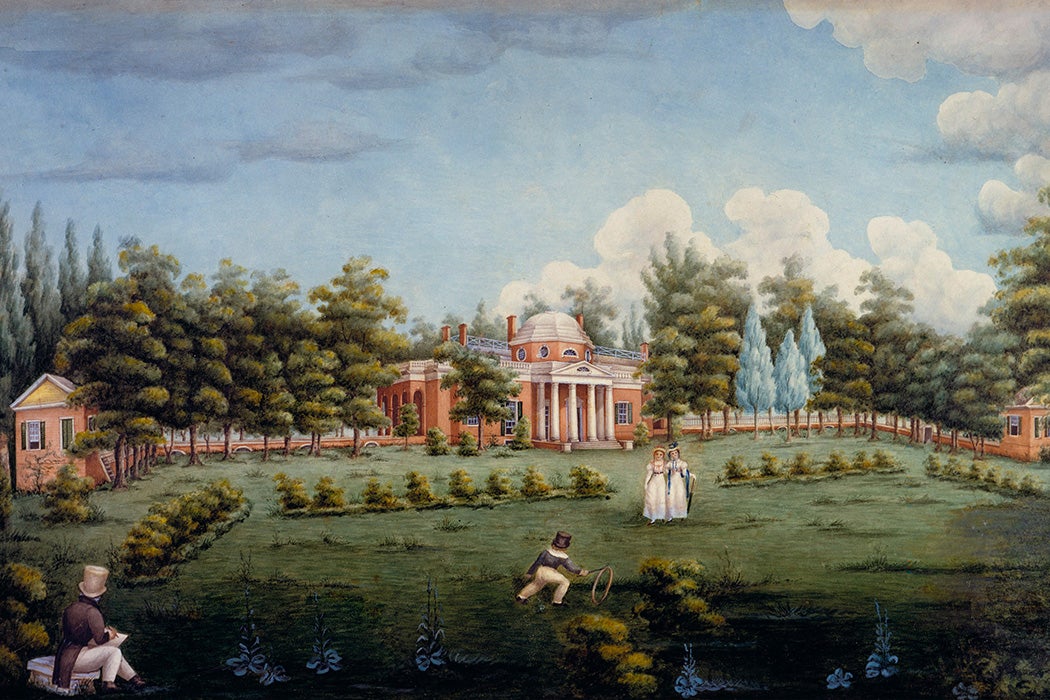 View of the West Front of Monticello and Garden by Jane Braddick, 1825
via Wikimedia Commons
By: Matthew Wills
3 minutes
Share Tweet Email Print

When we speak about the Founding Fathers, we call them “Framers of the Constitution” or “nation-builders.” That’s nothing new—metaphors of construction have been popular in American history from the start. Historian Dan Walden explores the “pervasiveness of construction rhetoric in early national America” and the implications for both elites and laboring classes in the “co-opting [of] the language of physical labor, specifically that of builders, carpenters, and other manual laborers.”

“As the literal builders and framers of the new nation, mechanical laborers symbolized the growing anxiety between the high philosophy that engendered the quasi-mythic concept of ‘America’ and the low physical labor necessary to make that idea manifest.”

With a good portion of the nation built on, and literally by, chattel slavery, the rhetoric of nation-building is fraught with contradictions and hypocrisies.

Thomas Jefferson, for notable instance, considered himself an architect and has been called the “builder” of Monticello. But, of course, he didn’t actually build his estate. The actual builders of Monticello, and the nation, were wage-laborers, indentured servants, and slaves. With a good portion of the nation built on, and literally by, chattel slavery, the rhetoric of nation-building is fraught with contradictions and hypocrisies.

“In granting Jefferson the rhetorical identity of builder we strip the actual builders of their formative power while disregarding the anxiety of the upper class arising form their lack of control over the process of creation.”

As Walden shows, the elite Founders and Framers had a very uneasy relationship with actual carpenters, joiners, stonemasons, and other such artisans and mechanics (or “mechanicks” as they were called then). Such workers were “praised in the abstract and trivialized in actuality” by the upper class. The Founders themselves wanted the noble-sounding “attribution of physical labor” but their “social rank precluded them from such labor.” Walden notes that there were hardly any real masons in the Masonic Order, an important fraternal organization for the generation of the Revolution that included such members as Washington, Franklin, and Hancock.

Some of the elites were actively concerned with the rising political power of the mechanic class. Free artisans and craftsmen often originated in the lower class but rose into the “emerging American middle class” armed with literacy, a skilled trade, and financial independence. Walden writes that such men took seriously the “promise of social mobility and the cultural capital invested in American ambition” and made themselves players in the discourse, and debates, about democracy and the franchise. “Self-conscious and self validating motivation” encouraged “tradesmen to work for the benefit of the nation” while at the same time “giving them the a sense of entitlement to benefit individually from the product of their labor.”

So while elites wanted tradesmen in a place of “conceptual valorization and practical marginalization,” the tradesmen themselves wanted to participate in the democratic project in ways “unavailable to most other working class Americans.”

This participation was a mixed bag in the regional hodgepodge of the Republic. In New England, mechanics without property could nonetheless participate in town meetings. In urban centers like Philadelphia, “complex enfranchisement laws discouraged many artisans from voting.” Colonial gentry had seen how social literacy and organization in places like Philadelphia empowered artisans in the run-up to the Revolution and didn’t like what they saw. In the south, meanwhile, the slave-owning oligarchy was “explicitly antagonistic to the socially ascendent potential of [white] artisans.” Walden quotes a colonial Virginia advertisement for carpenters, joiners, sawyers, and bricklayers interested in “honest Industry” and no ambition to the “rank of Gentleman.”

In the eyes of those Revolutionary elites who aspired to the titles, the real “founders,” “framers” and “builders” of the American republic “wielded an unsettling power to modify the blueprint of the nation as they saw fit.”

The house of American democracy is jury-rigged. Lincoln would echo the building metaphors when he spoke of “a house divided” over the continuation and expansion of slavery. It’s constantly being rebuilt and renovated.

Made in America: Mechanics and the Anxiety of Creation in the Early Republic
By: Dan Walden
Nineteenth Century Studies, Vol. 29 (2015-16), pp. 1-15
Penn State University Press 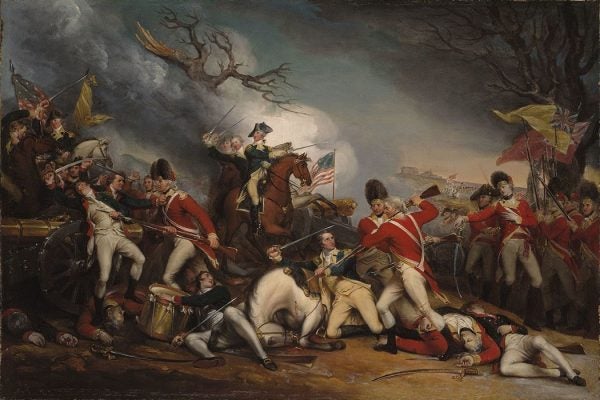