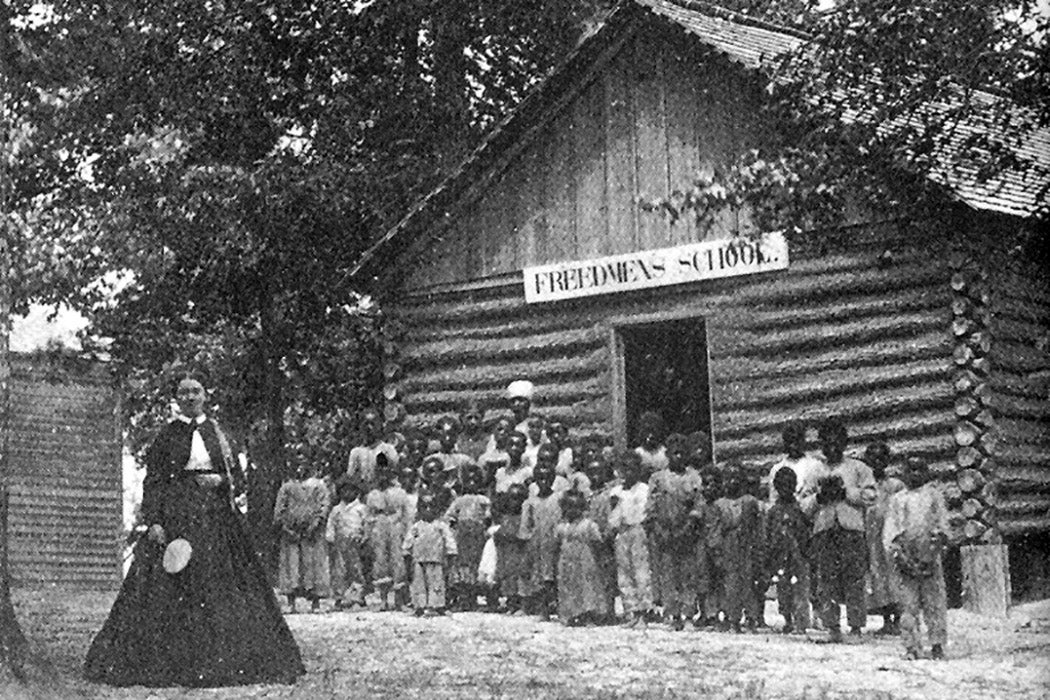 2018 marks the 150th anniversary of a number of constitutional conventions in Southern states during Reconstruction. As David Tyack and Robert Lowe write, one lasting achievement of those conventions was universal education systems.

By the time of the Civil War, most Northern states had established formal public schooling systems. In the South, state frameworks for education, even for white children, were weaker. Some state constitutions included only general clauses about education. Others called for the funding of school systems but avoided clear promises of universal education. In 1866, the Texas Constitution included a call for the legislature to establish a school system “as early as practicable.”

After the Civil War ended, education was one of the highest priorities for freed black people, Tyack and Lowe write. White landowners routinely used black workers’ inability to read contracts or do figures to cheat them. Like most Americans at the time, Southern black communities also prized the ability to read the Bible and saw education as key to citizenship and civic power.

A major sticking point for state constitutional conventions following the Civil War was whether public schools should be racially segregated.

The enfranchisement of black men under Radical Reconstruction brought black and white Republicans to power across the South. During Constitutional Conventions held between 1868 and 1870, nine of the ten former Confederate states covered by the Reconstruction Act implemented new, strong requirements for universal education. (The outlier, Georgia, held a convention dominated by Southern whites.)

A major sticking point for the conventions was whether public schools should be racially segregated. Ultimately, two states—South Carolina, where more than half the delegates were black, and Louisiana, where whites were only a slim majority—constitutionally banned legal segregation. Other states remained silent on the issue, which Tyack and Lowe note was in itself a major victory for opponents of segregation.

Even those who opposed legal segregation weren’t always in favor of actual integrated schools, though. One African-American delegate in North Carolina voiced support for black schools taught by black teachers. But, he argued, de jure segregation would lead to “good white schools at the expense of the whole people, while the colored people will have none or but little worse than none.”

In practice, only New Orleans actually created integrated schools, and those lasted only until the Compromise of 1877 ended Reconstruction. Even today, segregation is one of the most pressing problems for school systems across the country.

Still, Tyack and Lowe write, the creation of a framework for public schools in the South, and the brief window of educational opportunities for black people, was pivotal for the struggles to come. They quote W.E.B. Du Bois, who wrote that “Had it not been for the Negro school and college, the Negro would, to all intents and purposes, have been driven back to slavery.”

The Constitutional Moment: Reconstruction and Black Education in the South
By: David Tyack and Robert Lowe
American Journal of Education, Vol. 94, No. 2 (Feb., 1986), pp. 236-256
The University of Chicago Press 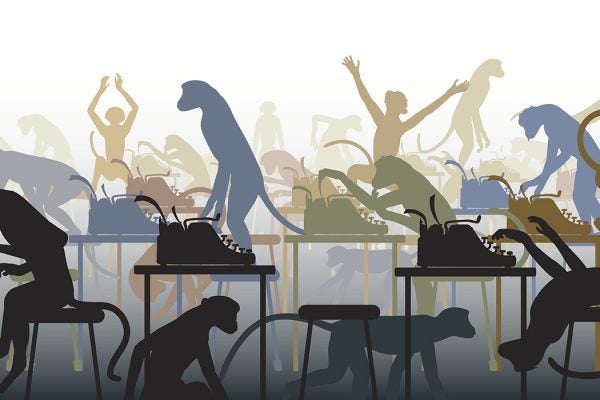 The Inevitable Triumph of Iteration over Intellect

By virtue of pure chance, a monkey can come up with Romeo and Juliet. This suggests that we can circumvent comprehension and skip straight to competence.