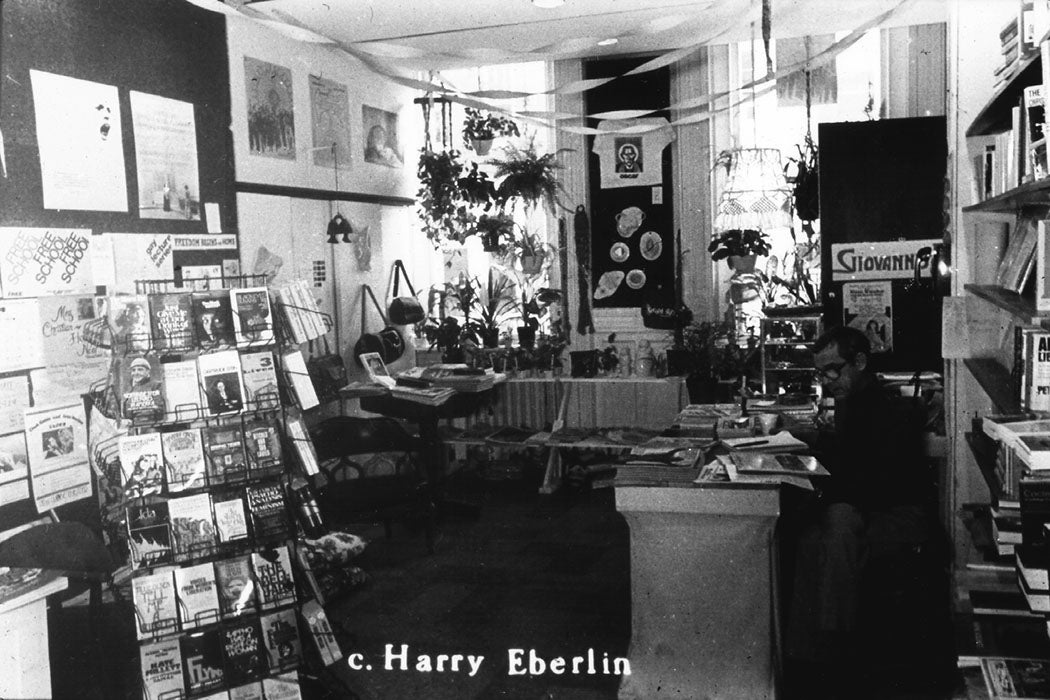 When most people think about queer identity, they think about sex—or their parents (that is, whether and how to tell them). I think about book clubs. In her 1995 essay “A Different Bookworm: Coming Out, Brainy-Girl Style,” the women’s historian Bonnie J. Morris describes coming into lesbian identity as a self-proclaimed “dyke bookworm kid.” She writes, “I stumbled upon a gay studies conference before I ever entered a lesbian bar.” In my case, it wasn’t a conference but a book club. I was 26.

I’ve always loved book clubs. My first was called Book Club, and it was modeled after The Baby-Sitters Club. We had dues. We had a club notebook: spiral-bound, wide-ruled, hot pink cover. “Book Club,” it said, in careful black Sharpie. We were in fourth grade. To my friend Charis, reliable and trustworthy, I assigned the role of treasurer. Katie, of excellent penmanship, would be our secretary. Irresponsible Kim got vice president, the impressive-sounding do-nothing job. But these were all mere ceremonial offices. I took charge of everything. Unhappily, it soon came to light that my minions did not actually want to read or trade or talk about books. They just wanted to make cupcakes (in fairness, this was how I had lured them). Interest waned.

I didn’t join another book club until I was a questioning twenty-something in Philadelphia. Doing so was a major step in coming into queerness. In Justin Torres’s We the Animals, the narrator seeks out his first sexual encounter at a bus station. Afterward, he screams to the sky: “He made me….I’m made!” That first queer book club made me gay. Or rather, I joined it to be made gay. It worked. I was made.

Book clubs and reading groups have long been important to marginalized communities: They support intellectual exchange, amplify underrepresented voices, and contribute to the production of a shared cultural and political identity. As early as 1821, for example, free blacks in the urban North had established libraries, reading rooms, and literary societies. Such spaces were crucial for circulating essential movement texts, and for supporting the development of literacy among a community that had largely been denied it. As the literary historian Elizabeth McHenry writes, these societies—organized primarily around reading—“furthered the evolution of a black public sphere and a politically conscious society.”

Similar spaces have been established by and for the LGBT community. Both Gerber/Hart Library and Archives, founded in Chicago in 1981, and Quatrefoil Library, founded in the Twin Cities in 1986, are still active lending libraries, boasting tens of thousands of LGBT-related books, many of them out of print or otherwise hard to find. Over their combined 67 years, these libraries have hosted book clubs and reading groups of all kinds. These sites remain essential for building and for supporting LGBT community and sustaining access to important literary and political history.

There is a turning point in Alison Bechdel’s Fun Home, a book I read in my Chicago queer book club, when Alison goes to the library and slides a copy of The Well of Loneliness off the shelf. A direct link is established between the self-knowledge she gains through reading and her subsequent adventures in lesbian sex. Importantly, Alison accesses Hall’s novel in an academic library. Her home public library likely did not offer such wealth.

As a kid in the 1980s, I read practically every work of fiction in my public library in central Virginia, and I can’t remember reading anything queer.

For many members of the LGBT community, public libraries are a source of tension. A 2010 study of gay book clubs in Wisconsin found that, though most library administrators expressed a desire to support LGBT patrons, members of queer book clubs preferred meeting in other venues. The reasons they gave were varied: Some members were partially closeted; some assumed staff would be unknowledgeable about LGBT issues and books; some pointed to the dearth of LGBT titles held by the library; many harbored a generalized disillusionment with the public library as a cultural institution that has historically denied LGBT inclusion.

The queer book clubs I’ve attended have all been located in cities with excellent, LGBT-friendly public library systems. Probably half of the books we read were available through the public library system, albeit typically one copy at most; the others would likely have been ordered upon request. That said, I understand the disillusionment of these Wisconsinites. As a kid in the 1980s, I read practically every work of fiction in my public library in central Virginia, and I can’t remember reading anything queer.

A lot has changed for LGBT rights and visibility since that 1980s childhood, so I looked up the titles selected across my four queer book clubs in that same public library system now and found just a few of them listed, mainly the YA novels: one copy of David Levithan’s Every Day; one of Sara Farizan’s If You Could Be Mine. Given budgetary constraints and a small collection of books overall, I’m not sure how much to make of this dearth. Still, incredibly: Chesterfield County Public Library System does not hold a single copy of James Baldwin’s Giovanni’s Room.

Giovanni’s Room is also the name of the LGBT bookstore in Philadelphia where I joined my first queer book club. It was 2007, I was 26, and though I was staunchly, overbearingly feminist, I had only just met queer-identified people. Despite the countless Ani DiFranco shows and Tori Amos meet and greets under my belt, somehow I had only just figured out that queer was a viable identity. I was embarrassed by my lateness, a kind of temporal drag. Why hadn’t I always known; why didn’t I know 10 years ago? All this lost time! So many books to read! “Come out, come out, wherever you are!” Jacques says to David in Giovanni’s Room.

My therapist at the time (my first!) kept suggesting… gently, gently… could I be… queer? “No!” I said. “It’s something else. I’m very special.”

Still, her persistence pushed me to take frequent looks at the Philadelphia Craigslist w4w section, where I clicked on a post about a new queer women’s book club. The first meeting would be at Giovanni’s Room, and we would be discussing Babyji by Abha Dawesar. This book made me gay.

I lived four blocks from Giovanni’s and walked by it all the time but was too nervous to go in, as though just entering would make me gay. But now I would make myself. I showed up to the book club quaking with fear, certain I would be found out as an imposter, a fraud. Not properly queer. Never kissed a woman!? Get out!

Nobody asked for proof. We went around in a circle and shared our thoughts and opinions on Babyji, a lusty coming-of-age story about a hot young Desi girl seducing an older woman who lived nearby. Consensus: thumbs-up. Afterward, folks hung around and socialized. I beelined for the door, but returned a month later to discuss Jeanette Winterson’s The PowerBook, then Leslie Feinberg’s Drag King Dreams, then I forget what else.

There will be drama and debate. An intoxicating exchange of ideas and emotions. This queer book club will go on forever.

A few months later I moved to Chicago, where I started my own queer book club, modeled after the Philly one, though we met at a bar, not a bookstore. Over the next five years and through many changes in composition, we met monthly to talk about books, and our lives, and loves. Together we read 42 books, from Julia Serano’s Whipping Girl to Felicia Luna Lemus’s Like Son. We watched six films, from The Polymath: The Life and Opinions of Samuel R. Delany, Gentleman to The Children’s Hour. We fought over marriage equality politics, expressed feelings about the end of The L Word, witnessed the legalization of same-sex marriage in Illinois, mourned the closure of two queer-owned bars we once used as venues, and celebrated the marriage of two of our members.

Now I’m in Brooklyn, co-running a new, fledgling group with the archivist Liza Harrell-Edge. In just a few months, we’ve adored Kai Cheng Thom’s Fierce Femmes and Notorious Liars: A Dangerous Trans Girl’s Confabulous Memoir; vigorously debated Sarah Schulman’s Conflict Is Not Abuse; and, via David Wojnarowicz’s Close to the Knives, confronted our uncomfortable romanticization of a devastated New York we did not experience.

I’ve joked about creating a Web series about a queer book club modeled loosely on The L Word, but with more gender, age, racial, and body diversity, and with viewers invited to read along. There will be the character who projects their own queer and/or trans experience onto everything they read. There will be the couple who, having discussed the book at length beforehand, show up as an unswervable united front. There will be the serial heartbreaker, and their irritated ex who comes just to counter every point they make. There will be the insufferable grad student who somehow goads the group into reading Moby Dick in its entirety, then conspicuously doesn’t show. There will be the elder, whose long-winded anecdotes seem irrelevant until it becomes clear they’re talking about enjoying group sex with the author in 1979. There will be the ’90s-style radical queer who requires multiple transgressive sex scenes, at odds with both the demisexual millennial who would really prefer content warnings as well as the assimilationist gay who just wants a good love story where no one gets beat up or dies. There will be drama and debate. An intoxicating exchange of ideas and emotions. This queer book club will go on forever. There will always be more for us to read. 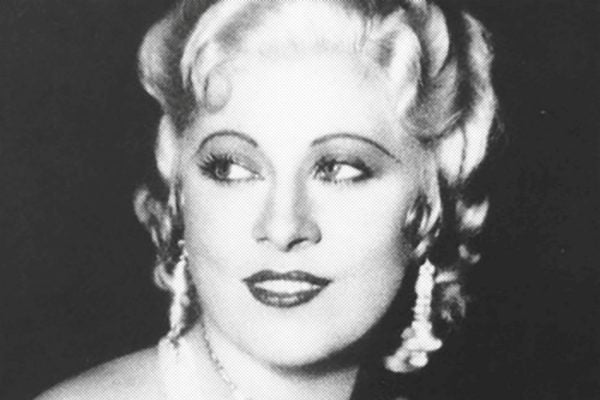 How The “Fag Hag” Went From Hated to Celebrated

At its core, the relationship between single women and gay men has longstanding historical roots.