Blaming People for Getting Sick Has a Long History

Four major theories of disease transmission dominated scientific discourse in the nineteenth century. As one scholar writes, all were political. 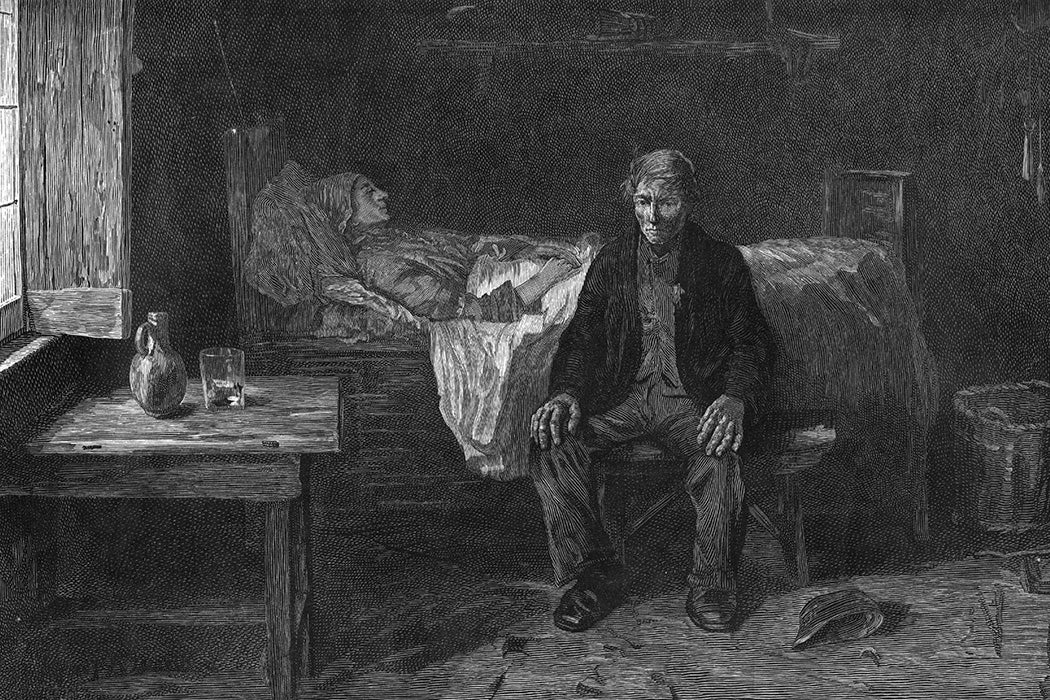 As today’s local defiance of social-distancing regulations and other measures shows, public health is a political battleground as well as a medical one. Disease and disease transmission aren’t ideological, but responses to them can reflect widely divergent beliefs about how society should be ordered. This situation isn’t unique to today, however.

As far back as the 1980s, the political scientist Sylvia Tesh examined Western beliefs about disease transmission and prevention during the nineteenth century. Perhaps surprisingly, Tesh writes, they mostly “closely resemble the theories advanced today to account for chronic disease.” Then as now, these beliefs “have implied political ideologies” backing them up.

A cluster of more or less obscure understandings—we label them, variously, values, mores, presuppositions, philosophies, ideologies, and cultural assumptions—largely determine what phenomena a society questions and tries to redress and what it takes for granted as immutable, fixed.

Tesh identifies four major nineteenth-century beliefs about disease and disease transmission in the United States and Europe: contagion, which was something of a precursor to germ theory; the atmospheric, which has echoes in today’s theories about environmental causation; personal behavior, which we might now classify as “lifestyle choices”; and the supernatural, which posited a punishing God and/or a tormenting Devil.

The contagion theory meant quarantining and avoiding the sick, similar to today’s anti-COVID-19 measures. This theory was strongly opposed by proponents of the atmospheric theory (also known as anti-contagion), who rejected quarantines and isolation because, as classical liberals, they believed in free trade and human progress. The flip side of the atmospheric theory was that those who got sick deserved it, being unable to improve themselves. The personal behavior theory also pointed a finger: You were on your own, outside society and history, and chronic disease was your own fault.

For Tesh, the supernatural theory doesn’t have a contemporary echo. But observers may note that she was writing at the dawn of what has turned into a major fundamentalist revival in the United States. Since then we’ve seen national figures blame “sinners” for AIDS; the ungodly tasked with responsibility for hurricanes; and, more recently, arguments that masks in a pandemic are unnecessary, because of God’s will.

The supernatural theory had a specific appeal to the “healthier rich,” who had greater means at their disposal to survive contagious diseases than the poor, and “could employ the supernatural theory as justification to berate the poor for their supposed sinful behavior: their presumed idleness, intemperance, and uncleanliness.”

In fact, people were at the root of each of these nineteenth-century theories—it was just a question of which people. Xenophobia and prejudice always seemed to be lurking in the stories told about who or what was blamed for the spread of disease. Historically, it has been Others: the poor, immigrants, refugees, the Jews, the Irish. (In the time of coronavirus, it’s the Chinese.)

Tesh notes that some nineteenth-century commentators argued for multiple causes, but they were the exceptions: “Each theory…attracted proponents who really believed their approach was the only one that could effectively prevent epidemics.” As each “placed responsibility for disease control on a different social group,” it was essentially a matter of which theory had the most political power, not which was the most rational and scientific.

Shelley's third novel, about the sole survivor of a global plague, draws on the now-outdated miasma theory of disease.