The Law and Coronavirus

Can environmental law help contain viruses that spill over from animal to human populations? 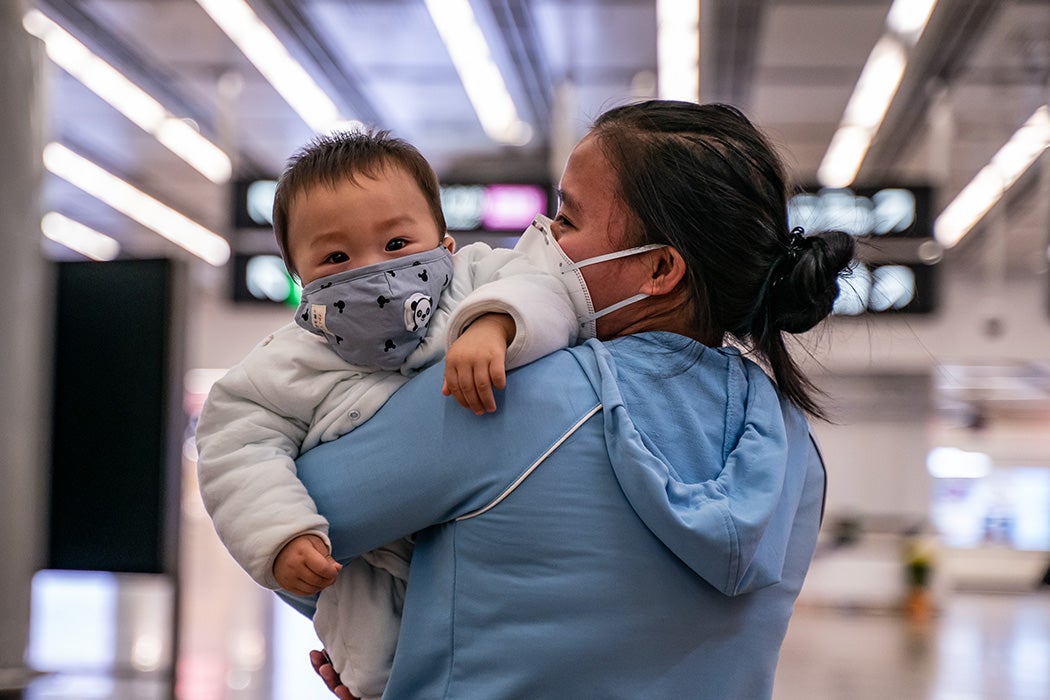 The novel coronavirus that causes COVID-19 is a zoonotic disease, which means it originated in animals and spilled over to humans. Three quarters of infectious diseases are zoonotic spillovers. These include AIDS, Ebola, and SARS. The 1918 influenza pandemic, which infected half a billion people worldwide and killed 50 million of them, was avian in origin.

Non-zoonotic diseases, like polio, can be eradicated entirely by population-wide vaccination. But zoonoses can persist in animal populations, called reservoirs in this context, even if the human population is vaccinated. Currently, there is no vaccine for the novel coronavirus, which is officially known as 2019-nCoV.

Environmental law should be used to “reduce the likelihood of future zoonotic outbreaks.”

This latest outbreak of a zoonotic is believed to have spread from a wild animal market in Wuhan, China. Chinese authorities, who came under harsh criticism for secrecy during the 2003 SARS outbreak, have shut down such markets, strictly regulated travel, and closed tourist sites this time. Foreign nationals are being withdrawn from Wuhan. Cases have so far been confirmed in Australia, Cambodia, Canada, France, German, Hong Kong, Japan, Macao, Malaysia, Nepal, Singapore, South Korea, Sri Lanka, Taiwan, Thailand, United Arab Emirates, the United States, and Vietnam. The vast majority of cases have been in China, where the disease has already outstripped the 2003 SARS outbreak.

Since these zoonotic diseases are products of the increasingly intermeshed human/environment interface, some, like attorney Rebecca Lipman, say that environmental law should be used to “reduce the likelihood of future zoonotic outbreaks.” In Virginia Environmental Law Journal, Lipman summarizes international and domestic health and regulatory regimes and proposes a new legal framework for addressing future zoonotic spillovers.

“We can do more than just react faster to zoonotic outbreaks,” Lipman writes. “In the U.S., each branch of the federal government can take action to help prevent future outbreaks.”

The regulation and inspection of potential spillover zones, like live animal markets, factory farms and confined feeding lots, and wild animal importation are crucial, she writes. The U.S. is one of the world’s biggest importers of wild animals, but only simians are strictly regulated. Lipman proposes that liability could be imposed on employers who, for example, have their workers “wading through manure at a farm with a history of spillovers.” Overseas, she envisions prohibiting tourism in areas from hotspots, a ramping up of the traditional warnings issued to travelers.

As an example of the latter, she notes that two tourists contracted Marburg hemorrhagic fever in a remote Ugandan site marketed as “Python Cave.” One died, the other barely survived. In addition to the pythons, the cave is home to Egyptian fruit bats, known to harbor Marburg virus. Known sites like this, she argues, should obviously be off-limits.

Lipman—writing during the Obama Administration—called for tighter and broader government regulations:

Her argument reminds us that such diseases are political as well as biological.

Editor’s note: This post has been updated to reflect our developing understanding of the novel coronavirus that causes COVID-19.