The migration of Asian people—from India, from China, from Japan—to South America and the Caribbean began as early as the sixteenth century. 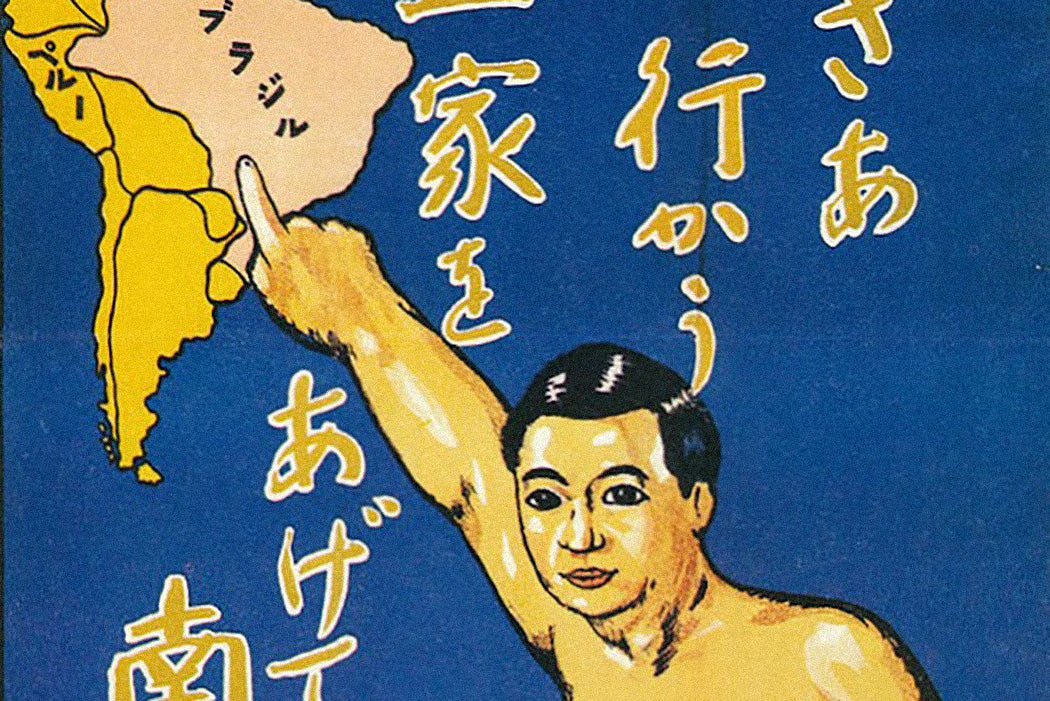 The history of Latin America has focused on the interactions of indigenous people, Europeans, and Africans—the natives, the invaders, and the kidnapped. “Asian migrants,” write scholars Evelyn Hu-DeHart and Kathleen López in their historical overview, have until fairly recently “barely registered in the historiography of Latin America.”

Yet, as Hu-DeHart and López suggest, “the idea of Asia in the invention of America was fixed at America’s inception.” Columbus, after all, was seeking a new route to Asia. He hoped he’d arrived in Las Indias, the Indies, hence the confusion ever since over the European naming of Indigenous people of the Caribbean, and then North and South America, as Indians.

Globalization being centuries old, the movement of people coexisted alongside trade—even when that trade wasn’t actually in people. Consider the 1613 census of Lima in the Viceroy of Peru. The city’s population was 25,000: “in the midst of Spaniards, blacks, and mulattos, the census noted ‘Indians of China and Manila,’ ‘Indians of Portuguese India,’ and ‘Indians of Japan.’” (In 1990, Alberto Fujimori, child of Japanese immigrants, became president of Peru.) In 1614, a party of Christian-convert Japanese passed through Mexico on the way to Spain, with some of them staying on in Mexico.

It wasn’t until the nineteenth century that Asians started arriving in significant numbers as countries became independent of Spain.

This early presence was small. It wasn’t until the nineteenth century that Asians started arriving in significant numbers as countries became independent of Spain. Migrants from both Europe and Asia were welcomed to “populate and work the land.” Chinese and South Asians were also openly demanded as replacements for slave labor, write Hu-DeHart and López, as “white planters and officials perceived Asian migrants as more industrious, more economical, and less threatening than Africans.” Cuba’s sugar-based economy, for example, was heavily dependent on Chinese laborers called culíes.

Although Latin American countries have been more liberal in defining the parameters of “race” than North America, such immigration hasn’t always been smooth. There was backlash early: in 1635, Mexico City limited the number of Chinese barbers, for example. Jamaica had anti-Chinese riots in 1918, 1938, and 1965. In the 1930s, Brazil and other countries followed the model of the US, placing restrictions on Asian immigration. (The Nikkei community, descendants of Japanese immigrants, in Brazil is about the same size as in the US.) Cuba incarcerated Japanese and Okinawans in 1931, following Japan’s invasion of Manchuria. And 1940 saw anti-Japanese rioting in Peru. The Dominican Republic encouraged Chinese and Japanese immigration as part of its anti-black/anti-Haiti nation-building project.

Asian immigration wasn’t just a phenomenon of the Spanish- and Portuguese-speaking countries. Indians (from India) came to the Anglophone and Francopone Caribbean as contract laborers on plantations after the end of slavery. They were predominantly Hindus, but also included Ismailis and other Muslims, Jains, Sikhs, and Parsis. Today, the former British colonies of Trinidad and Guyana have significant populations of South Asian-descent, as does the former Dutch colony of Surinam.

This Asian presence has been marked in popular culture and everyday life on the continent and the Caribbean islands. Food, music, language, literature, and art have all been influenced and intermixed. The Caribbean roti—a wrap-style sandwich—has its roots in the flatbreads of India. The Cuban trompeta china was originally a Chinese woodwind musical instrument. In Mexico, a traditional type of women’s clothing called china poblana, is supposed to be inspired by Catarina de San Juan (d. 1688), a slave brought from India. (The Spanish “chino/a” has encompassed all people of Asian-descent.)

DeHart and López highlight a few other examples of the differing heritages “embedded in food habits and colloquial Spanish,” noting that “Mexicans enjoy their pan chino with coffee for breakfast, Peruvians swear of their uniquely name chifa restaurants that they have the best Chinese food in the world, and Cubans love the lottery game they call la charade china.”

Afro-Asian, Chino Latino, Hispanic Asian, Chino-cubano, Indo-Caribbean: the cultural fusion is tremendously varied across a huge swath of territory. With out-migration to the US—and, for Anglophone Caribbean counties, the UK—diasporas have spread their traditions and heritages far and wide.