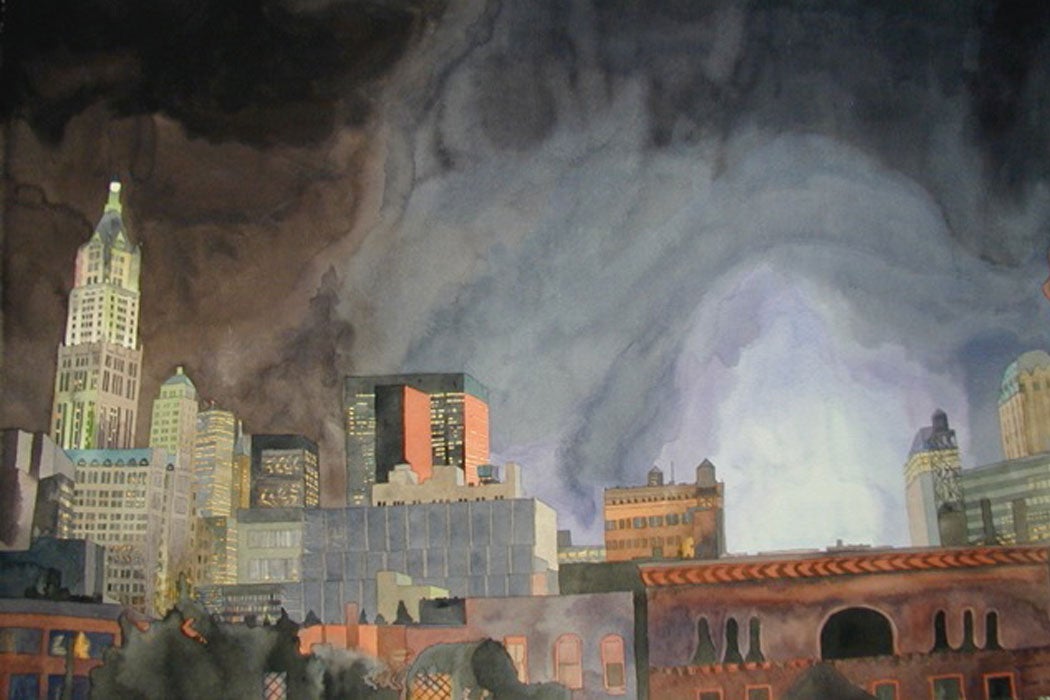 Thirteen years ago, the World Trade Center was destroyed in a series of breathtakingly brutal attacks that left New York, and much of the world, reeling.

The overwhelming response to tragedy is an attempt to understand it. On September 12th, 2001, Whyproject.org became “the first dedicated international space for artwork about the terrorist attacks on September 11, 2001.” In less than two months, the site had collected over 300 images.

The morning of the attack, artist Todd Stone and his wife looked up to see a wide-bodied jetliner thundering low over their building in Tribeca, in downtown New York. Seconds later, they witnessed the strike. The north tower of the World Trade Center, just six blocks from the Stones’ studio, was engulfed in flames.

The attacks left scars. With the force of an earthquake, it shifted the landscape of American lives—both personally and politically. And it left a stunning hole in the New York City skyline. From there came Stone’s first series, “Witness,” a record of the impact and its fiery aftermath. “Witness” came, he says, “out of a place of grief and sorrow, a total darkening of the soul.”

But as ground zero was cleared and new buildings began to rise, Stone came to recognize a new sense of hope. His series, “Downtown Rising – Studies in Resilience,” has been documenting the past 13 years of rebuilding. The powerful pieces are a celebration of the rebirth and regeneration of the New York skyline and, he says, “the determination of the human spirit to rebuild.”

"Why" Project: Art in the Aftermath
By: Ryan Patton
Visual Arts Research, Vol. 31, No. 1, Intersections of Technology with Art Education(2005), pp. 76-88
University of Illinois Press

Should Artists Work for Free?

The Twitter account @forexposure_txt is dedicated to documenting requests for artists and creatives to work for free. But should artists work for free?