Should Artists Work for Free?

The Twitter account @forexposure_txt is dedicated to documenting requests for artists and creatives to work for free. But should artists work for free?

The Twitter account For Exposure (@forexposure_txt) is dedicated to documenting requests for artists and creatives to work for free—in exchange for the glory in a widespread recognition of their art, of course. In the paper “Evaluating the Effects of Direct Support on the Economic Situation of Artists,” in the Journal of Cultural Economics researchers have established that times have been tough for artists worldwide, with an average artist’s income “below the average income in occupations with the same level of education (e.g. Wassail and Alper, 1992: 191; Throsby and Mills, 1989: 15).”That same paper goes on to note that even countries with established administrative support for the arts “assign only a minor role for directly supporting their artists (see, e.g., Sullivan, 1988).” If an artist wants a living wage, the message seems to be move to a Nordic country, where “extensive systems of artist grants are an essential part of the arts policies.”

The “For Exposure” Twitter account has over 11 thousand followers—many of whom presumably are creative people who don’t live in Norway. Many of them have almost certainly encountered the frustrating mindset that artists, already economically undervalued, should value “exposure” over pay, and be grateful for the opportunity. It happened to artist and designer Dan Cassaro in a big way. He’s been praised by the likes of The New Yorker, The NYT Magazine, Rolling Stone, Esquire, and more. So you have to wonder what cable television network Showtime was thinking when they approached him about designing a piece for the upcoming, multimillion-dollar Floyd Mayweather-Marcos Maidana boxing match—for free. All he had to do was enter his work into Showtime’s contest, to be voted on by viewers.

Cassaro was assured that entering his work made him “eligible for a chance to win a trip to Las Vegas and have your artwork displayed in the MGM Grand during fight week!” He declined, with an email response that opened, “It is with great sadness that I must decline your enticing offer to work for you for free.” He continued, noting that “‘mom and pop’ cable channels like Showtime” need to “rely on handouts just to keep the lights on.” The exchange, posted on Twitter, received a roar of approval from the online masses —a telling example of the shared obstacles artists and other creatives continue to face.

Evaluating the Effects of Direct Support on the Economic Situation of Artists
By: Merja Heikkinen
Journal of Cultural Economics, Vol. 19, No. 3 (1995), pp. 261-272
Springer 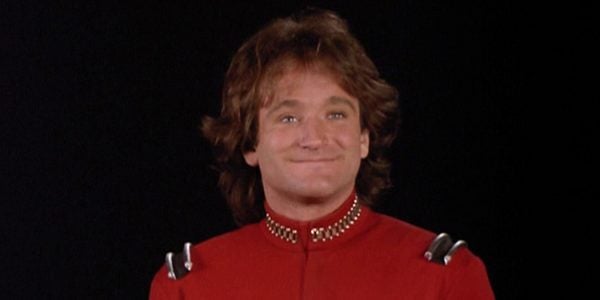 The Sociology of Mork and Mindy

Mork, from Mork and Mindy, was "subversive with an anarchistic strain of defiance for convention" according to a scholarly analysis.