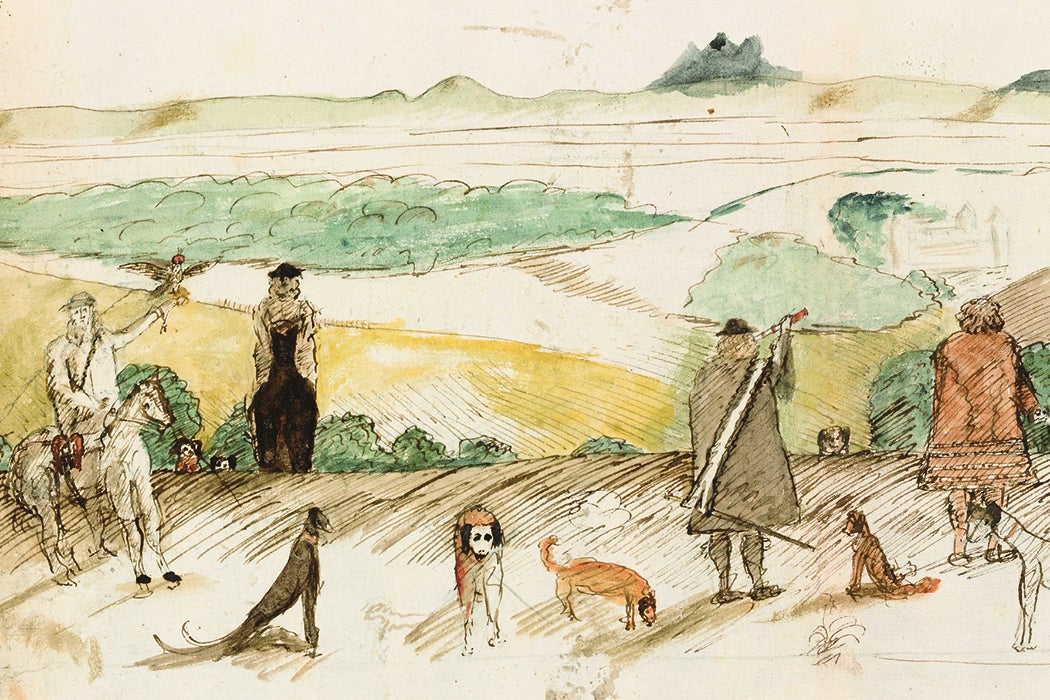 A selection of the cover of Ruth Scurr's John Aubrey: My Own Life
via publisher NYRB
By: Matthew Wills
2 minutes
Share Tweet Email Print

Ruth Scurr’s John Aubrey, My Own Life is receiving rave reviews, including from historian Mary Beard, who calls the book about the obscure 17th century antiquarian a “game-changer in the world of biography.” Scurr has written Aubrey’s life in diary form, boiling down and modernizing his voluminous writings to produce a fascinating chimera of old and new. One gets the sense Aubrey himself would very much have appreciated the result, which brings him and his times to life.

If he’s known at all, John Aubrey (1626-1697) is remembered as the author of Brief Lives, a collection of short warts-and-all profiles that make him one of the founders of modern biography. Fascinated by the past, present, and future, he was a polymath, a pioneer archeologist and folklorist, a natural philosopher interested in everything from astrology to zoology. Above all, he noted what he saw and experienced.

Scholarship traces the birth of the archive to polymaths and natural philosophers like John Aubrey.

And that was a lot. Aubrey lived through the English Civil War, Commonwealth, Restoration, and Glorious Revolution, a political whirlwind in which neither one’s head nor one’s papers were safe. He was a prolific writer, yet he only published one book in his lifetime, Miscellanies, a collection of “hermetick philosophy,” or what we would call paranormal phenomena. This soured his posthumous reputation but is now seen as more evidence that he was interested in reporting on everything he came across. The man took a lot of notes. Author and critic Gary Giddings has called Aubrey the patron saint of research assistants.

In fact, as the historian of science Elizabeth Yale details, we can thank people like Aubrey for the very idea of the archive itself. Prior to his day, the remains of the past were often ignored, discarded, or recycled: the standing stones at Stonehenge and Avebury, for instance, were regularly scavenged for new building material. Aubrey actually lobbied Charles II for royal protection of the Avebury henge. And in his youth, Aubrey had been horrified to see medieval manuscripts being reused to cover schoolbooks, line pie tins, clean guns, wrap gloves, and plug up the bungs of kegs of ale. “The Manuscripts flew about like Butterflies,” he wrote of the legacy of the dissolution of the monasteries and the emptying of their libraries under Henry VIII (1536-1541).

Aubrey and other early modern antiquaries and naturalists were instrumental in both hunting down and rescuing what remained, as well as in preserving their own discoveries. The suppression of the monasteries and the Great Fire of London (1666) were vital lessons in the fragility of knowledge. This was the era Yale calls the dawn of the “material culture of scientific communication,” the birth of formal collections like the Ashmolean Museum and the Royal Society’s library, and the first presentations of scientific papers.

Today’s digital archives can be seen as the latest manifestation of that tumultuous century’s obsession with saving both the past and the present from conflagrations both natural and unnatural. In his fascination with the past, John Aubrey was ahead of his time. 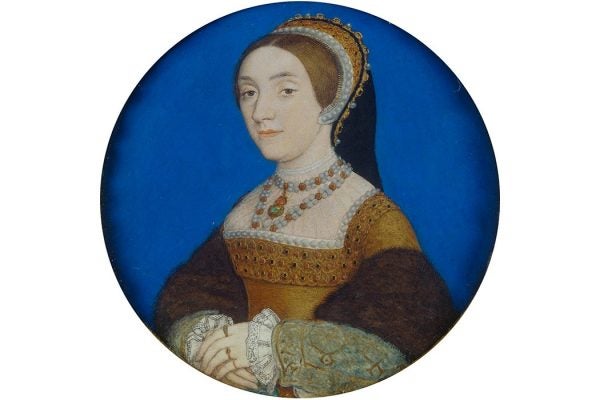 Did Materialism Lead to the Death of a Tudor Queen?

The very things that made Catherine Howard's time as Henry VIII's queen so pleasant became a cudgel with which to beat her.