The Minaret of Jam, located in Afghanistan’s Ghur province, provided a vantage point for the call to prayer. It remained hidden and forgotten until 1886. 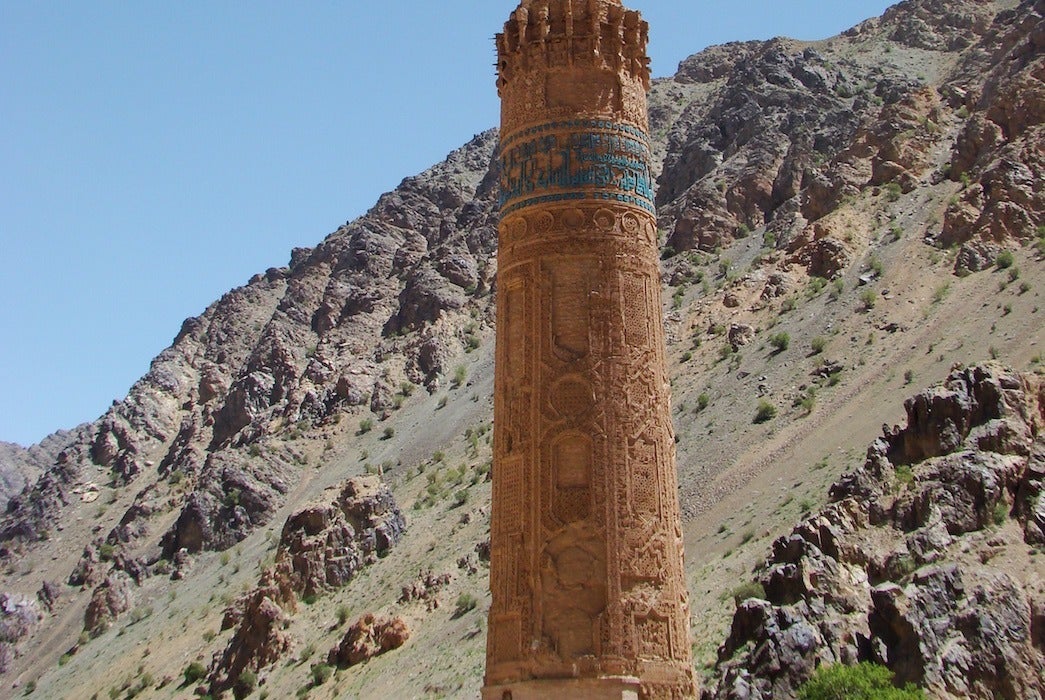 Afghanistan is a place that weighs heavily on the American psyche. We think of the Taliban and Al-Qaeda, of the thousands of soldiers killed in combat, and of the tens of thousands more who were injured. The violence of our collective experience in this Middle Eastern nation often obscures all other facets of its culture and history. Inhabited since the Paleolithic era, Afghanistan is rich in both. One example can be found in the remnants of the Ghurid Empire, particularly the Minaret of Jam.

At 206 feet, the Minaret of Jam is the second tallest ancient minaret in the world, coming behind only the Qutb Minar in Delhi. The tower is covered in elaborate designs: patterns of pentagons, hexagons, and diamonds, and a Kufic inscription in turquoise tiles. The minaret, a feature of Islamic architecture used to provide a vantage point for the call to prayer, is located in the Ghur province of central Afghanistan, at the confluence of the Jam Rud and Hari Rud rivers. It was built in 1194 by the Sultan Ghiyath al-Din Muhammad and is composed of four cylindrical shafts made of fired bricks. The result is an impressive structure, rearing out of an otherwise desolate valley, made all the more intriguing to archaeologists by the fact that the city that must once have surrounded it is now buried.

Due to conflict in the region—beginning with the Soviet occupation in 1979 and continuing with the twenty-first-century intervention of American forces—little archaeological work has been done at the site of the minaret. It has been the victim of extensive looting.

One British writer walked through large stretches of Afghanistan in 2002. He visited Jam and walked into the minaret. He talked to locals who had moved to the area to excavate the ancient city, unearthing marble slabs and terra-cotta ewers—and irrevocably damaging the site. “Items from Jam are already being offered on the art market in London, described as Seljuk or Persian to conceal their Afghan origin,” Rory Stewart said of the artifacts he was shown. Though he attempted to convince officials to send archaeologists to the site—so they could conduct digs before everything was looted—he was told the region was too dangerous for scholars to be sent in. Though UNESCO recognized the minaret as a World Heritage site in 2002, it wasn’t until several years later that archaeologists were able to visit the area and conduct studies.

Using the robber holes dug by artifact-hunters, archaeologists recovered a small number of pottery shards, the preserved remains of about 30 different plants, and hundreds of bone fragments. Their analysis  suggests that the Minaret of Jam belonged to Firuzkuh, the summer capital of the Ghurid Empire. The presence of many sheep and goat bones, marred by butchery marks—as well as a small number of horse, deer, hare, cattle, chicken, and gazelle bones—shows the citizens ate meat somewhat regularly. Equally notable is the absence of pigs, which Muslims are forbidden to eat. Though the region is arid, and therefore not conducive to large-scale agriculture, the archaeologists also found cereal grains, like hulled barley and free-threshing wheat and grape, as well as chickpeas, lentils, apples, pears, figs, and pistachios.

Some scholars hypothesize that Ghengis Khan spared the Minaret of Jam due to its value as a watchtower.

Food alone reveals little about the lives of Firuzkuh’s citizens, but the remains of nearby structures provide a slightly more complete picture. In addition to a bazaar area and a hilltop fortress overlooking Jam, researchers also found Hebrew inscriptions on large stones near the minaret. The stones are thought to have been grave markers for a Jewish cemetery, suggesting Muslims and Jewish people lived together at least somewhat peacefully. But the peace was short-lived, and the Ghurid Empire fell shortly after rising to power.

From the plains of Mongolia came the Mongols, led by Ghengis Khan, who destroyed everything in their path. Some scholars hypothesize that the Minaret of Jam was spared, perhaps due to its value as a watchtower. Whatever the reason for its reprieve, it seems clear that the residents of Firuzkuh were killed or forced to abandon their city. What’s still unknown is whether this exile occurred gradually or in a sudden period of catastrophe.

For hundreds of years, Jam remained hidden and forgotten until it was rediscovered by members of the Afghan Boundary Commission in 1886. But nature provided little assistance in preserving the site. In addition being located near the Hari Rud fault—which makes the area prone to earthquakes—the nearby rivers occasionally flood the valley. According to the historian Juzjani, the area was inundated by a flash flood that covered the abandoned houses. Geological evidence uncovered by archaeologists also suggests this was the case, though there is some uncertainty about the number of times the ancient city was flooded. Fortunately, the minaret withstood all the geologic activity in the region, and still stands today, able to be studied and admired. It reminds us that beneath the surface of every nation lie the stories of thousands of people who lived and died before. 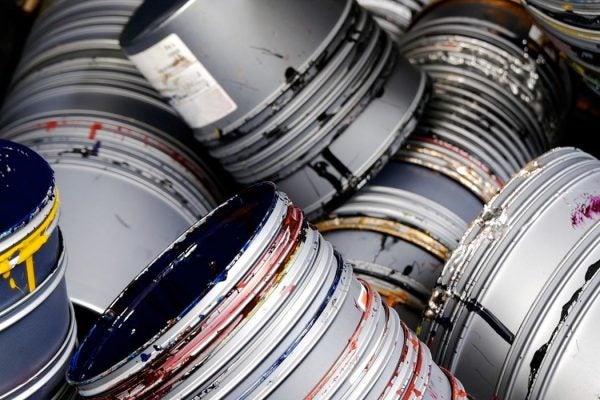 The United States, unlike other Western nations, did not take a firm stance on lead-based products until much later--despite knowing the health risks.