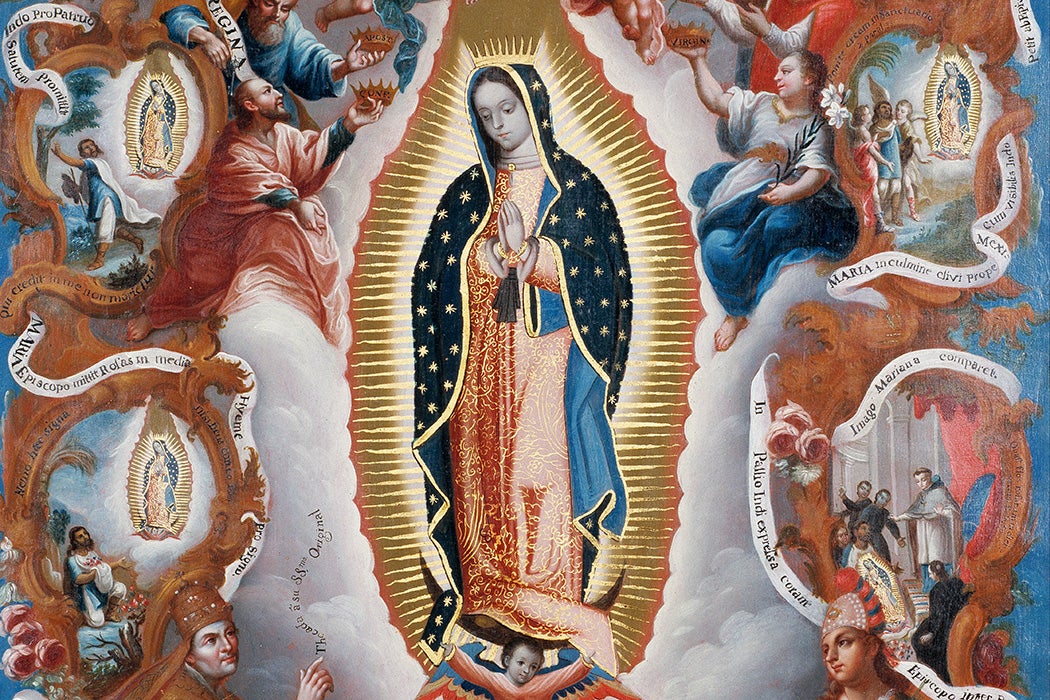 Over the past decade, a rising number of people in the United States have participated in Dry January, taking the month off from drinking alcohol. Back in 2011, criminologists Mary Cuadrado and Louis Lieberman explored a similar, longer-standing Mexican tradition: the Juramento.

At its most basic, a Juramento is a pledge, often to the Virgin of Guadalupe or another saint, to abstain from something—often alcohol—for a set period of time. Unlike Dry January, it’s not done at a particular time of year or for a particular length of time. And, despite its Catholic context, not everyone who participates is religious.

Churches often sell or give tickets to Jurados, which act as symbols of the promise.

Cuadrado and Lieberman describe the basic procedure: Participants, known as Jurados, go to a Catholic church, sometimes making a special pilgrimage to the Basilica of Guadalupe or to another church known for supporting the pledge. There, following the mass, the Jurado promises to abstain from alcohol for a certain period. The ritual involves penance and specific prayers. Churches often sell or give tickets to Jurados, which act as symbols of the promise.

Churches may also help Jurados in more material ways, connecting them with Alcoholics Anonymous (AA) chapters or other self-help groups, doctors, and psychologists. Family members often accompany a Jurado to witness their pledge and then provide support for them during the Juramento.

One of Cuadrado and Lieberman’s informants, Mr. Sanchez, told them that he had made Juramentos for several years. Each time, he did so due to demands from his wife. She explained that when his drinking became too much for her, she would threaten to leave him unless he did a Juramento. His pledges might be for weeks or months, and she accepted that after that he would resume drinking.

“At that point, she will be able to tolerate his drinking for another period of time and then threaten him after his drinking becomes problematic, so he does another Juramento and so on,” the authors write. “They appear to have been on this cycle for the past 15 years.”

Showing a Juramento ticket from a church can stop drinking buddies from pressuring a friend to have a drink. Particularly among men, sticking with the Juramento demonstrates a sense of honor and can win respect from others. Jurados may still go out with friends, acting as the designated driver for the night.

Jurados told Cuadrado and Lieberman that the practice allows them to demonstrate their will power. Many reported that, over time, their self-control improves, and they’re able to remain abstinent for longer. Some also use the Juramento period to build stronger connections with family members and their communities.

Many Mexican AA members and drug treatment providers disapprove of Juramentos since they don’t aim for permanent sobriety. But Cuadrado and Lieberman suggest the practice may help people who aren’t interested in those organizations. Sanchez, for example, said he wouldn’t go to AA because he feared any information he shared there might not actually remain anonymous. For some, Juramentos, like Dry January, seem to offer a different, but valuable, service.

The Virgin of Guadalupe as an Ancillary Modality for Treating Hispanic Substance Abusers: Juramentos in the United States
By: Mary Cuadrado and Louis Lieberman
Journal of Religion and Health, Vol. 50, No. 4 (December 2011), pp. 922–930
Springer