A Slap, Followed by a Duel

Dueling was a dangerous, ritualized response to a real (or perceived) slight. It may also have been a means of proving one’s social and economic capital. 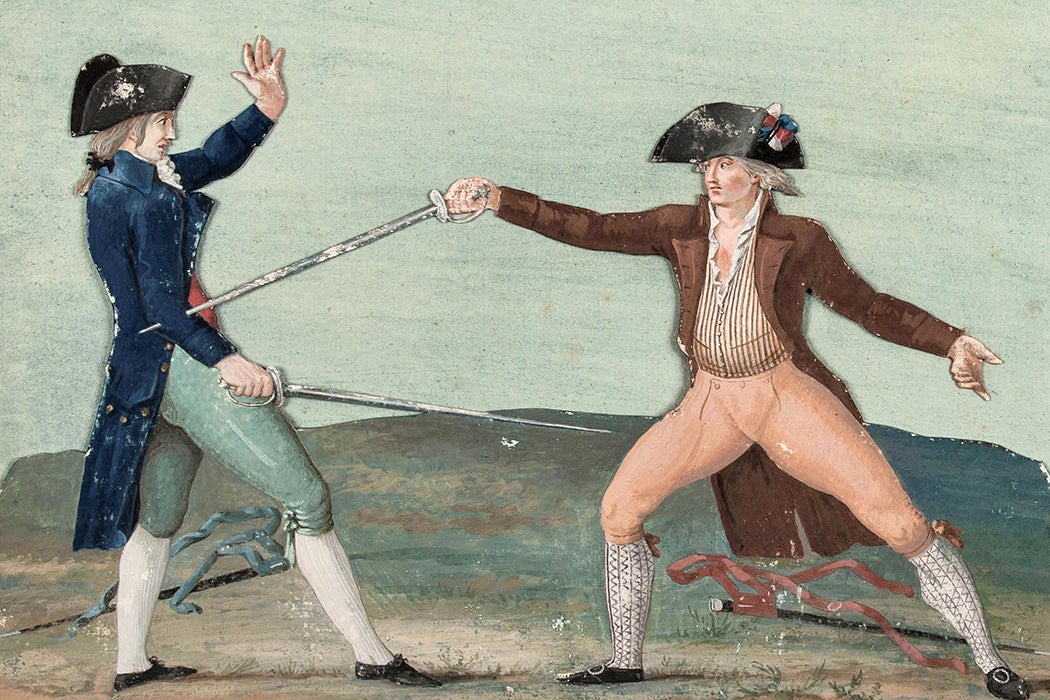 For hundreds of years, something like the Chris Rock/Will Smith contretemps at the Academy Awards might very well have ended in a duel. These were highly codified, one-on-one acts of ritualized violence between aristocratic (and then later, upper-middle class) men that were supposed to satisfy disputes over personal honor. The code duello was also supposed to contain blowback (vengeance, vendetta) from family and social peers—if your person was killed, well, that’s just the way the code worked, and that was to be the end of it.

In a duel, contestants were accompanied by their “seconds,” intermediaries who negotiated the terms of the duel if they couldn’t bring the parties to a peaceful resolution. (In 1842, Abraham Lincoln and James Shields met for a duel but mutually called for a truce instead of going through with it. This was perfectly acceptable.) Usually the duelists met in an isolated spot—for dueling was often illegal, though laws were rarely enforced for those classes for which it  was acceptable—and the men faced each other with swords and/or knives, and then, later in time, with pistols.

Duels didn’t necessarily end in death, but that threat was certainly there. Both the Russian poet Alexander Pushkin and the American politician Alexander Hamilton were already well known when they were killed in duels. (Three years before he was killed by Aaron Burr, Hamilton’s son Philip had been killed in a duel.) Before he became President, Andrew Jackson seems to have dueled at the drop of a slight, with one estimate suggesting he dueled over a hundred times, killing at least one person and taking a couple bullets himself in the process.

Duels were usually considered to be affairs of honor. But what does that even mean?

The duel was a “screening device separating individuals in a world where trust was an important mechanism for supporting political exchanges among a small ruling class.”

Pacing off ten strides, turning around and firing their theories, two different pairs of economists use economic frames to explain dueling for our modern sensibilities.

Douglas W. Allen and Clyde G. Reed argue the duel was a “screening device separating individuals in a world where trust was an important mechanism for supporting political exchanges among a small ruling class.” Duels “filtered out marginal aristocrats who had not invested in unobservable social capital—an investment that constituted a bond to assure performance in the administration of government.”

In a world of personal patronage, social capital—“an inalienable asset that generates value through connections with other people”— was what patrons based their trust of allies on. Playing by the code duello meant trustworthiness in “self-enforced political transactions.” Dueling was class-policing, of itself. In Allen and Reed’s model, the rise of a professional bureaucracy made dueling pointless: civil service brought about an end to it.

Christopher G. Kingston and Robert E. Wright argue that dueling was a way of proving credit-worthiness through character in the informal world of personal credit. “Dueling thrived when and where credit markets were opaque and highly personal in nature, as in early modern Europe, colonial America, the antebellum South, late 19th century Mexico, and rural Paraguay today.” When all you had was your honor as a gentleman, you had to keep proving it. “An attack upon a man’s honor, therefore, was not a trivial affair but rather a dire threat to his business and to his family’s well-being.”

Both of these pairs of economists stress that dueling, however bizarre it seems to us now, had a rational basis in its time. 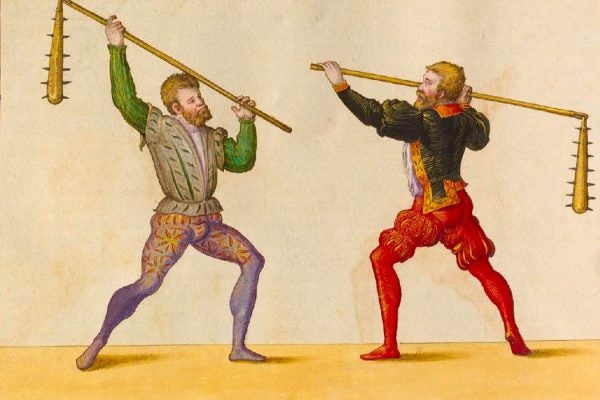