A Century of Black Youth Activism

The history of the 1950s and 1960s Civil Rights Movement is widely studied, but young Black Americans have been organizing for justice for much longer. 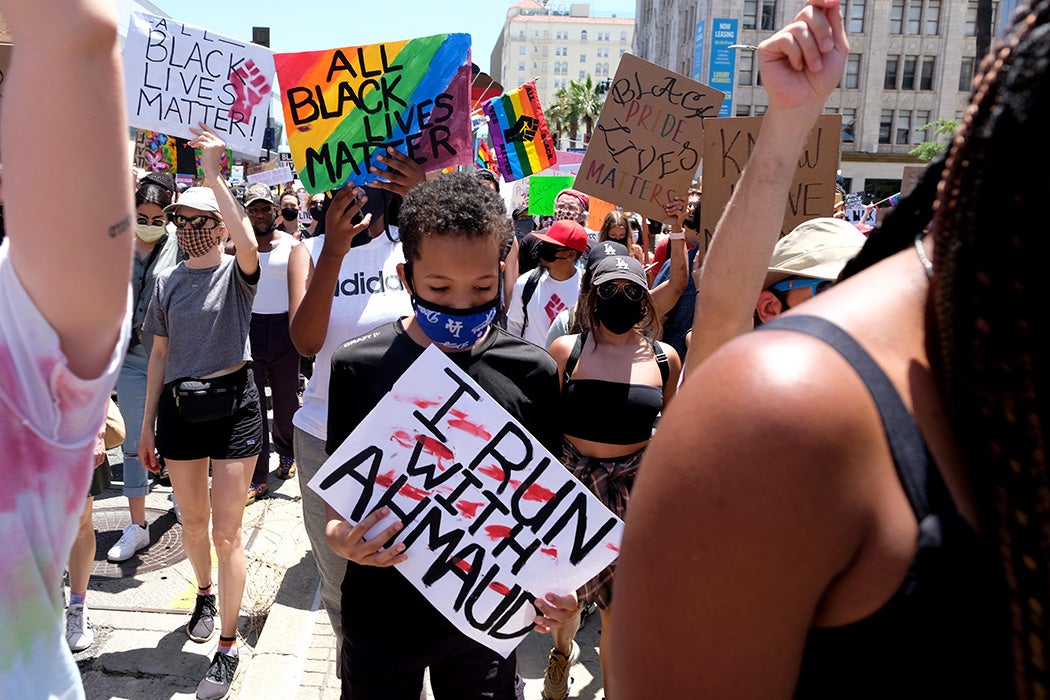 As the school year begins, many young Black activists are bringing ideas and energy from a summer of protest back to their schools (or virtual schools). Whether they’re opposing the presence of police in high schools, seeking comprehensive Black history education, or looking beyond the school walls to community issues, they’re following in the footsteps of a century of young organizers. In 2016, political scientist Sekou Franklin offered an overview of the enormous variety of Black youth organizing over the decades.

As early as the 1920s, Franklin writes, Black students were pushing against the conservative leadership of historically Black colleges and universities. But the 1930s brought a greater upsurge in Black youth organizing. The economic devastation of the Great Depression and the prominent case of the falsely accused Scottsboro Boys radicalized many young people. In New York, Ella Baker helped to form the Young Negro Cooperative League, an economic cooperative. Black young people and their allies formed the NAACP Youth Council and the Southern Negro Youth Congress. In the 1930s and ’40s, these activists fought for anti-lynching legislation, helped in a Baltimore campaign to desegregate department store hiring, supported striking tobacco workers, and fought for voting rights.

By the early 2000s, the Juvenile Justice Reform Movement was mobilizing young people in several states to shut down youth prisons and change sentencing guidelines. In 2007, thousands of young activists and civil rights organizers gathered in Jena, Louisiana, to protest a long jail sentence given to six Black teenagers. Just six years after that, young people began organizing around the #BlackLivesMatter hashtag created by Alicia Garza, Patrisse Cullors, and Opal Tometi in response to the killing of Trayvon Martin.

This year, the lineage of Black youth organizing has helped build what may be the largest protest movement in U.S. history. And young activists show no sign of letting up.

Black Youth Activism and the Reconstruction of America: Leaders, Organizations, and Tactics in the Twentieth Century and Beyond
By: Sekou Franklin
Black History Bulletin, Vol. 79, No. 1, YOUTH EMPOWERMENT: HOPE, ACTION, AND FREEDOM (Spring 2016), pp. 5-14
Association for the Study of African American Life and History