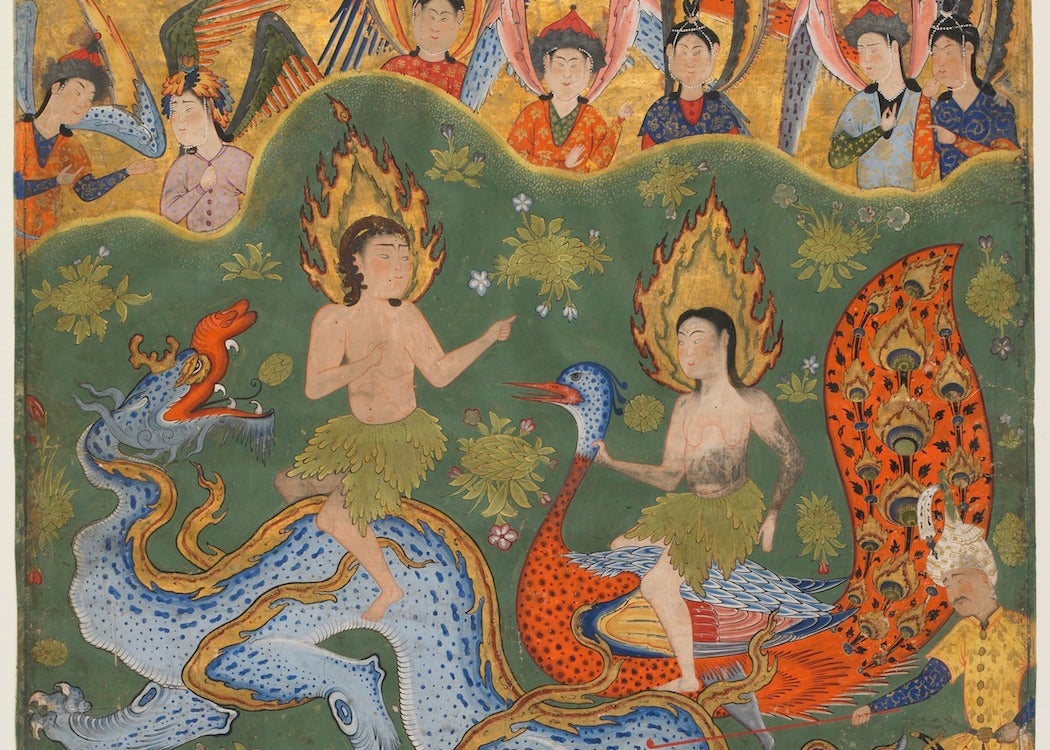 A selection from the Falnama's depiction of Adam and Eve.
via Smithsonian Institution
By: Amelia Soth
4 minutes
Share Tweet Email Print

The end: It’s always nigh but never here. Throughout history, people have believed themselves to be living through the end of the world. The sixteenth century in the Gregorian calendar corresponded to the tenth century of the Islamic calendar. For medieval followers of Shi’a Islam, the turn of the millennium meant that the wheel of history was due to roll over. The end of time was on its way.

How do you live in the last days, when so much is uncertain? For nobles of the Safavid dynasty, the answer came in the form of a book: the Falnama, or Book of Omens. The Falnama is less a book than a tool. It has no single narrative, and it’s not meant to be read from cover to cover. Rather, it’s a genre of interactive texts, a framework for bibliomancy.

To consult a Falnama, you first say a prayer and pose your question: Should I get married? Will I be safe on my travels? You let the book fall open to a random page. On one side of the spread, there is a piece of text; on the other, a full-page illumination. This is your omen. It’s your task to decipher it.

The pages were often around a foot and a half tall, big enough for a small crowd to gather around them and marvel together.

Interpreting the Falnama was not a simple matter. In a sense, it was a test of erudition. The reader had to be able to connect the image on the page to the story from which it came, and to understand that story’s context within the literary and religious canon. Interpreting the omen was a matter of understanding the subtle relationship between text and image, of grasping how each side of the page reflected the other, like a pair of mirrors.

In the Falnama, stories from religion, history, and folklore intermingled. Episodes from the Quran appeared alongside scenes from the life of Plato and Alexander the Great. Moments from famous tales were frozen on the page in colors as bright as stained-glass windows. These “miniatures” were far from mini: The pages were often around a foot and a half tall. They were big enough for a small crowd to gather around them and marvel together, which implies that these books functioned as a form of entertainment as well as prognostication.

In one image, Adam and Eve are expelled from Paradise, and gaudy-winged angels look on as the pair ride out of the garden on the backs of a dragon and a peacock. In another, the Prophet ascends to the seven heavens on the back of the Buraq, rising through a velvety night sky adorned with silky clouds and blazes of golden fire.

Although the images in Falnama texts are drawn from many sources, one theme appears again and again: the apocalypse. Signs of the impending doomsday appeared in the order of their expected arrival in the world: the Beast of the Earth, the false Messiah, the Mahdi or Redeemer, Paradise, and Hell. In the Falnama of Shah Tahmasp, there is a striking depiction of the Day of Judgment. Against a gleaming golden ground, a blue-winged angel holds a pair of scales. At his feet are crowds of tiny people, waiting to be sorted—some lifted up into Paradise, some cast into Hell. Some are bowing, some pleading, some praying, some weeping. Some have the heads of monkeys and others the heads of boars. Some have red frog-like tongues curling from their lips. A few are already being swallowed up by the earth. Their heads poke forlornly out of the rubble.

These images of impending destruction were counterpointed by depictions of the creation of the universe. In this way, the text became a microcosm of time itself, from beginning to end. In the introduction of the Falnama of Sultan Ahmed, the compiler writes that “the world resembles, in its meaning, a book in which the conditions of all nations are written line by line. Both fears and desires may be found in this book, on whose leaves are depicted the morning and the night. Hence, if an augury is taken, the image of the beginning and the end can be seen.” In this metaphor, the universe is a gallery of images, and God, “inscribing the brightness of the stars on the pages of day and night,” is its painter. The world is the book of God, and the Falnama is the book of the world in miniature.

Consulting the Falnama was not like shaking a Magic 8 Ball. Its purpose was not to answer a question with a simple yes or no. The Falnama doesn’t simply tell its reader what’s going to happen next. It requires interpretation. It requires you to connect your story to the cosmological story, to find the way you fit into the scheme. By posing the questions of the daily life to this universe-in-little, readers of the Falnama unveiled the subtle linkages between the mundane and the divine, and discovered their place within the network of symbols that makes up the world. In this way, consulting the Falnama was a means of making meaning out of the chaos of experience. What better way is there to cope with uncertain times?

The 'Restored' Shīᶜī muṣḥaf as Divine Guide? The Practice of fāl-i Qurᵓān in the Ṣafavid Period / المحف الشيعي باعادة استخدامه في الفأل كدليل سماوي: فأل القرآن في العصر الصفوي
By: Christiane Gruber and كريستين غروبر
Journal of Qur'anic Studies, Vol. 13, No. 2 (2011), pp. 29-55
Edinburgh University Press on behalf of the Centre for Islamic Studies at SOAS
ENRICHED NARRATIVES AND EMPOWERED IMAGES IN SEVENTEENTH-CENTURY OTTOMAN MANUSCRIPTS
By: EMINE FETVACI and Emine Fetvacı
Ars Orientalis, Vol. 40 (2011), pp. 243-266
Freer Gallery of Art, The Smithsonian Institution and Department of the History of Art, University of Michigan
A Flash of Recognition into How Not to Be Governed: Physiognomy, Divination, and Ethnographic Art in India, 1780-1840
By: Natasha Eaton
RES: Anthropology and Aesthetics, No. 53/54 (Spring - Autumn, 2008), pp. 244-265
The University of Chicago Press on behalf of the Peabody Museum of Archaeology and Ethnology
PRESENTING VAṢṢĀL KALENDER'S WORKS: THE PREFACES OF THREE OTTOMAN ALBUMS
By: SERPİL BAĞCI
Muqarnas, Vol. 30 (2013), pp. 255-313
Brill 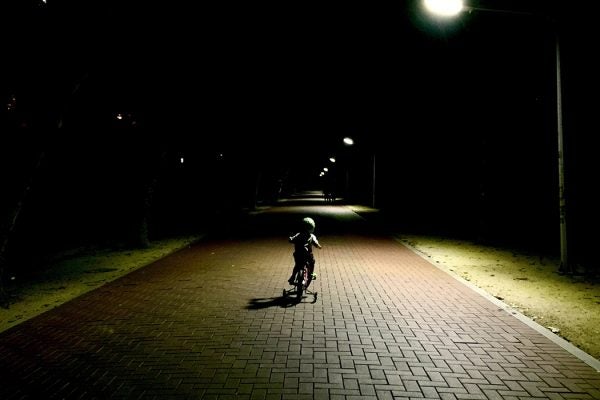