Women pilots were seen as oddities, opportunists, and “too scatterbrained” to fly. The 1929 All-Woman Air Race set out to change that. 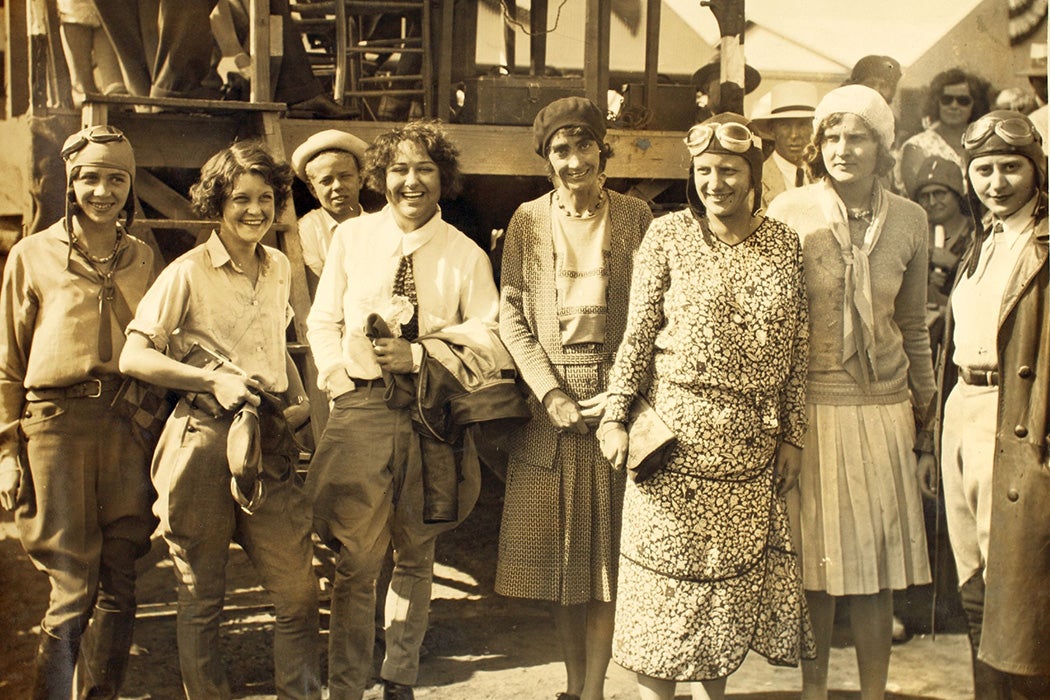 “[T]he world will gradually expect women to fly. It will no longer be news of first page interest when a woman takes to the air,” pilot Opal Kunz wrote in 1929. She, and other women like her, were absolutely making headlines.

At the time, taking to the skies as a woman was difficult. As historian Amy Sue Bix writes, it was hard for women to find training: “[c]ritics warned that women panicked easily and were too scatterbrained to master complex technical matters.” Even those who did ultimately train “were forced to justify their desire to fly against continued doubt, ridicule, pressure, and open hostility.” But the year that Kunz wrote her statement was also the year that a group of women pilots competed in the first National Women’s Air Derby, an air race from California to Ohio.

“[Flying] is not only for men. It is for everyone, everywhere, every day…”

The All-Woman Air race wasn’t just an opportunity to quiet the critics, but a chance to showcase the skills of women pilots. And because many of these women were looked on as either opportunists or oddities, it was also a chance to normalize women flyers. As Frank T. Copeland, the managing director of the Derby wrote in a 1930 article for Aeronautics magazine, “[Flying] is not only for men. It is for everyone, everywhere, every day…”

The prevailing attitude was that piloting was for men, and the first women to attempt it faced opposition. For example, Harriet Quimby, the first American woman to earn a pilot’s license, proposed a solo flight across the English Channel in 1912. But as Bix writes, “a male colleague—skeptical of her ability—offered to substitute for her in disguise.” She refused, completing the flight “despite fog and bitterly cold weather testing her stamina in the open-cockpit.” And for some women, sexism collided with racism. In 1921, Bessie Coleman was the first Black American woman and Native American woman to get a pilot’s license. But because she was barred from enrolling in American flight schools, she earned her license in France.

The Derby represented a step forward. It featured some of the best women pilots in the world, with strict qualifications. The women had to have at least 100 solo flying hours, 25 of those being long distance (then defined as over 40 miles); each plane had to be licensed by the Department of Commerce; each woman had to wear a parachute; and each had to carry a gallon of water and food for three days.

The twenty pilots, including Kunz, “Pancho” Barnes (who would go on to found the Associated Motion Picture Pilots union), and Amelia Earhart took off in two groups— heavy and light engine — on August 18, 1929. The race, which would be known as “The Powder Puff Derby,” was a publicity goldmine; over 18,000 people gathered for their final landing. Along the way, the pilots made several stops for refueling, rest, and what one competitor described as “the round of receptions, the banquets, the speeches and the entertainments.”  Marval Crossen, a pilot from Alaska died in a crash, and Ruth Nichols left the race when her plane collided with a tractor. Fifteen pilots completed the race nine days later,  with Louise Thaden winning the heavy class and Phoebe Omlie winning the light. Thaden, after claiming her victory, explained the race’s impact, “We think we have done something toward proving that women have a place in the air.” 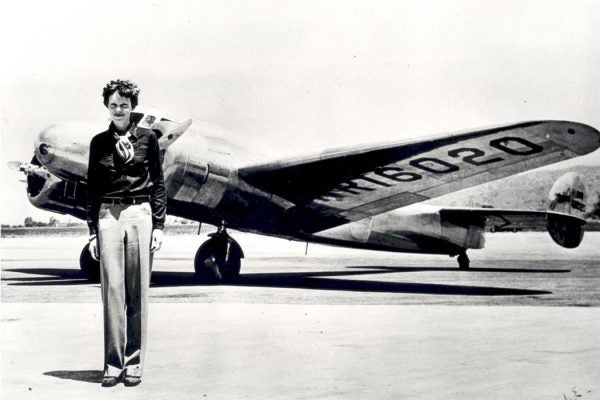