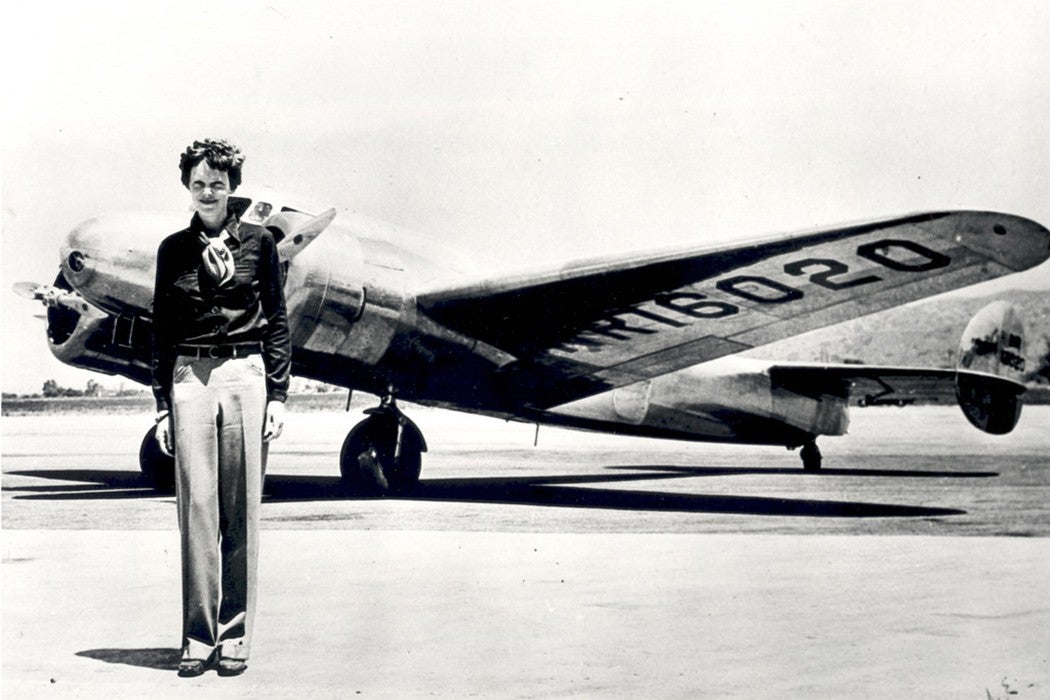 Earhart around 1936, standing in front of the Lockheed Electra
via Flickr/NASA
By: Erin Blakemore
3 minutes
Share Tweet Email Print

A newly revealed picture could prove Amelia Earhart survived her fatal flight. Or not. While you wait for the mystery to unravel—or not—why not ask yourself why you’re so invested, 80 years after the aviatrix’s disappearance and probable death?

Joseph J. Corn has a suggestion—it’s because she taught America to fly. Corn tracks how Earhart and other women pilots of her day introduced Americans to aviation. By making flying “thinkable,” he argues, these pioneering women rang in the airplane age and helped overcome Americans’ skepticism about flight.

The daring of women like Earhart, whose aviation career brought increasing fame throughout the 1920s and 1930s, challenged the stereotype of an aviator as male. Rickety early planes were the territory of men who were not “ordinary mortals,” writes Corn, and the combat planes of World War I further convinced the world that only men could fly. These associations with danger and death made flight fascinating, but not necessarily a must-do for a nervous public. If the aviation industry was going to convince Americans that flying was both possible and pleasant, writes Corn, “It needed women.”

At the time, women were assumed incapable of doing anything a man couldn’t already handle. If the “fragile sex” could hurtle through the air in newfangled planes, the logic went, so could men—and, Corn notes, that mentality “assumed, of course, that women were frail, timid, unathletic, and unmechanical, the very antithesis of intrepid birdmen.”

Of course, women like Amelia Earhart, who was a fan of vigorous exercise and refused to drink or smoke, were extraordinary. But the public had to overlook their powers in order to get up the gumption to fly themselves.

Ironically, that prejudice opened up opportunities. Women began to demonstrate aircraft, sell planes, and participate in daring races. Despite discrimination in licensing and their near inability to land a job piloting commercial flights, women seized their new chance to fly.

Many conformed to gender stereotypes to convince men that flight was safe and even domestic. Corn describes how Earhart avoided goggles, a buttoned-up flight suit, and a helmet whenever possible, preferring tailored slacks and blouses that made flight seem more effortless and accessible.

Along the way, Earhart and her fellow female fliers found a feeling of emancipation from the prejudice they faced on the ground. But that sense of liberation was overlooked by observers who tried to interpret their achievements as no big deal.

Earhart and other early aviatrixes managed to balance the era’s worries about both women and flight. But ultimately, they had to. Corn suggests that if the early aviatrixes had been more aggressive or masculine, they would never have broken through. Look beneath the surface, though—or at the subtle gender-bending in Earhart’s personal carriage and public achievements—and you’ll see that she did more than convince people it was okay to fly. For Earhart, flying was an inextricable part of her identity as a woman. Perhaps that’s one reason we will always want to know more. 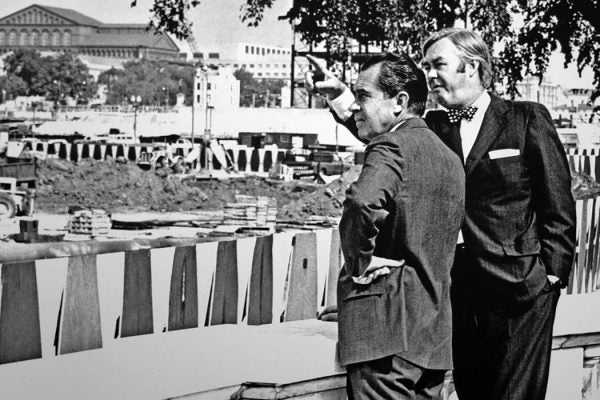